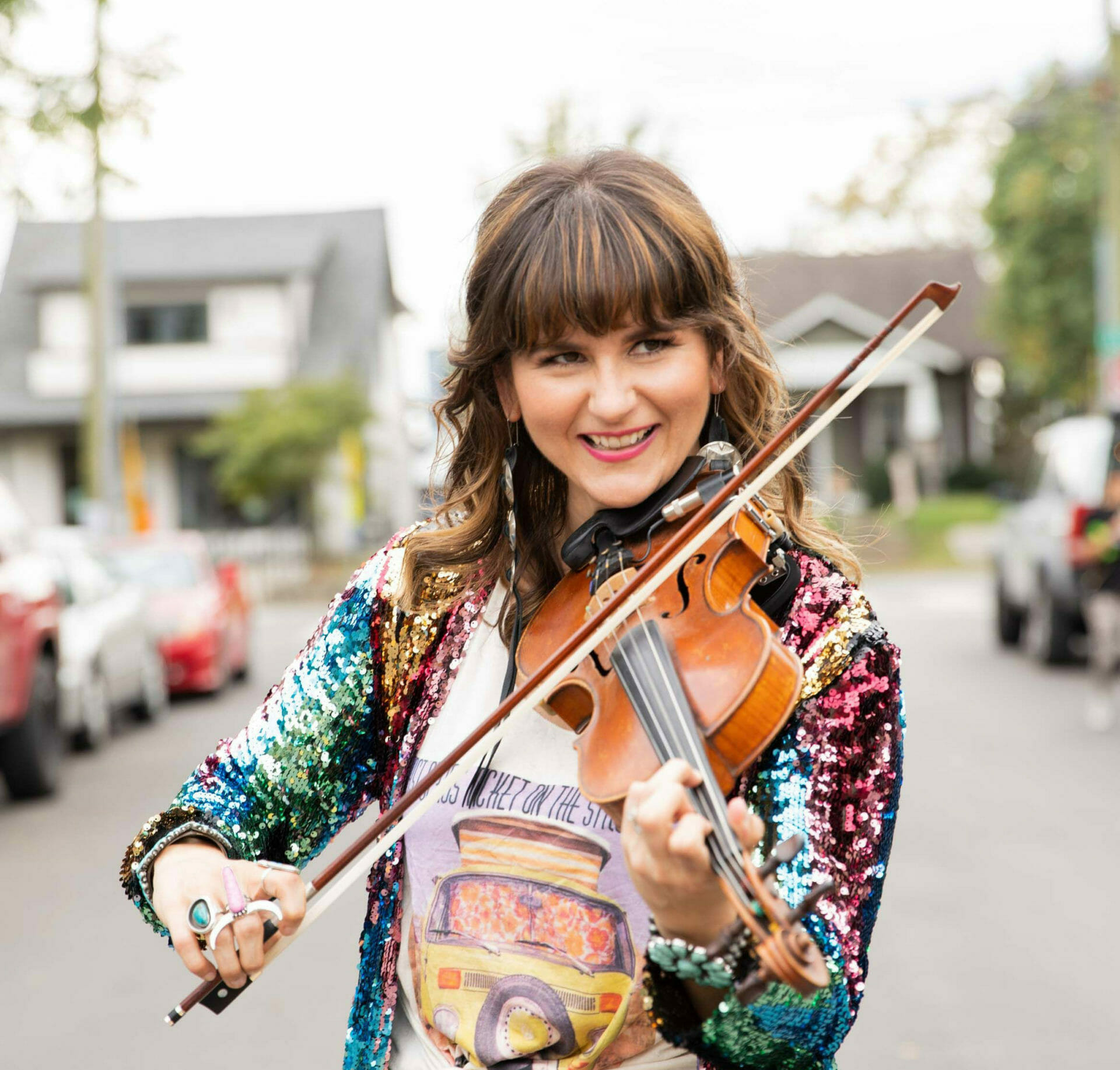 Award-winning fiddle player and Springdale native Jenee Fleenor sure has done a lot to make her community proud.

The two-time Country Music Association Musician of the year – and we might add, the only woman to ever win the award – is considered to be leading the fiddle revival in country music in the modern era.

As the fiddle player in country superstar Blake Shelton’s band, as well as a performer with Aerosmith’s Steven Tyler, and as a member of the house band on NBC’s The Voice, she has entertained millions with her unique talent.

She has toured with Martina McBride and Terri Clark and recorded with Reba McEntire, Trisha Yearwood, Trace Atkins, Rascal Flatts, Don Williams, Cody Johnson, and countless others. She has written songs for Dolly Parton, Shelton, Del McCoury, and others.

So much so, in fact, that the community of Springdale is planning three days of celebrations in honor of Jenee at a series of events set for June 25-27.

The events kick off at 6 p.m. on Friday, June 25 at the NWA Old Time Fiddlers Jam to be held at the Apollo on Emma in Springdale.

After that, Fleenor will serve as Grand Marshal of the Rodeo of the Ozarks parade during the afternoon on Saturday, June 26, where she’ll perform the National Anthem to open the rodeo that evening.

The celebration will culminate at 6:30 p.m. on Sunday, June 27 with a free concert starring Fleenor and Friends, including Jimmy Fortune, Mike Rogers, and Barry Bales at Walter Turnbow Park.

Jenee Fleenor grew up in Springdale and attended Lee Elementary before graduating from Springdale High School.

She began taking violin lessons as a child, but soon discovered bluegrass and western swing music, and fell in love. She moved to Nashville for college but quickly found that her talent for the fiddle was in high demand in the music city. So she decided to quit school to focus on her music career.

A new film starring a Fayetteville artist has been selected for several...

Fayetteville Roots Festival officials have revealed the dates for the...