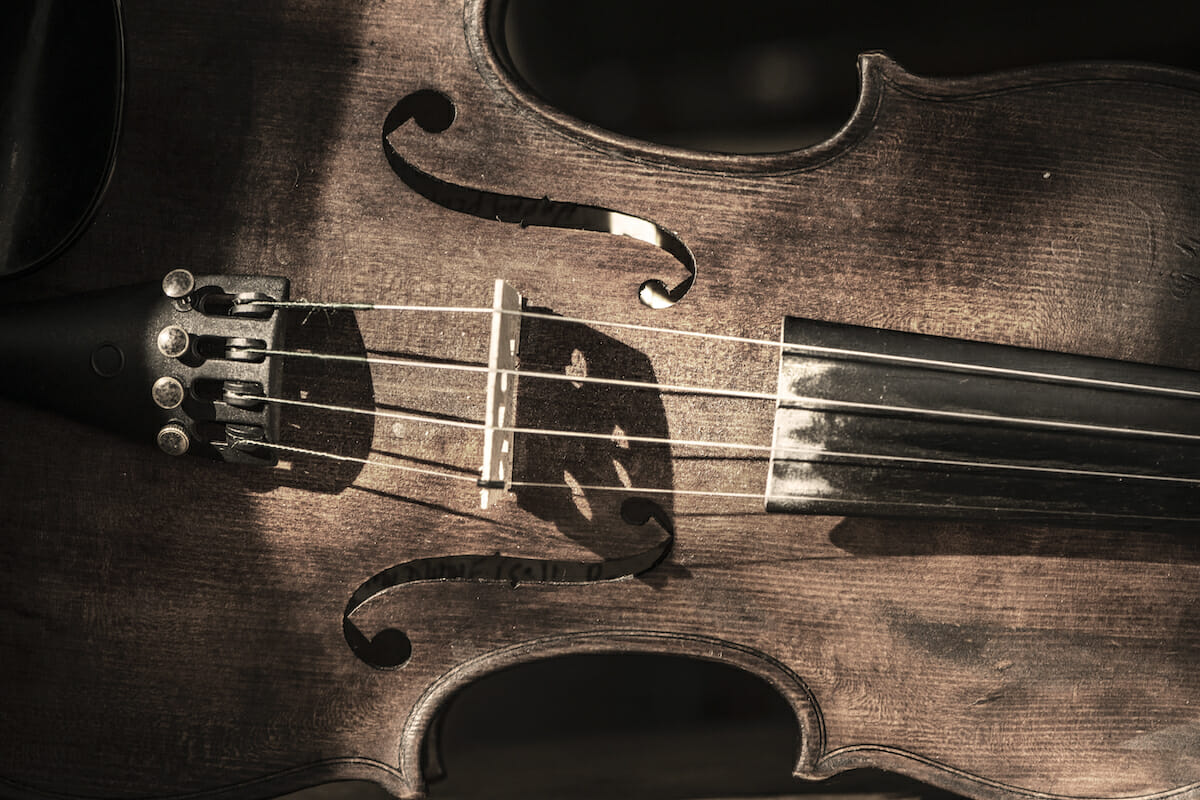 Three decades ago, the fiddle was officially declared the state instrument of Arkansas, representing a love for the instrument and the music played across its strings. The instrument gave birth to a classic Arkansas-based tune and is responsible for lively dance steps and fast smiles in small towns and big gatherings.

My first experience with a fiddle came amongst the pages of the “Little House on the Prairie” books. As Charles Ingalls (Pa) played for Ma, Mary, Laura and Baby Carrie, I could sense the magic created by this little four-stringed treasure. It seemed to bring them comfort, peace and even a sense of nostalgia as they traveled westward looking for a new life. It’s no wonder that early Arkansans felt the same way.

Is That a Fiddle or a Violin?

One of the biggest debates regarding this instrument is the difference between a fiddle and a violin. Actually, they are the same instrument, traditionally crafted with an hourglass-shaped body, an arched bridge and fingerboard and a wooden anchor with four strings. When the instrument is playing folk music, it is likely to be referred to as a “fiddle.” In more classical song examples, it would undoubtedly be called a “violin.”

Although the Ingalls family never traveled through Arkansas, the fiddle brought joy to many who did. The compact size of the instrument made it easy to pack and carry, and common folk tunes didn’t require a high skill level to play. During the 1800s, the fiddle was likely the most common instrument throughout Arkansas and the American West.

The magic of the fiddle also gave way to the famous tale of the Arkansas Traveler. As the story goes, Colonel Sanford (or Sandford) Faulkner was traveling through the Boston Mountains with several companions during a political campaign in the 1840s. They all became lost and stumbled upon a meager log cabin where their request for directions was humorously evaded by the cabin’s resident, whom Faulkner called “the squatter” in a later retelling. The squatter is playing a song on his fiddle, and the story goes on to say that the traveler offers to play the second half of the tune. The traveler picks up the bow and, to the delight of the squatter, finishes the song. The squatter then invites him in for a meal before sending him on his way. Whether Faulkner’s retelling is accurate or not has been lost to time but the melody he created lives on.

In 1947, the official lyrics to “Arkansas Traveler” were penned by the Arkansas State Song Selection Committee and can be found on the Secretary of State website. The song itself may have been referred to as the Arkansas state song from 1949 to 1963, but there is some controversy around whether the Arkansas Legislature ever took official action. In 1987, “Arkansas Traveler” was declared to be the Official State Historic Song by a House Concurrent Resolution.

On a lonely road quite long ago,
A trav’ler trod with fiddle and a bow;
While rambling thru the country rich and grand,
He quickly sensed the magic and the beauty of the land.

Many years have passed, the trav’lers gay,
Repeat the tune along the highway;
And every voice that sings the glad refrain
Re-echoes from the mountains to the fields of growing grain.

Mountain View: The Folk Music Capital of the World

Despite my biggest dreams as a kid, I never traveled west in a covered wagon, and I never got to hear Pa play a tune as the stars twinkled over my head. I have, however, experienced a pickin’ and grinnin’ session in downtown Mountain View, considered the Folk Music Capital of the World. A walk about the town square on any given weekend offers the likelihood of hearing a few renditions of “Arkansas Traveler.”

Every weekend and at various festivals throughout the year, local musicians from Stone County gather in small groups to play music and sing together long after the sun goes down. A draw for many tourists, the various bed and breakfast venues around the square host jam sessions and encourage musicians to hang out on their grounds. The atmosphere around Mountain View is friendly, inviting and laid back. No need to wait for an invitation; if the music moves, jump right in and join a group.

Just up the road a bit is the Ozark Folk Center where the tradition of folk music and crafts is celebrated. This living history park explores and preserves the heritage and tradition of the Ozark Mountain people. Live music performances from talented folk musicians are the lifeblood of the folk center. Additionally, the center is responsible for helping implement the Music Roots program which teaches local school children how to play not only the fiddle but also other folk instruments such as guitars, banjos, dulcimers and mandolins.

Bowing to Arkansans’ continued love for the fiddle and folk music, the Ozark Folk Center hosts the annual Arkansas State Fiddle Championship and Old-Time Fiddle Workshop every August. A fiddler’s convention is held each spring in Harrison, AR, and jam sessions take place year-round in downtown Mountain View. Spend even a few minutes listening to a folk music performance, and the joy the fiddle brings to those around makes it an obvious choice for Arkansas’s state instrument.

Some favorite responses when asked in Mountain View the difference between a violin and a fiddle: