As a young girl visiting my grandparents in Arkansas, I noticed when both of my grandmothers began struggling with memories. During a family game of cards, one grandmother kept forgetting she’d played a card, or she couldn’t remember the rules of the game. Then there was the time when we arrived to find my other grandmother had completely forgotten it was Thanksgiving. Instead of turkey, cornbread dressing, and all the fixings we expected, we had hamburger steaks. No one mentioned a word of this to my grandmother. When I asked what was wrong, I was told she was just getting older, or that it was normal for this to happen. One uncle called it “old-timers disease.” My parents, though, eventually put a name to the disease inflicting my grandmothers. Alzheimer’s.

Alzheimer’s disease is the most common cause of dementia in adults. There are currently more than 6 million adults, mainly senior citizens, living with the disease in the United States, although those numbers don’t reflect many who are likely undiagnosed. In 2022 alone, Alzheimer’s disease and other dementia-related diseases cost the U.S. $321 billion. These numbers are projected to grow quickly as the population ages. It’s likely you know someone who has suffered from Alzheimer’s or someone who is giving care to a person with the disease.

As it progresses from mild to moderate to severe, those inflicted migrate from general forgetfulness to the loss of memories, and finally to being unable to perform even the simplest tasks. There is no cure, and it eventually causes death. If that seems grim, it’s because it is. It’s a serious disease, but there are those, like Dr. Sue Griffin, who are doing the research to find ways to alleviate symptoms, or possibly eliminate the disease altogether.

Sue Tilton was born in 1934 and grew up in Arkansas. She graduated from Fort Smith High School. Her family moved to Los Alamos, New Mexico, and Tilton worked for the Atomic Energy Commission. She also met fellow Arkansan Ed Griffin, who worked for the Los Alamos National Laboratory. The pair married and went back to school. Both were studying science at the University of Tennessee. “When I met people who were doing science, it was like magic,” Dr. Griffin said in a 2018 interview for the Arkansas Women’s Hall of Fame. She earned her bachelor’s and master’s degrees in nutrition. She went on to earn a Ph.D in physiology from the University of Rochester in 1974. While there, Griffin began specializing in neurodegenerative diseases.

Griffin then served as a fellow at Southwestern Medical Center. At Southwestern, she combined her study of the brain with immunology, looking to see how the body reacts to infections. She returned to Arkansas in 1986 to join the department of pediatrics at the University of Arkansas for Medical Sciences (UAMS). Although it might seem odd that a doctor for neurodegenerative diseases had joined a children’s unit, Dr. Griffin said, “They saw the importance of my work.” She studied Down syndrome, epilepsy, and head trauma while in the pediatrics department, but she grew even more interested in how the brain responds to infection and trauma.

Griffin recounts that she had attended a conference on Alzheimer’s where the presenter was showing original slides of a patient’s brain collected by Dr. Alois Alzheimer. In 1906 the doctor had noticed some peculiarities in the brain of a patient who died after memory loss, paranoia, and other symptoms now classified as Alzheimer’s disease. As Griffin studied these slides in the presentation, she made a connection between them and her own work in immune responses. She turned to her companion and said, “I know how this works in Alzheimer’s disease.”

Griffin’s focus is on a cell called a microglia. These cells are responsible for reacting to any inflammation in the brain, whether it’s through trauma or through a neurodegenerative condition. Microglia function a little like garbage collectors. They find cellular debris like dead neurons and dispose of them through phagocytosis, or cell eating. They’re key actors in keeping the brain healthy. They instruct neurons in the brain to make a repair protein called an amyloid protein. A little of this protein will keep the brain in working condition.

But when inflammation occurs too often, as in Alzheimer’s, the protein begins to build into bigger deposits called amyloid plaques. This plaque is what Griffin spotted in the slides of the Alzheimer’s original patient. She was the first to connect the buildup of plaque in the brain is due to its own immune response.

Griffin published a study in 1989 on how neuroinflammation produces an overactive immune response in the brain. The study has become the most accepted theory and basis for Alzheimer’s studies to the present. Griffin continued to work to understand why the brain was developing such a strong immune response. In 2004, a new medical journal was created out of the dynamic work that Griffin and others were doing in the field of neurodegenerative diseases and the brain’s immune responses. Griffin is still co-editor of the “Journal of Neuroinflammation.”

Along the way, Griffin also became the director of research at the Donald W. Reynolds Institute on Aging at UAMS and the Alexa and William T. Dillard professor in geriatric research. Her latest research discovered a certain gene associated with a strong disposition to developing Alzheimer’s, ApoE4 protein, which can interfere with the way cells dispose of cellular waste, leading to plaque buildup.

Griffin is part of the Strategies Towards Overcoming and Preventing (STOP) Alzheimer’s Fund, which raises money for research at the Donald W. Reynolds Institute. “We are pursuing treatment strategies for preventing Alzheimer’s, and the research into those possibilities is going on right here in the Reynolds Institute building,” she said in a 2015 interview. Current research at the Institute continues to focus on ways to improve conditions for those with Alzheimer’s as well as how to ultimately prevent the disease from taking hold.

“There is hope,” Griffin says in a 2018 presentation to the Ryan Institute for Neuroscience. “We’re all invigorated knowing we have this chance to do something.” Griffin advises everyone to take preventative care against Alzheimer’s by limiting head trauma, eating a healthy diet, exercising, and practicing continuous learning. Research shows that one in three cases of Alzheimer’s can be prevented just by following these recommendations.

Dr. Sue Griffin was honored with a lifetime achievement award in 2016 by the Alzheimer’s Association and was inducted into the Arkansas Women’s Hall of Fame in 2018. She continues to do research into the work she’s dedicated her life to in Arkansas.

To learn more about Alzheimer’s, visit the Arkansas Chapter of the Alzheimer’s Association. 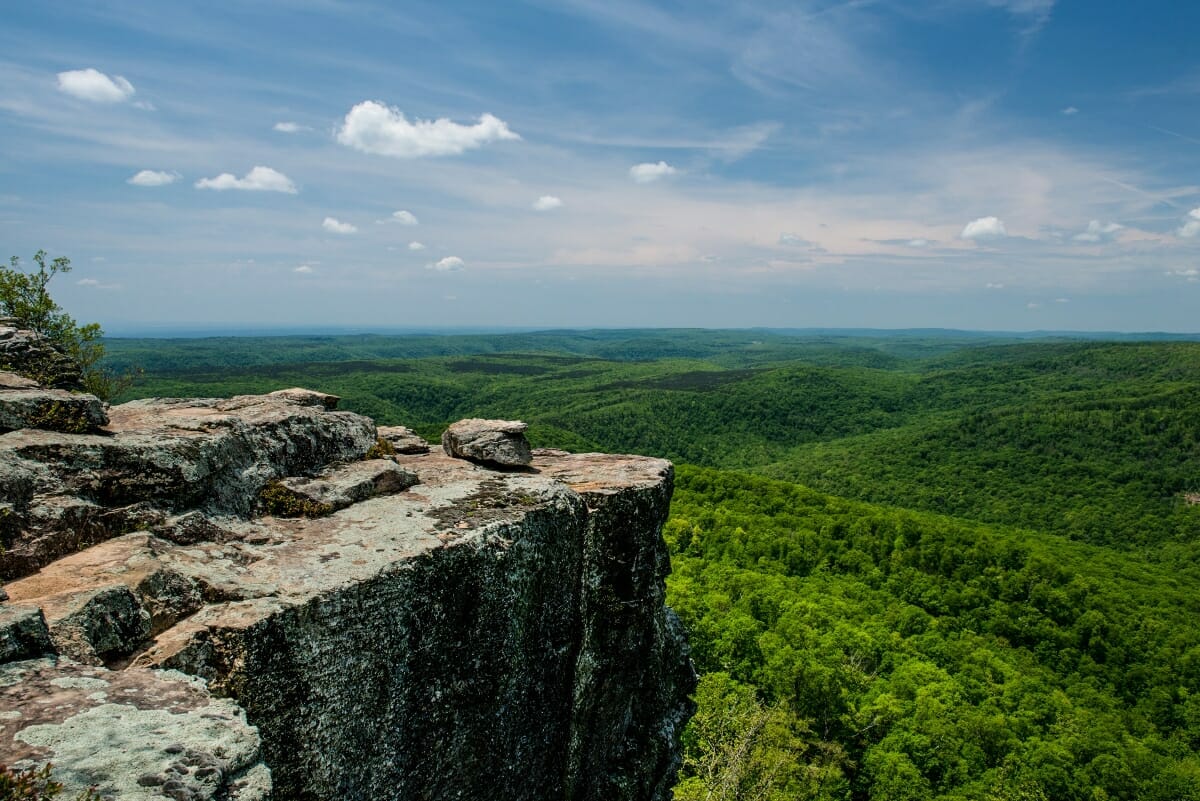 Hidden within the leafy foliage of the Ozark National Forest is one of...