A Pulitzer Prize and Social Justice: The Fletcher Family 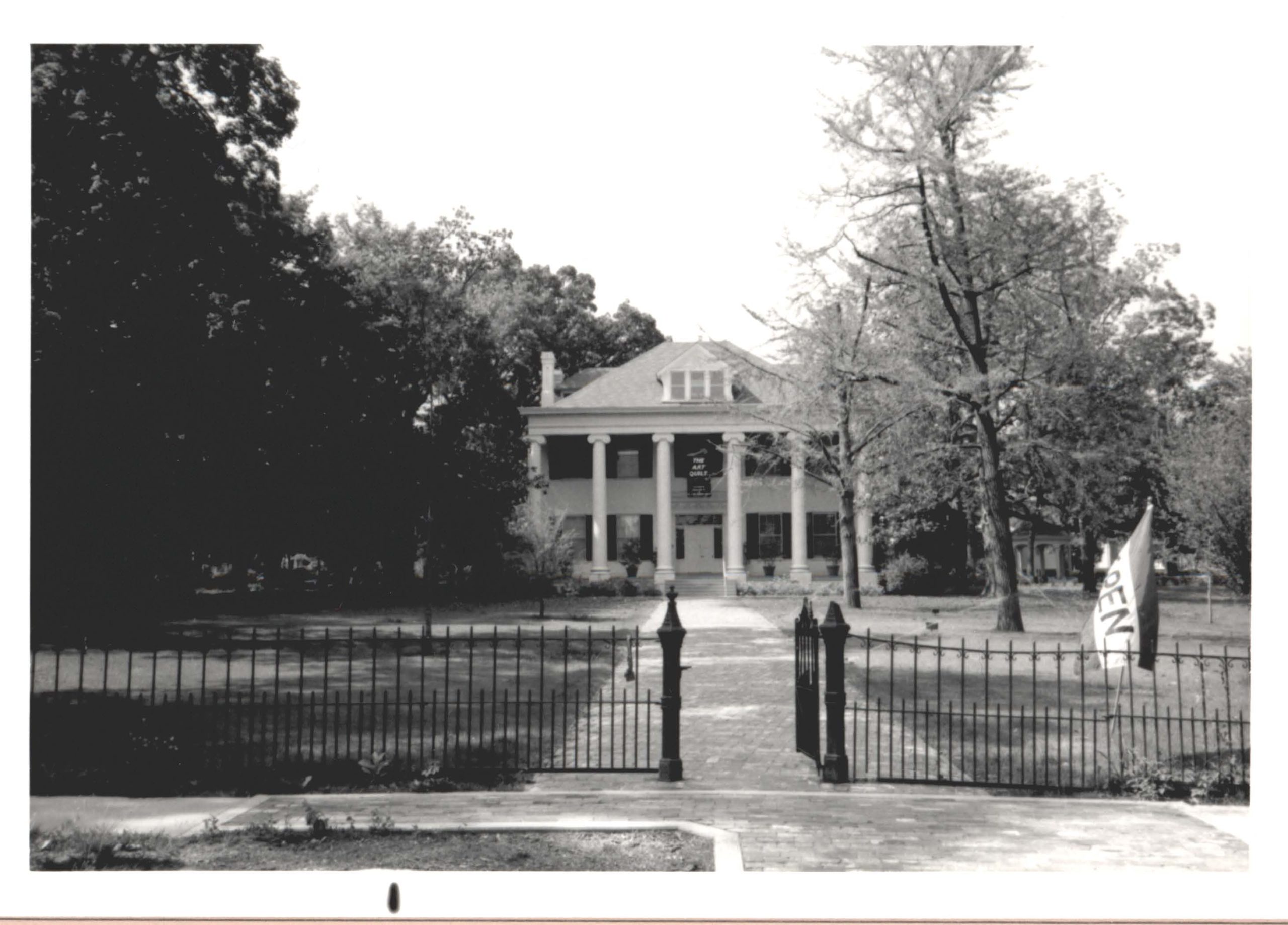 When I was a child, I used to write stories about adventures in the jungle or treasure hunting in a mysterious mansion. I wrote these stories on folded-over bunches of notebook paper, one page covered in my childish writing and the next page a drawn illustration. My spelling left a lot to be desired, so drawings helped the readers (also known as my kind parents who always said “it’s good” even when it was decidedly not good). As I grew older, I became fascinated with Arkansas writers.

When I discovered Arkansas native John Gould Fletcher, I was in college, and admittedly not a big fan of poetry. But Fletcher’s poetry always seemed grounded in reality, not so fancy that the “everyman” couldn’t understand it. His background was as fascinating as his words; a life spent growing up in a Little Rock landmark, traversing the globe, winning awards, and rubbing shoulders with the likes of Ezra Pound. And he wasn’t alone. As I researched further, I discovered his sister Adolphine, a woman ahead of her time, who campaigned for education equality, social programs, and racial justice.

The Fletcher children began their lives in Little Rock inside the affluent cultural landmark known as the Pike-Fletcher house (originally built by Albert Pike, the famous Civil War General). John and Adolphine’s mother was artistically inclined and placed great emphasis on education. She worked hard to instill art and ambition in her children but was notoriously overprotective. Tutors educated the children inside the mansion, and they were rarely allowed to leave the grounds. John grew up reading Poe and Goethe. Adolphine was intelligent and sharp, and her mother encouraged her to attend Vassar College in New York at the age of fifteen.

Adolphine thrived on the East Coast during a time when women barely dreamed of an Ivy League education (or college education at all). She received her degree in 1902. Her brother, on the other hand, did not find his college experience enjoyable. Pressured by his father to study business, John attended Harvard. He did not share his father’s affinity for business, instead leaning toward an interest in the arts and writing like his mother. Upon their father’s death, John received a financial settlement and left Harvard, choosing to forgo his degree and travel to Europe instead. His new fortune allowed him to pursue a full-time career as a writer.

Photo provided by UALR Center for Arkansas History and Culture

While her brother traveled to Europe, Adolphine settled into a life of social activism back in Arkansas. She and a fellow Vassar graduate from Arkansas, Blanche Martin, turned their eyes toward educational needs here at home. They were disheartened by the educational system and worked to transform it into an organizational system with administrators and districts. Adolphine’s work didn’t stop there. She organized the first juvenile court, in addition to programs to help juveniles without homes.

While his sister was busy working to improve her home state, John was living a very different life. He traveled in Italy and settled in London, all the while working intensely on his poetry and rubbing shoulders with some of history’s most famous poets such as Ezra Pound and Amy Lowell. He married, settled down, and had a period of successful publications before life was interrupted by the First World War. Then he returned to live in the United States.

Meanwhile, his sister was immersed in Arkansas activism. She married David D. Terry and had four children (eventually adopting a fifth child). She was one of three white women to participate in an African American group, Young Women’s Christian Association (YWCA). She marched for women’s voting rights, claiming it was “a matter of human dignity.” She became head of the American Legion Auxiliary and secured funds and books for Arkansas libraries. Quietly, and behind the scenes, she worked to open libraries to African American families. A woman of seemingly endless energy, she spoke out against slum housing and participated in the Arkansas Chapter of the Association of Southern Women for the Prevention of Lynching.

After WWI, John returned to England where he grew depressed by the post-war years of rapid industrialism across Europe. It inspired his work, and he soon associated himself with “The Fugitives” and contributed to the I’ll Take My Stand, a manifesto in 1930. It was a controversial collection of essays that rejected industrialism for an agriculture-based society. The group was criticized for romanticizing a southern time-period steeped in white supremacy. John eventually divorced his first wife and moved back to Arkansas. He lived with Adolphine for a while in the Pike mansion and then married the writer Charlie May Simon. They settled into a home named Johnswood, a 2,800-square-foot home overlooking the Arkansas River. At the time it was located “in the country” for Little Rock standards and still stands on Cantrell Road in west Little Rock.

John won the Pulitzer Prize for Poetry for his Selected Poems in 1938. He was the first southern poet, and first Arkansan, to receive the award (a list that would later include the famed poet Maya Angelou). Despite his success, he struggled with anxiety and rage issues stemming from a bipolar disorder. His life was marked by cyclical bouts of depression and anxiety. As he grew older, he was plagued with worries of writing obscurity, worsening health issues, and his depression increased. In 1950 he drowned himself in a pond near his home.

Adolphine would outlive her brother, surviving into her nineties. She would go on to write several books, including one about caring for her disabled daughter called Courage! She spoke out against Governor Faubus when he used troops to prevent black students from attending Central High School. And she founded the Women’s Emergency Committee (the first organized group of whites opposed to the governor and demanding the reopening of the Little Rock’s high schools). By the end of her life, she had a lengthy volunteer resume, including founding the Community Chest (a forerunner to the United Way). She passed away at 93.

Both Adolphine and John Fletcher are buried in the Mount Holly Cemetery. These two siblings led lives of great adventure, success, and are just another fascinating chapter in the list of people interred in the “Westminster Abbey of Arkansas.” Evangelist Myles Munroe said, “Don’t die old, die empty. That’s the goal of life. Go to the cemetery and disappoint the graveyard.” The Fletcher siblings, with their eventful, passionate lives, are a testament to this message. It seems fitting that they would both be interred in Mount Holly, a place of historic significance, full of residents who spent their living years making life count.