8 Winter Birds to Observe in Arkansas 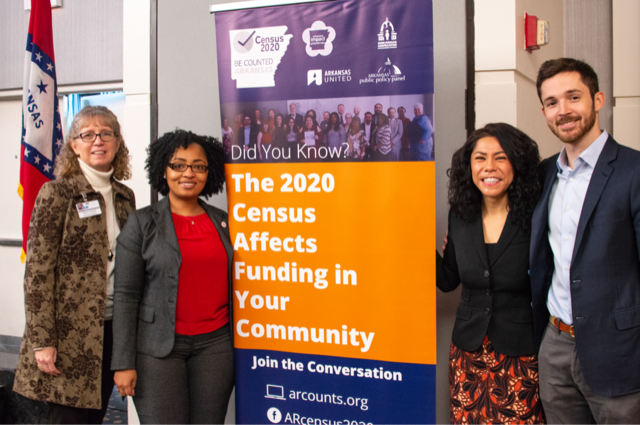 Sure, the very question might bring a mind to the brink of overwhelm during a time when heads are filled with so much else. But it’s precisely the circumstances of the last three months that have created a pronounced dependence on the kinds of state resources the census finances.

This is the opportunity for Arkansans to make sure crucial resources are distributed to the state. To the people. These include employment opportunities, quality education, medical services and roads.

Brad Cameron is the communications subcommittee chair for Arkansas Counts, a coalition committed to census accuracy in the state. He offered the above items not as an exhaustive list, but merely a few examples that connect the dots from filling out a form to bringing home the money.

Typically, the many rural areas in Arkansas have worked against the bureau’s efforts to make sure the state’s population is wholly included. Another barrier has been the concern across immigrant communities that by completing the form, they will record a non-citizenship status, a fear not yet eased by the 2018 Supreme Court decision to remove the citizenship question.

Cameron emphasizes the importance of submitting the 10-minute questionnaire or answering the questions on the phone or in person.

“Unfortunately, Arkansans who stand to benefit most from a complete and accurate count are also the most likely to be undercounted. That’s a big deal because a one percent undercount of our state will result in nearly a billion dollars lost over the next decade.”

With low participation comes consequences: “Every uncounted Arkansan means a loss of approximately $3,000 each year for the next ten years.”

A Look at the Numbers

Due to the COVID-19 pandemic and its subsequent directives and recommendations, operations involving census workers in the field looked different this year. Regular operations have now resumed with a “phased approach,” safety guidelines and trained census employees sent out to deliver questionnaires and collect answers.

A Look at the Representation

Following the 2010 census, there was one representative in the House for approximately 711,000 people.

A Look at Census Law

The U.S. Census is mandated by the Constitution. Since 1790, the country has been at it, attempting to take an accurate count every 10 years.

Resources to Help You Get Counted

Perhaps the best news about the 2020 U.S. Census is that it’s the first in history available online.

In the pandemic-themed spring of 2020, my children didn’t get...

Mark Cloud wants to help you shop where you live. With that purpose in...

Dear Arkansas Parents whose children’s summer camps have been canceled,...