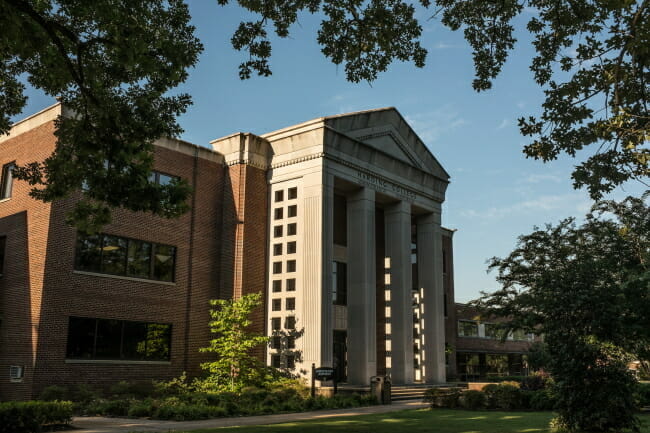 Harding University President David Burks has announced that the University will honor and celebrate Bro. Elijah Anthony and Dr. Howard Wright, the first African-American undergraduate students to earn bachelor’s degrees, by naming the Administration building in their honor. During the years Anthony and Wright attended Harding, the Administration building was the center of campus activity, holding various school events, presentations and chapel. Today, the building remains a prominent fixture on the campus quad housing several administrative offices and a 973-seat auditorium. 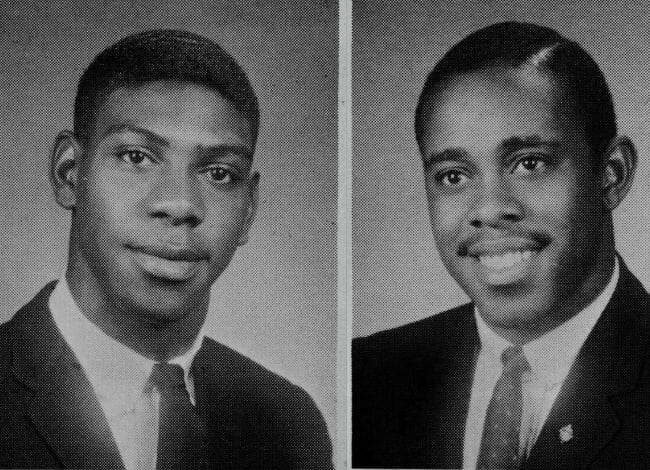 “Elijah Anthony and Howard Wright are deserving of this honor,” said President Burks. “I know both men and am grateful for their faithful leadership. I’m so glad future students will always be able to refer to this iconic building as the Anthony and Wright Administration Building.”

In front of the Administration building, a bronze three-dimensional plaque will bear the images of Anthony and Wright and tell their inspiring story. Nearby, additional plaques will stand — one honoring the first three African American students who enrolled as undergraduates at the University: Lewis Brown, Walter Cunningham and David Johnson. The other will honor the first two African-American students to be awarded graduate degrees from the University: Thelma Smith (’65) and Curtis Sykes (’65). 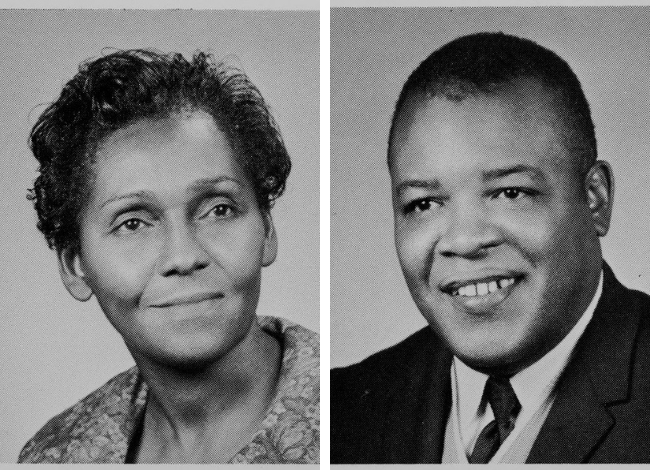 A dedication ceremony that honors these esteemed alumni and celebrates all African-American members of the Harding family will take place during Homecoming weekend, October 2021. Brown, Johnson and Cunningham, who did not graduate from the University, will be awarded honorary degrees during the ceremony, Johnson’s and Cunningham’s posthumously. 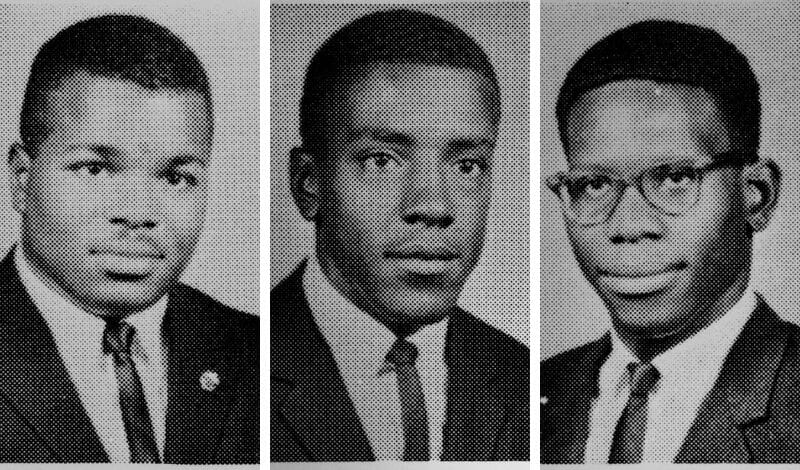 “I am grateful to former President Bruce McLarty for initiating the task force on recognizing the contributions of students of color since Harding integrated in 1963 and to Dr. Burks and the board for continuing this relevant and necessary work,” said Elijah Anthony. “The fact that my time spent at Harding gave no indication that I would ever be honored in this way is a testimony to the growth and progress of Harding University. For that, I applaud Harding’s administration, faculty, staff and students for continuing the conversation toward racial equality and unity. As well, I am humbled beyond expression that God has chosen my experiences at Harding and beyond to influence the lives of untold numbers of young people for generations to come. To God be the glory!”

Anthony was born in Birmingham, Alabama, in 1946 and enrolled at Harding in 1966. Wright was born in Chester, Pennsylvania, in 1945 and enrolled at Harding in 1965. In May of 1968, Anthony and Wright both graduated from Harding University with a Bachelor of Arts in English. Since graduating, Anthony and Wright have been named distinguished alumni recipients, an award given by the University to respected alumni.

“When we stepped onto the Harding campus, we stepped into history,” said Howard Wright. “When we graduated from Harding, we stepped into history. We didn’t come to Harding to make history. We didn’t even know that we were making history. But it was history, nonetheless. No one from the media was present. No one from the university wrote anything about the event in any of the school’s publications. As I think back on our trip to Searcy, Claudine and I had more faith in God than fear of uncertainty, hatred or racism. It was Martin Luther King Jr. who said, ‘You don’t have to have a college education in order to be great. You don’t have to have your subject and verb agree in order to be great. In order to be great, you have to have a heart to serve!’ Since walking across that administration auditorium stage, God has blessed me for 5 and 1/2 decades to walk in the footsteps of Jesus. It’s all about a life of service.”

The University also has plans to remember and honor the life of Botham Jean, an alumnus from St. Lucia, who was murdered in 2018 at his home in Dallas. An announcement with more details will be made soon. 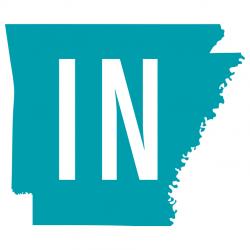 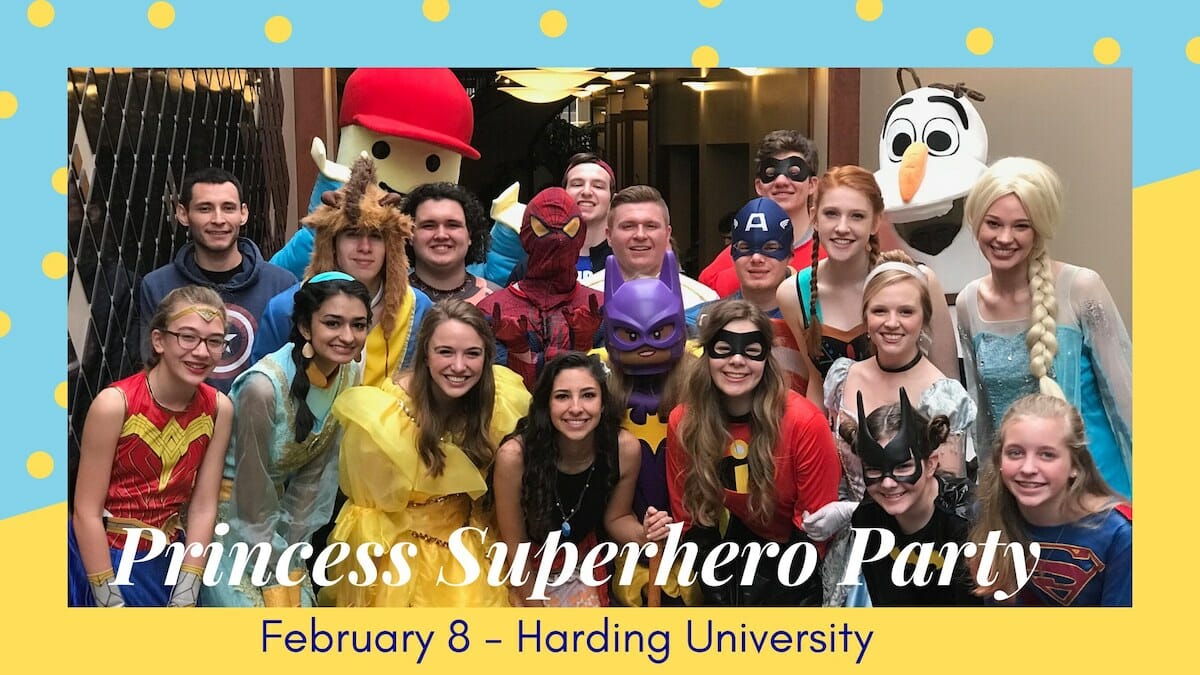 0
0
More Than a Big Game this Weekend