The Last Herk Out of Vietnam 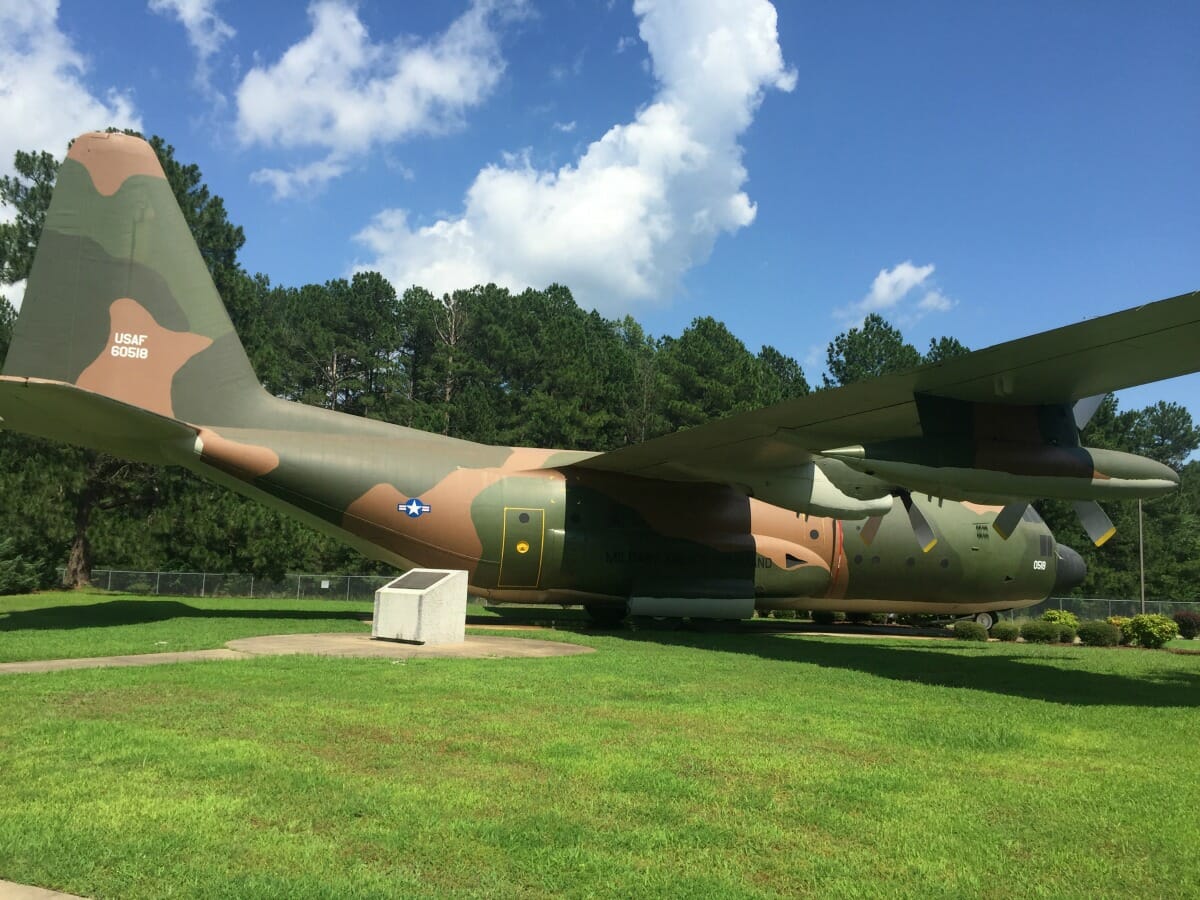 If you have ever driven past the Little Rock Air Force Base (LRAFB), you have likely noticed several massive C-130 aircraft on display. Most of us are aware that LRAFB is known for their work with the C-130 but you may not know that the Herk Tail #56-0518, the static aircraft on display at the main entrance, is actually a significant piece of our history with such a heartwarming and sad story.

The LRAFB has been open since 1955 and is known as the “Home of the Herk,” the C-130 Hercules and is the largest C-130 base in the United States. The C-130 has had the longest production run in the history of the military and is known for its ability to carry and drop supplies into hostile war zones and humanitarian aide locations alike. The base has also been working with the C-130J in recent years which is known as the Super Hercules. The J is faster, can hold more weight, can travel farther and needs a smaller crew. The C-130J has been in production since 1999.

The J is modern and magnificent but doesn’t completely shadow the H. The inside of the C-130A can fit 6 pallets, 92 combat troops or 64 paratroopers. That seems like a lot, and it is, at least until we tell you the story of the Herk Tail #56-0518.

Originally assigned to the 314th Troop Carrier Wing at Sewart AFB in Smyrna, Tennessee from 1964 to 1972, the Herk was given to the South Vietnamese Air Force November 2, 1972 as part of the military assistance program. The U.S. served as the principal ally to South Vietnam in their war against the communist regime of North Vietnam. The Vietnam War, which waged for nearly 20 years, finally came to its end with the fall of Saigon April 30, 1975. The heroic story of the Herk Tail #56-0518 begins just hours before.

Although estimates vary widely, it is most commonly believed that somewhere around 1,353,000 military personnel and civilians lost their lives during the Vietnam War. On April 23, 1975, President Gerald R. Ford had declared the war over during a speech at Tulane University. The crowd responded jubilantly although less than a week later, American troops would undertake a massive evacuation effort to remove thousands of Americans and tens of thousands of Vietnamese from Saigon as the North Vietnam Army encroached upon the city of Saigon.

The evacuation of Saigon has been hailed as both a monumental effort of courage and magnificent failure. As the North Vietnamese forces began to advance faster than anyone expected, it became clear that an evacuation was necessary. As the fighting continued, the State Department ordered the removal of roughly 13,000 troops and civilians, only a small fraction of those directly impacted by the advance of the North Army. As evacuation efforts reached their final critical hours, many military and civilian people of both American and South Vietnam acted heroically in order to get as many people to safety as possible. One of these people was South Vietnamese Air Force Instructor Pilot Major Phoung.

The Tan Son Nhut Air Base was a war zone itself and over 100 aircraft were burning on its flight line. The Herk Tail #56-0518 was the last flyable C-130 remaining and hundreds were storming the aircraft, seeing it as their last chance to reach freedom. The aircraft, designed to hold less than 100 people was crowded with 452 passengers, 32 in the cockpit alone.

As the aircraft taxied down the runway, Major Phoung received word from the loadmaster that they were unable to close the rear ramp door. Major Phoung slammed on the breaks hoping the jarring movement would allow the door to close. The move was successful and with the door finally closed, the aircraft, overloaded by a conservative estimate of nearly 10,000 pounds, needed every inch of the runway and the overrun to finally go airborne.

On route to the safety of Thailand, the pilot became lost over the Gulf of Siam (now known as the Gulf of Thailand). The trip, which should have only taken an hour and a half, stretched to nearly three and a half hours as Major Phoung used a combination of maps and visible landmarks to correctly redirect the aircraft.

The heroic landing resulted in an additional 452 lives being saved during the evacuation effort bringing the total to nearly 130,000 people. That is nearly 10 times more saved than originally ordered by the State Department. Although the evacuation has been criticized over the years, it is clear that much good was done in those final hours.

Following the historic and heroic flight, the aircraft was reclaimed by the United States Air Force and served the 185th and 105th Tactical Airlift Squadrons for 14 years. In 1989, the decision was made to retire the aircraft as a memorial and it made its final flight to the Little Rock Air Force Base June 28, 1989, where it has been on display since.

The C-130 Herk Tail #56-0518 is on static display at the Visitor Center just outside of the main gates of the LRAFB. Parking is available for those who wish to view the display.

Historical photos provided are by the Little Rock Air Force Base and are not verified photos of the actual Herk Tail #56-0518 but are intended to serve as a representation. Special thanks to Cheri E. Dragos-Pritchard, Chief of Media Operations at LRAFB for all her assistance as I researched this article.

6 responses to “The Last Herk Out of Vietnam”