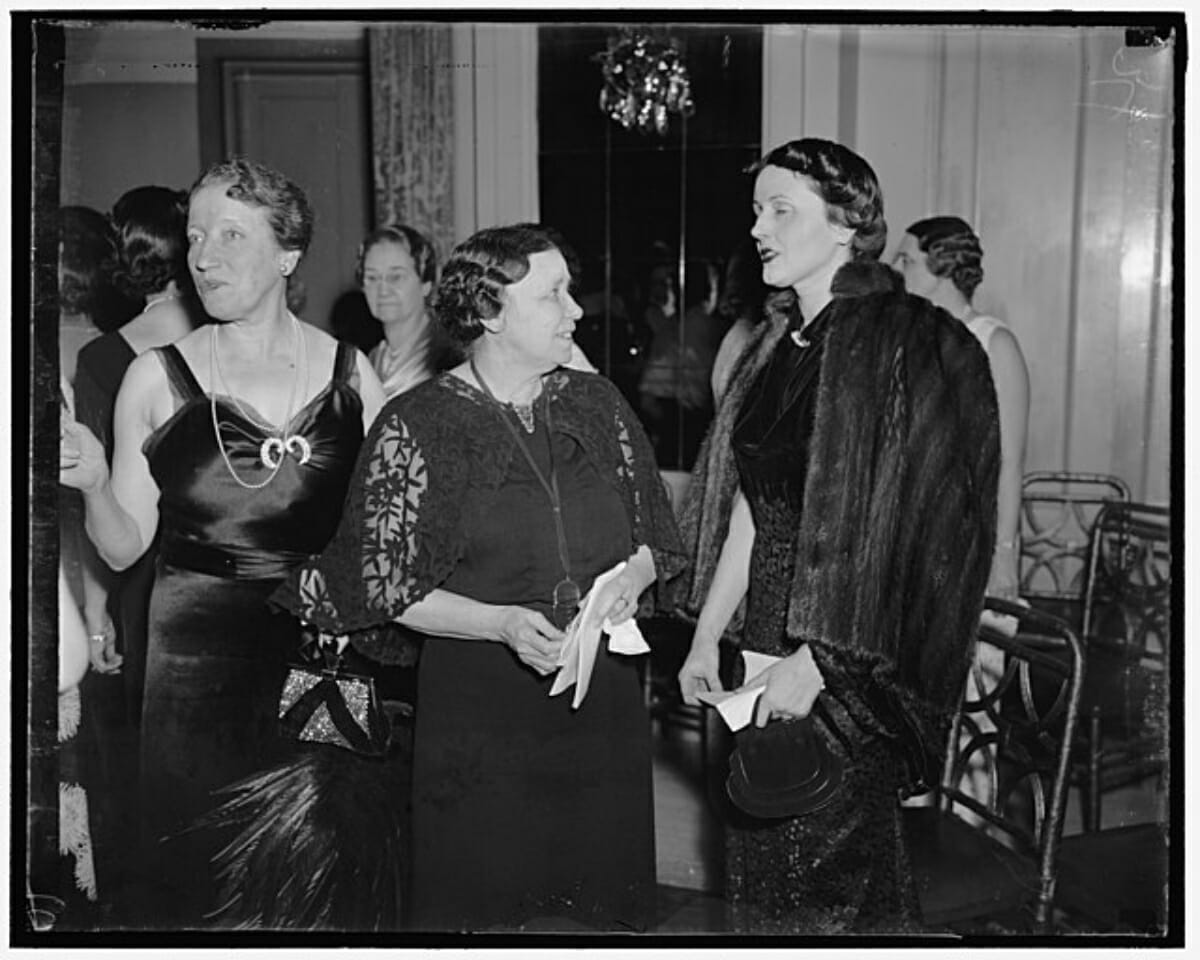 The Natural State is famous for many things: its beautiful mountains and lakes, the Razorbacks, its natural hot springs, and its diamond mine. It is also the home or birthplace of many celebrities. Here are just a few celebrities with ties to Arkansas.

Katharine Alexander is perhaps the first film actress from Arkansas. Born in Fort Smith in 1898, Alexander starred in 44 films between 1930 and 1951. During her 21year career, she had roles in “The Painted Veil,” “Now Voyager” and “The Hunchback of Notre Dame” among many other films. She also acted on Broadway.

Wesley Bentley was born in Jonesboro in 1978 and grew up in Little Rock. He attended Julliard before leaving to start his acting career. Since 1995, Bentley has appeared in 45 films, including the Oscar-winning “American Beauty.” He was also game-maker Seneca Crane in “The Hunger Games.” His latest role is for the television series “Yellowstone,” and the cast has been nominated for the 2022 Screen Actors Guild Award “Outstanding Performance by an Ensemble in a Drama Series.”

Though not a native Arkansan, Jerry Van Dyke retired in Arkansas at his ranch near Hot Springs and called Arkansas home. He was born in Illinois in 1931 and died at his ranch in 2018. He is best known for his role as Luther in the comedy television series “Coach,” where he appeared in 199 episodes. The younger brother of Dick Van Dyke, Jerry Van Dyke enjoyed a long career in television and film.

Mary Steenburgen was born in Newport, Arkansas in 1953. She studied drama at Hendrix College before beginning her acting career. She won an Academy Award for Best Supporting Actress in 1980 for her third film, “Melvin and Howard.” Steenburgen has racked up other awards and numerous film and television credits. She appeared in “Goin’ South,” “Back to the Future III,” “Four Christmases,” “The Help” and many other films. Most recently, she starred in “Zoey’s Extraordinary Playlist” and “Zoey’s Extraordinary Christmas.”

Billy Bob Thorton was born in Hot Springs in 1955 and graduated from Malvern High School. He attended Henderson State University before moving to Los Angeles to pursue acting. Thornton won an Academy Award for Best Adapted Screenplay for the 1996 film “Sling Blade.” Thornton also starred in the film and was nominated for best actor for his role. He also appeared in “Armageddon” and many other films. Thornton has written and directed many films and he won a Golden Globe award in 2015 for his work in “Fargo.” Thornton is also a musician and has released solo albums and 11 albums with his band “The Boxmasters,” with another album releasing in April.

Hattie Caraway was born in Tennessee in 1878 and came to Arkansas after her marriage to Thaddeus Caraway. They settled in Jonesboro to raise a family. Thaddeus served in the U.S. House of Representatives and then became senator for the state of Arkansas in 1921. He died in office in 1931 and the Arkansas Governor appointed Hattie to finish his term, as was customary. In 1932, Caraway first won a special election, then announced she would run for the full term. She was the first woman to win an election and serve as a U.S. senator. She was reelected in 1938, serving two terms as a senator.

Arkansas Governor Bill Clinton delivering an address at the Commissioning Ceremonies of the USS Arkansas on October 15, 1980.

Bill Clinton was born in Hope, Arkansas in 1946 as William Jefferson Blythe. When his mother remarried, he changed his name to Clinton after his stepfather’s name. He graduated from Hot Springs High School and knew from an early age he wanted a career in politics. Clinton served as the attorney general in Arkansas in 1976 and was elected as governor of Arkansas in 1978. He lost the election in 1982 but won again in 1986. He ran for President in 1992, winning the election. He won reelection in 1996. The Clinton Presidential Center in Little Rock houses the William J. Clinton Presidential Museum and Library.

Prime Minister of Israel David Ben-Gurion and J. William Fulbright in 1960. Senator Fulbright was the chairman of the U.S. Senate Foreign Affairs Committee.

William Fulbright was born in Missouri in 1905, but his family moved to Fayetteville in 1906, where he grew up and attended the University of Arkansas. After receiving degrees from the University of Arkansas, Oxford University in England and a law degree from George Washington University, he returned to Fayetteville. In 1944, he defeated Hattie Caraway to become a U.S. senator. He held this position until 1974. His emphasis as a politician was on international understanding and he sponsored the legislation to create the Fulbright Exchange Program.

John L. McClellan was born on a farm in Sheridan, Arkansas and grew up around his father’s law practice. He had his own law practice in Malvern and was elected to the House of Representatives in 1934, serving until 1938. After losing the 1938 senatorial race to Hattie Caraway, he ran in 1942 for the other senate seat and won. He held this position until 1977 and was Arkansas’s longest-serving senator.

Bear Bryant was born in Kingsland in 1913 and attended Fordyce High School, where he was an all-state player. He played for the University of Alabama and won the Rose Bowl in 1935. Bryant then chose to enter coaching and was an assistant at Alabama and Vanderbilt. He coached the University of Maryland, Kentucky and Texas before returning to Alabama in 1958. Bryant won six national championships at Alabama and finished his career with 323 regular-season wins. He retired in 1982.

Bill Dickey was born William Malcolm Dickey in 1907 in Bastrop, Louisiana. His family moved to Kensett while he was young, and to Little Rock during his teenage years. Dickey began his baseball career at Little Rock College and then played for the Little Rock Travelers. Dickey was a catcher and soon signed with the New York Yankees, where he spent 19 seasons. He was inducted into the Baseball Hall of Fame in 1954. Dickey-Stephens stadium, home of the Arkansas Travelers, is partially named after Bill and his brother George. 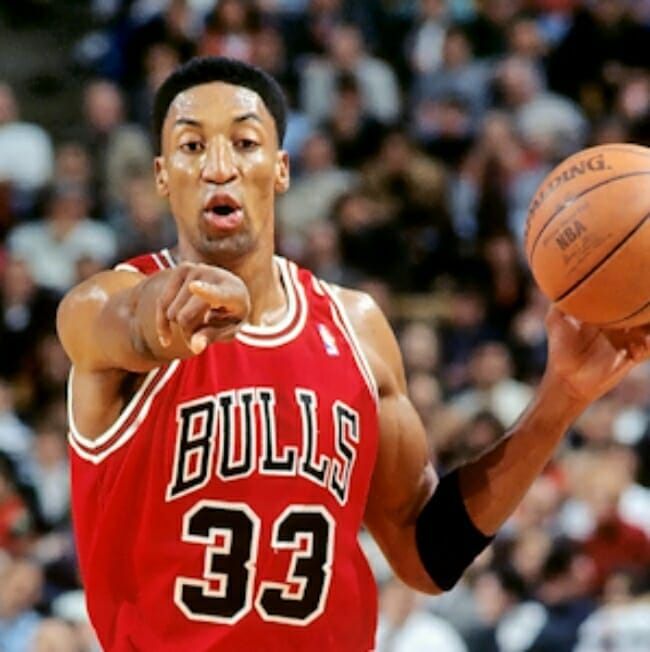 Scottie Pippen was born in Hamburg, Arkansas in 1965. The twelfth child of tall parents, he grew up playing basketball and helped Hamburg High School to the state playoffs. Pippen attended the University of Central Arkansas and joined the basketball team as a walk-on. While at UCA, he grew from 6 ft 1 inch to 6 ft 8 inches tall. He was named a Consensus NAIA All-American in 1987. He was selected fifth overall in the NBA Draft by the Seattle SuperSonics but immediately traded to the Chicago Bulls. In his 11 seasons with the Bulls, the team won six national championships. Pippen also won two Olympic gold medals as part of the Dream Teams of 1992 and 1996. He was elected into the Naismith Memorial Basketball Hall of Fame in 2010.

Bobby Portis was born in 1995 in Little Rock and grew up a fan of the Arkansas Razorbacks. He excelled as a young basketball player at Hall High School in Little Rock and was a McDonald’s All-American. He joined the Arkansas Razorbacks in Fayetteville in 2013 and played two seasons, averaging 15 points a game over his university career. He was selected SEC Player of the Year in 2015. On June 25, 2015, Portis was drafted in the first round by the Chicago Bulls as the 22nd pick overall. He played for the Bulls for four seasons. In 2018 he scored a career-high 38 points in a game against the Philadelphia 76ers. Portis was traded to the Washington Wizards and the New York Knicks. In 2020, he signed with the Milwaukee Bucks. Portis played an integral role in the Bucks’ run at the NBA Championship, which they won on July 20, 2021. Portis is currently averaging 15 points and nine rebounds a game for the Bucks.

Hazel Walker was born in Oak Hill, near Ashdown, in 1914. She began playing basketball for Ashdown High School in 1928 and garnered All-District, All-Conference and All-State honors during her high school career. She then played for the Tulsa Business College Stenographers, where she won the AAU National Championship in 1934 and was named an All-American. She continued to play AAU basketball after graduation until 1946, when she turned professional playing for the All-American Red Heads. In 1949 she started her own professional team, Walker’s Arkansas Travelers. Walker retired from basketball in 1965 and was inducted into the Helms Women’s Amateur Basketball Hall of Fame.

The list of famous Arkansans could continue, with many more actors, writers, musicians, athletes and more “celebrities” added to the list. The Natural State is full of talented people, in the past and present, and is sure to add many more famous people to the list in the future.