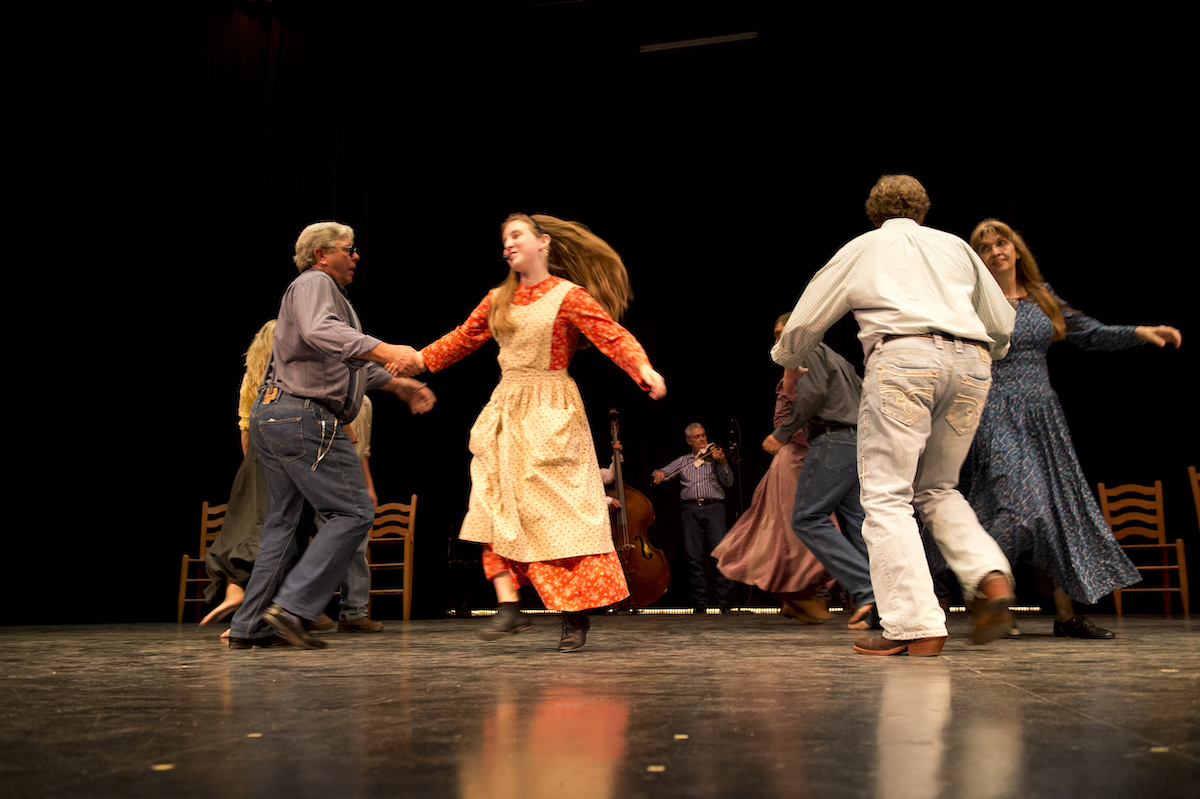 There wasn’t much that could motivate me as a fourth-grade girl more than the possibility of getting partnered with the cute boy in class for the daily square dance lesson. Though it wasn’t the official dance in my childhood home state, Arkansas made square dancing the official state dance in 1991.

Fourth grade was a memorable experience. I moved with my family to a new school in a new state and suddenly became interested in boys. The motivation and enthusiasm that came with that early square dancing reflect the community and cooperation that contributes its heritage in the United States.

Much as our country is a melting pot of cultures, so too is square dancing. It resembles Morris (Morisk or Moorish) dance first seen in 15th-century England and brought to America by early settlers. As cultures and backgrounds mixed, the dance evolved and took on influences of quadrille and folk dances from several other European countries. Eventually, Native American and African-American dancing contributed to the creation of what we know today as square dancing.

Making its official debut in 1651, square dancing was quite popular until the early 1900s when it fell out of favor, and other popular dances took center stage. Following World War II, square dancing gained popularity once again and remains an important event for many communities.

Photo provided by the Arkansas Department of Parks and Tourism.

In 1991, by an Act of the Arkansas General Assembly, Arkansas became the 14th state to declare square dancing as their state dance. State Sen. Jack Gibson introduced the bill that proposed that the square dance be named the “American folk dance of the State of Arkansas.”

Among the arguments included in the bill were:

WHEREAS, square dancing is a traditional form of family recreation which symbolizes a basic strength of this country, namely the unity of family; and

WHEREAS square dancing is an activity for young and old, where senior citizens enjoy dance and fellowship and where disabled persons become skilled, happy and “handicapable” dancers

According to Royce Beasly, current president of the Arkansas State Square Dance Federation, those two ideas are still guiding forces for the dance in Arkansas. The ASSDF was formed in 1949 and continues to elect officers each year and supports square-dancing clubs and events throughout the state.

Photo provided by Brian Stark originally appeared in this article.

Beasly didn’t become involved in square dancing until just over ten years ago. After his wife died, he began dating Cathy, an active square dancer. Cathy volunteered Beasly during a club meeting one evening after someone mentioned that they needed to recruit new members. He laughed and said, “Gimme two shots of Crown, and I can dance with the best of them.” (His statement was in jest; all square dancing clubs have a strict rule against drinking before or during the dance).

“I did some research and discovered that square dancing can actually add a few years to your life. When I saw Homer Smith (an active square dance participant in his 80s) out there not just square dancing but round dancing and line dancing too, I knew I could, and should, do it.”

Beasly believes Smith’s involvement in square dancing was one of the things that kept him healthy and active throughout his senior years. Beasley himself got involved in the dance because of a woman, but it also helped get him in better physical shape. He and Cathy are now husband and wife.

Beasly calls square dancing “good, clean family fun.” The clubs don’t allow drinking, welcome families and children, and the dance keeps participants both physically and mentally active. He says they often see participants as young as five and some well into their 90s.

First graders perform for their parents and community at Julia Lee Moore Elementary in Conway. Photo used with permission.

Although schools don’t require students to learn to square dance, many forward-thinking teachers have caught on to the benefits of using it in their classrooms. Bryan Cole, an elementary music teacher at Julia Lee Moore Elementary in Conway, has been teaching square dancing for around 15 years.

Each year just before Christmas, Cole introduces his first-grade students to square dancing. When they return from the holiday break, the students are fully engaged in learning the dance, culminating in a program typically held each April.

Nellie Henderson, a former music teacher, had taught square dancing to fifth-graders for much of her career. A group of her students decided that Cole needed to learn how to square dance so he could continue the tradition and devoted time to teaching him the art of the dance.

“I chose to teach first-graders because it helps with gross motor skills and listening skills, both critical for that age group.”

Cole says the first-grade square dance program is usually his most attended. Although he doesn’t formally continue teaching square dancing in subsequent years, students often request it, and it has become a fun treat that he uses on occasion. As it turns out, square dancing is being taught in quite a few schools across the state by music, physical education and history teachers. Students seem to love it!

In Prairie Grove, Arkansas, the tradition of square dancing runs deep. Held each year at the Prairie Grove Battlefield State Park, the annual Clothesline Fair has been gathering artists, crafters, musicians and square dancers for over 60 years.

Each year, children in fourth, fifth and sixth grade participate in exhibition dances while older children compete for recognition in the areas of outfits, technical skills, ability to execute the moves and crowd participation.

It is not uncommon for children to start learning quite young. Natalie Bartholomew of Prairie Grove is a second-generation square dancer who began dancing at the age of four.

“For those of us who have deep roots in Prairie Grove, it’s likely that we are second or third-generation square dancers. My mom, Cheryl West, square danced as a kid and eventually “called” younger groups when she got older. Both my father and mother-in-law, Steve and Mary Bartholomew, grew up dancing, and my father-in-law called younger groups as well.”

Bartholomew and her twin sister, Lindsay West Kennedy, grew up square dancing. So did her husband, Colt Bartholomew.

“My husband was quite the athlete, being named an all-state halfback his senior year and leading his team to be undefeated in conference play. I will never forget him saying, ‘We beat Farmington in football AND in square dancing!’ Now, I don’t know about you, but there aren’t many jocks that could say that and be not only totally serious when he says it but also totally understood by his peers. Square dancing is that big in Prairie Grove, and people take it that seriously.”

The Bartholomew’s son continues the tradition as a third-generation square dancer.

While my square-dancing career began and ended with fourth grade, I still hold a strong appreciation for the dance. It is exciting to watch the skirts swirl and the feet shuffle. I now understand the cooperation that must take place along with the physical strength and endurance that dancers need to keep the square from breaking.

Square Dancing Around the State

A lull in recent years has some fearing that square dancing will eventually fade away as participation dwindles among younger generations, but ASSDF hopes to see it grow.

Square dancing remains alive and well in Arkansas. There are currently at least 15 active square dance clubs and organizations across the state that hold regular dances. Dances take place every night of the week; observation is invited, and participation is encouraged.

As we head into festival and county fair season, this important part of Arkansas and national history will frequently be intertwined with celebration. I highly recommend that you check out the schedules and make plans to watch a dance or two. Look no further than your local square dancing club for a fun and physical activity that supports community.

Header photo provided by the Arkansas Department of Parks and Tourism.

One response to “Square Dancing in Arkansas”