The 1918 Spanish Flu Outbreak in Arkansas 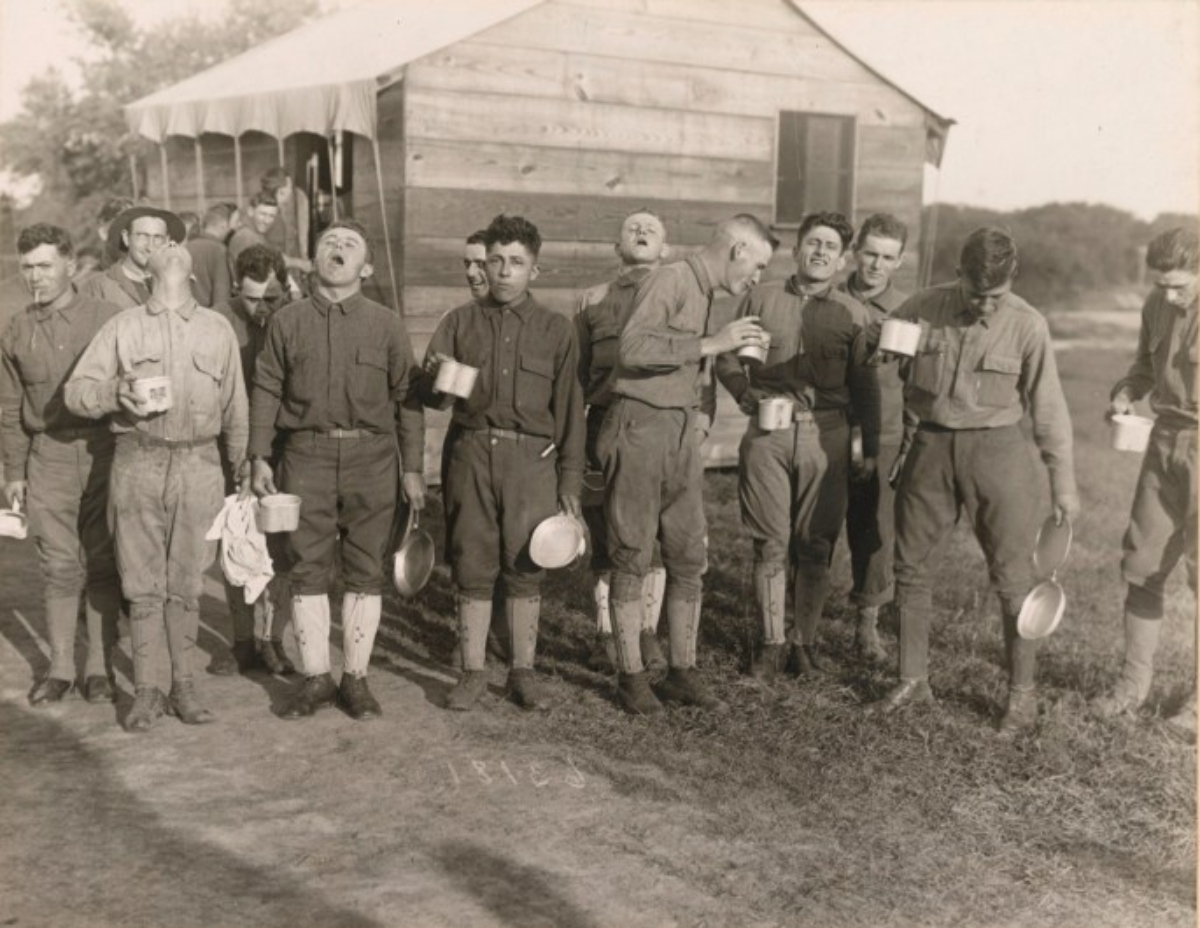 The recent Covid-19 outbreak has been challenging for Arkansas and the world, but pandemics have been around as long as humans.

According to the Centers for Disease Control and Prevention:

But, one of the most notable ones to hit the United States was the Spanish Flu in 1918.

At the beginning of 1918, the United States was more concerned with World War I than a pandemic. The country entered the war in April of 1917. The U.S. had a standing army of 378,000 at that time, but in June of 1917, a draft was instituted to increase the number of troops. To train the influx of new soldiers, the army established large camps holding 25,000 to 55,000 soldiers at a time. Camp Pike, near Little Rock, was one of these camps.

The new training camp was built on 13,000 acres north of the Arkansas River. Construction began in June and finished in December. The first troops arrived in September of 1917 as 1,500 troops took residence in brand new barracks. New soldiers quarantined in their barracks for ten days to avoid spreading any contagious diseases. However, the Spanish Flu wasn’t on the radar as one of these diseases. Instead, measles, influenza, smallpox and diphtheria, among others, could be spread among the close quarters within the camp. Though Camp Pike was originally built to hold up to 65,000 men, its numbers swelled to as many as 100,000 by the fall of 1918. Even when the camp’s numbers were a more manageable 50,000, it nearly equaled the population of Little Rock.

The first recorded cases of Spanish Flu in the United States are in the spring of 1918, though it likely arrived earlier in the year. It picked up the moniker Spanish Flu because Spain was neutral during the war and its media was unaffected by censorship. While countries fighting the war strictly censored information about the growing pandemic, afraid it would affect morale, Spain reported alarming details about the deadly disease. As the outbreak spread, many people attributed the disease to Spain, where it was first reported. In fact, Spain blamed France and called it the French Flu. The source of the outbreak remains a mystery.

One of the wards for medical cases at Base Hospital #17 at Dijon, France, 1919. Library of Congress

The 1918 flu was a strain of H1N1, the same strain that caused an outbreak in 2009. The 2009 outbreak saw 60 million infections, with 12,469 deaths. In 1918, this strain proved far deadlier. Infections in the U.S. continued to grow through the spring. By August, cases began to show up in army camps across the nation. With so many people crowded into small spaces, the camps were particularly vulnerable. At Camp Pike, at the beginning of September, the camp hospital saw on average 17 new patients a day. By September 26th, that number hit 797 new patients. The hospital was overwhelmed with 7,600 sick patients, with 62 of the 240 medical staff also infected.

The Spanish Flu killed young, healthy adults quickly by flooding their lungs with fluids as the immune system tried to respond to the attack. Doctors had never seen a flu strain that killed young adults in such large numbers. The army training camps, which held an average of 40,000 to 50,000 young soldiers, became centers for the pandemic. The flu was also easily transmitted worldwide with troop movements, especially as soldiers crammed together in boats and trains on their way to the war. In Arkansas, Camp Pike quarantined the entire camp in an effort to contain the spread of the disease, but by October 500 cases had appeared in Little Rock. Public officials did little to inform people of the pandemic, fearing widespread panic. Instead, they downplayed the spread. An October issue of the Arkansas Gazette wrote, “Spanish influenza is plain la grippe — same old fever and chills.”

Protection against influenza. Men gargling with salt and water after a day working in the War Garden at Camp Dix. National Archives  165-WW-269B-6

At the same time, Camp Pike was in the throes of a terrible outbreak. Over four days in October, 8,000 soldiers were admitted to the camp hospital. Out of space, the hospital began lining hallways with double rows of cots filled with sickened soldiers. The state of Arkansas eventually had to acknowledge the seriousness of the pandemic. Little Rock alone had 9,813 recorded cases in October.

The Arkansas Board of Health put the entire state under quarantine, closing down schools, theaters and other public spaces. Retail shops shortened their hours of operation. In Little Rock, nearly one in four people caught the flu. Pulaski County lifted the quarantine on November 4th, although each county became responsible for monitoring restrictions in rural areas. Election day on November 5th saw low voter turnout across the country. On November 11th, Germany signed an armistice with the Allied Forces, effectively ending the war.

Once the war was over, media attention fell on the ongoing pandemic. As the flu spread from central Arkansas to the rest of the state, citizens were encouraged to quarantine and cover their coughs and sneezes. J.C. Geiger, the public health service chief in Little Rock who once likened the Spanish flu to a common cold, launched a campaign against public spitting. Face masks were encouraged at first, but there was widespread public resistance to them. With no vaccines and essentially no medicines to fight the flu, doctors prescribed aspirin in large doses, a practice doctors now know is toxic.

Camp Pike recorded 13,500 cases of the flu and 466 deaths. Though the flu began to recede in the central part of the state, in rural communities, it raged through families whose deaths likely went unrecorded. The official death toll for the state was 7,000, although it’s likely the actual toll was much higher. Poor communities and African American communities suffered from lack of access to doctors and hospitals. The United States recorded 670,000 deaths, while worldwide, the number reached at least 50 million, though some estimates are closer to 100 million. By the end of 1919, the Spanish flu, or great influenza, disappeared. It’s estimated the Spanish flu infected at least 25% of Americans and one-third of the world’s population.

In the early 1930s, scientists discovered the flu was a virus. By 1940, a flu vaccine had been invented. Though the U.S. has experienced a few pandemic flu seasons since 1918, none have been as devastating. Arkansas moved forward after the 1918 pandemic, but the Spanish flu touched the lives of everyone in the state.