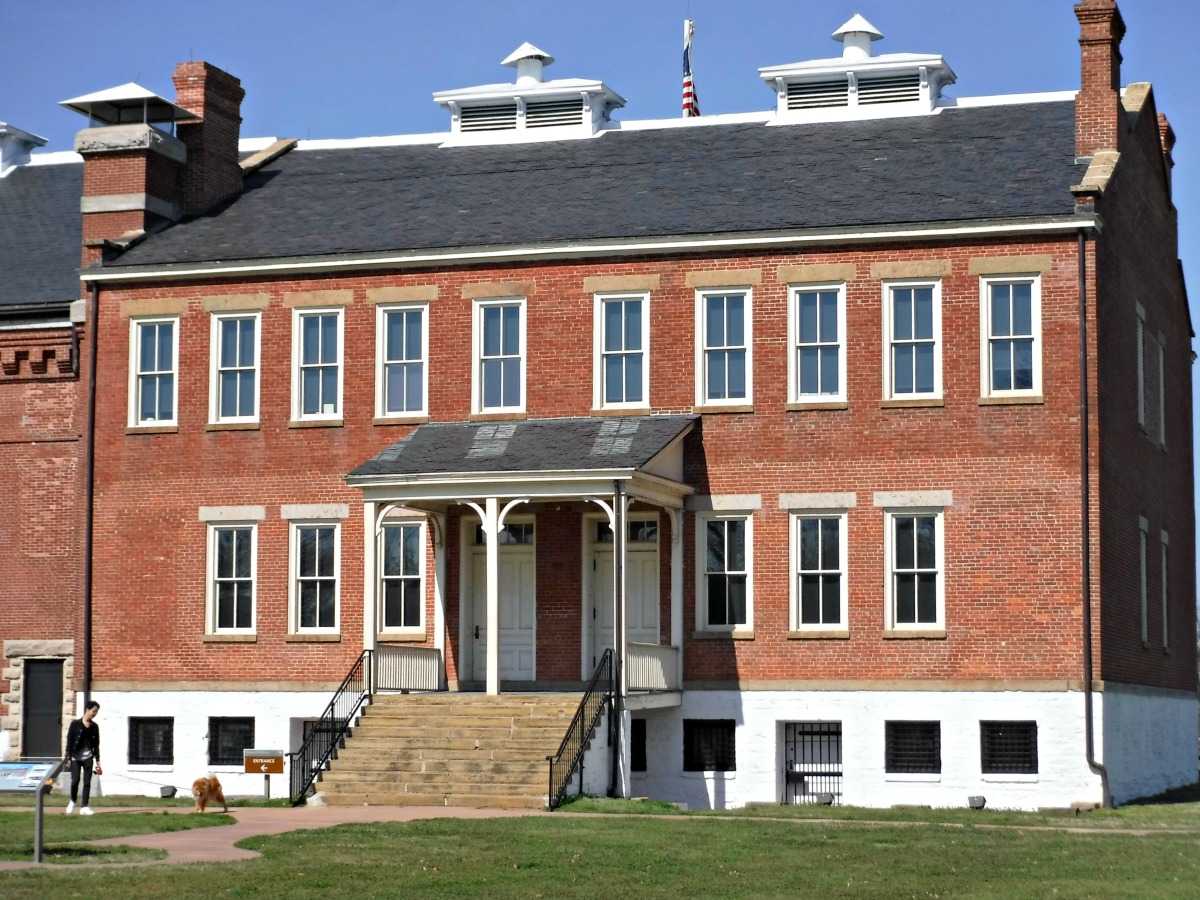 In the 1800s, the western border of Arkansas became the line between the reach of federal law and the lawlessness and violence of Indian Territory. The future state of Oklahoma had been given to numerous Indian tribes after forced removal from their own lands. Though the tribes had their own sovereignty and laws, the territory gained a notorious reputation as outlaws moved into the area, believing the arms of the law couldn’t reach them. Judge Isaac C. Parker firmly removed that belief and became known as the Hanging Judge in the process.

Judge Parker arrived in Ft. Smith in 1875. At 36, he was the youngest federal judge in the West and the task before him was immense. The former federal judge in Ft. Smith, William Story, had resigned amid charges of corruption. Parker would oversee 13 counties in Arkansas and all of Indian Territory, now crowded with the relocation of many tribes. White settlers were clamoring for the territory to be opened to settlement and the railroads wanted to build across the land to link the eastern states to western territories. The rule of law in the area had been marred by scandals and bribery. All of this brought a climate of lawlessness into play in Judge Parker’s district.

From his first day in court, Judge Parker set the tone for his 21-year rule in Ft. Smith. He held his first court session May 10, 1875. Eight men were found guilty of murder and sentenced to death by hanging September 3, 1875. Six of the eight were hanged as ordered in an execution that drew attention from newspapers across the country. These first six hangings would be followed by 73 more in Judge Parker’s tenure.

Isaac Parker quickly earned the nickname of Hanging Judge, but as judge for the Western District of Arkansas, he simply carried out the rulings handed down by the jury. At the time, murder, rape, and treason were all punishable by death. He was even known to favor abolishing the death penalty, as long as some form of strict punishment still existed for criminals.

Judge Parker believed deeply in the justice system, which was perhaps spurred by his concern for the victims of the criminals he helped bring to justice. Before he joined the Western District of Arkansas, he served two terms as a congressman from Missouri. He sponsored legislation that supported the fair treatment of Indian tribes, as well as failed legislation that would have given women the right to vote and hold public offices in U.S. territories.

Marshals like these from Perry, Oklahoma risked their lives to bring outlaws to justice. Photo Credit: National Archives, No.49-AR-35

Parker needed a large number of U.S. Marshals to operate under his jurisdiction to bring in criminals from Indian territory. Unique to his time, he employed African American and Native American marshals alongside white marshals. These marshals risked their lives to arrest and bring to justice some of the most notorious criminals of the era. While Parker presided over the court in Arkansas, 65 U.S. marshals lost their lives attempting to bring wanted to men to trial, a testament to the dangers of the job and the violence of the times.

Judge Parker oversaw a stunning 13,490 cases. He worked six days a week, sometimes ten hours a day. A few of his cases involved some of the most infamous outlaws of Indian Territory. He sentenced Belle Starr and her husband to a year in prison for larceny. He convicted Cherokee Bill, an outlaw notorious for terrorizing Indian Territory, of murder. Cherokee Bill’s sentence was carried out, but not before he killed a guard in a failed escape attempt. Judge Parker also handed down the death sentence to the entire Rufus Buck gang, a group of five men who carried out a horrific crime spree of rape, robbery and murder in Indian territory.

Despite the moniker of Hanging Judge, Judge Parker only handed down 160 death sentences out of the total 13,490 cases he presided over. Of those 160 convictions, 79 were carried out by hanging. The others were acquitted, pardoned or died in prison. Sept. 1, 1896, saw the end of Parker’s reign over the court. Congress removed the jurisdiction of Indian Territory from the Western District of Arkansas. By this time, Parker was ill and no longer presiding over cases.

You can learn more about Judge Isaac Parker and his role in the history of Ft. Smith and Indian Territory by visiting the Ft. Smith National Historic Site. The site is operated by the National Park Service and contains two jails, Judge Parker’s restored courtroom, and a reconstruction of the gallows built on the original site within the fort walls. The site also has exhibits on the outlaws Judge Parker tried and the U.S. Marshals who arrested the outlaws.

The Hanging Judge never attended an execution. He believed in justice, but he was quoted as saying, “I never hung a man. It is the law.” In carrying out the law, Judge Isaac Parker became as infamous as the outlaws he convicted and earned his own place in Arkansas history.

2 responses to “The Hanging Judge”