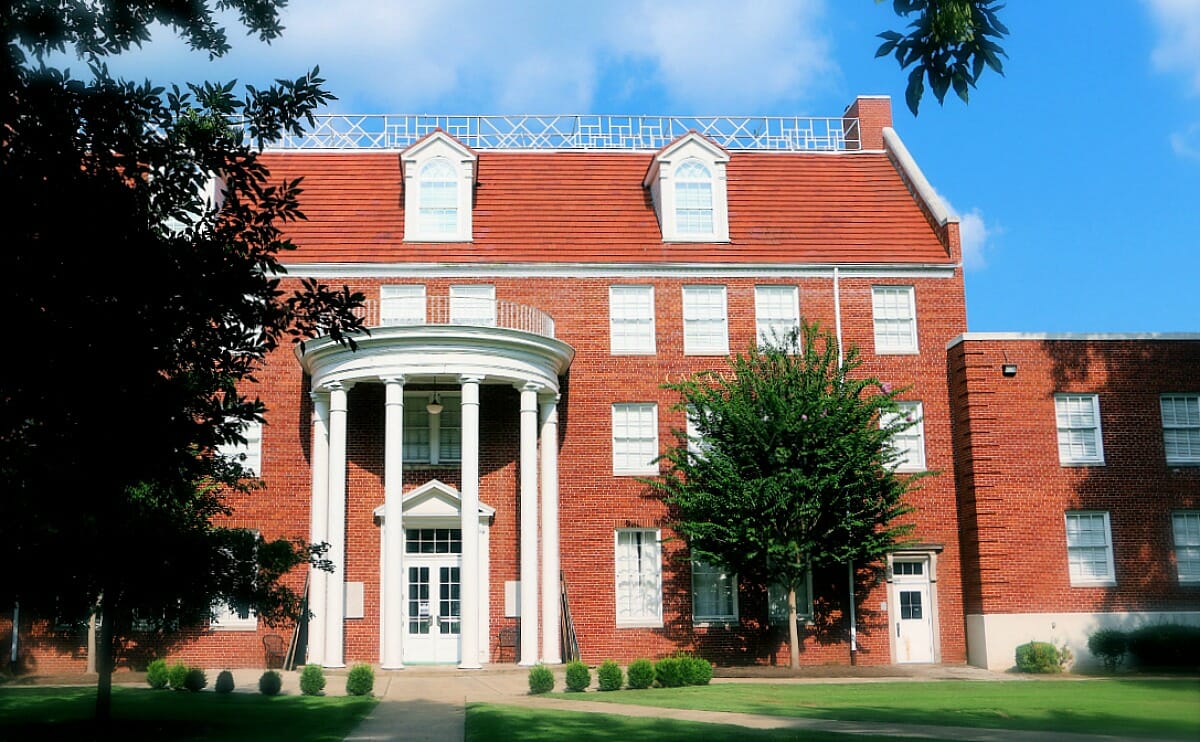 Take a group of seventeen-year-old girls who’ve never met, throw them together for four years, give them one community bathroom to share, and what do you get? The Third Floor Caraway Girls!

Did you think I was describing the basis of the next reality television show?

Once upon a time, dorm living didn’t include suites with common rooms or private baths or Wi-Fi or coffee shops in the lobby. Most didn’t have air conditioning. And imagine this—students lived on campus during their entire college tenure. It was a different time for sure.

Life-long friends are priceless and no doubt the special bond these college roommates cultivated has grown even stronger with time. They’ve been through marriage, careers, the birth of children and grandchildren, retirement, death of parents and spouses. Through everything, they’ve remain bonded by a special sisterhood that comes from living and learning and growing side by side over half a century ago.

My mother, Barbara Creecy Tate, is one of the twelve. Her roommate, Carlene Branch Henderson, is my other mother. While many college friendships tend to drift as life intervenes, especially during those crazy-busy child-rearing years, this group has remained in touch via phone calls, Christmas cards and most recently Facebook.

In 2009, the Third Floor Caraway Girls descended upon Arkansas Tech for their first official homecoming reunion. It was a success; they’ve not missed a year since. Interestingly enough, they never attend the football game. “We don’t have time for that,” my mother told me. Yes, I get it. They’re much too busy with a full reunion schedule. Activities include sipping champagne at the alumni luncheon, touring their beloved Caraway Hall, and chitchatting with current students. Mostly, they spend time catching up and reminiscing.

These ladies have great memories of the four short years they spent at Caraway Hall. During the 1950s, part of the required coursework for every student included Humanities—a bit of philosophy, art, music, literature, and history. Carlene Henderson recalled how the Third Floor Caraway Girls sat up late into the night discussing things covered in the course. “It was a time and place for discovering new ideas,” she said.

In 2010 after the death of one of the original twelve, the third-floor ladies established an annual scholarship benefiting a present-day Caraway Hall resident. They personally contribute 100% of the funds as a way to give back to one of their Caraway Hall sisters. Past recipients have included math education major Heather Gordon Neumeier of Russellville, pre-medical biology student Linda Du of Baoding, China, elementary education major Keri L. Todd of Ozark, and vocal music education student Michelle Einert of Ozone.

The selection process is a safely guarded secret. The 2016 recipient will be notified and announced during Arkansas Tech Homecoming weekend October 28-29, 2016, so stay tuned!

Caraway Hall is not only a place filled with memories but also rich in history. The building was constructed in 1934 with funding from the Public Works Administration and added to the National Registry of Historical Buildings in 1992. Since it opened, the Colonial Revival building has housed only female residents. Today, Caraway serves as housing for all four Tech sororities.

As is the case with many old buildings, rumors exist of Caraway Hall’s haunted history—attic noises, hallway whispering, strange happenings. The Third Floor Caraway Girls dismiss this as typical modern day storytelling. Even if the rumors are true, I don’t imagine anyone from this group would have noticed. They were busy with shenanigans of their own, including a “Roomatery” ceremony (no one except the original twelve understands), as well as “occasionally sleeping on the rooftop” and (ahem) “sunbathing nude until the air cadets started flyovers”. In fact, it’s highly likely the bumps-in-the-nights originated due to the Caraway girls.

Carlene said, “Our group was composed of girls from rural areas who had seen or experienced very little outside our own communities. For some reason, we bonded and came to love each other and left ready to take on the world. College without this group of women would not have been complete.”

Years and years from now, I predict the incredible spirit of these ladies will continue to live at Caraway Hall. I hope so, anyway.

One response to “Third-Floor Caraway Girls”