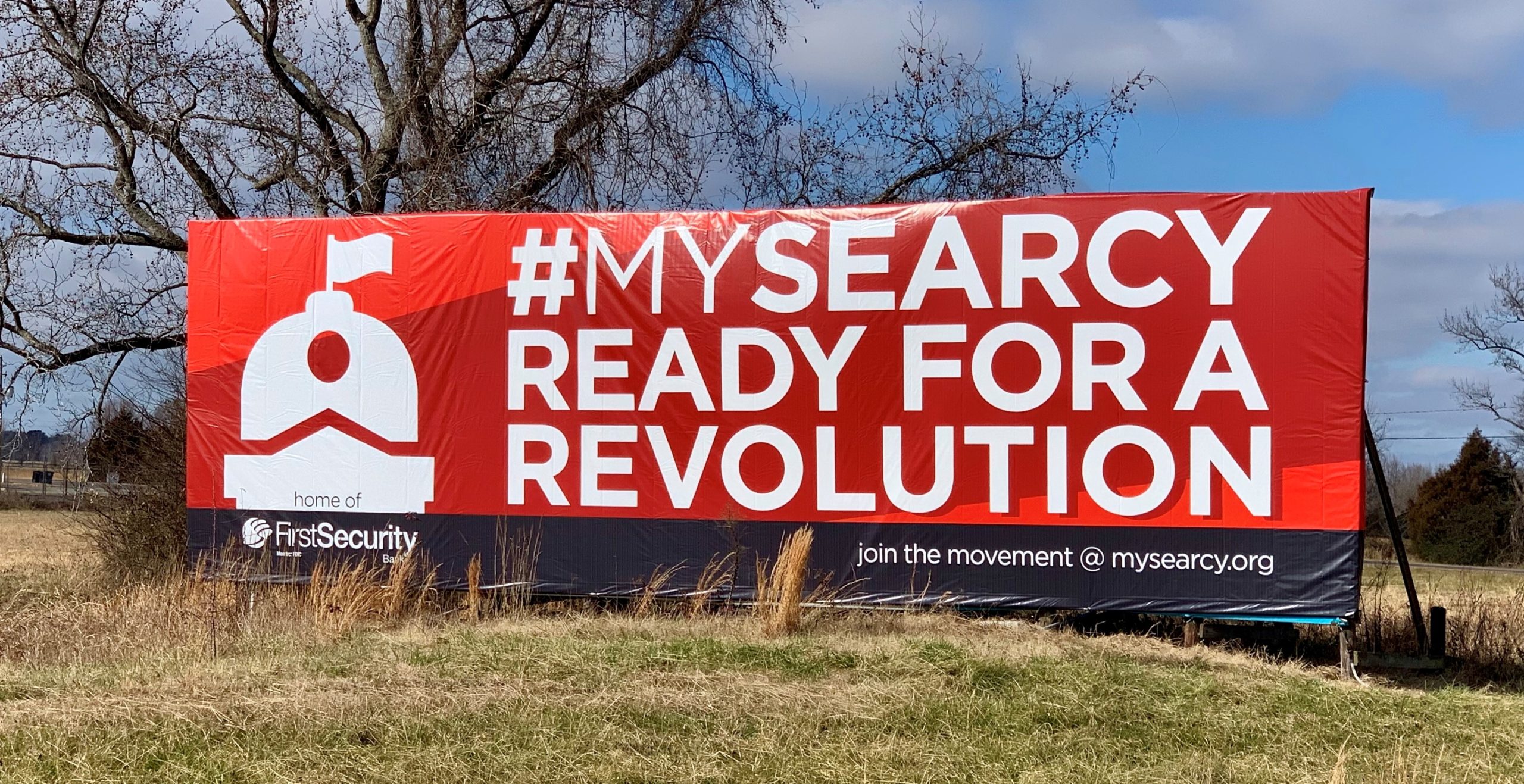 Deluxe Corporation announced today that Searcy is among the Top 6 communities selected to advance toward the winning spot on its Small Business Revolution – Main Street series on HULU. The winner is determined by the largest number of votes. Voting began today and concludes Feb. 19 at 10 CST. Votes may be cast once a day, per device, per email address. For more information, and to vote, visit www.GoSearcy.com.

From an original pool of 12,000 applicants nationwide, Searcy is one step closer to a starring role on the show, which is hosted by Ty Pennington and Amanda Brinkman and features small business makeovers. Each season, Deluxe seeks out America’s most inspiring small towns, and awards the winner – and six of its small businesses – a $500,000 revitalization and documents the transformation in an original series.

At a community watch party hosted at the historic downtown Rialto Theater to celebrate Tuesday’s announcement, Mat Faulkner, president and chief idea officer of Think Idea Studio in Searcy, said, “I have never witnessed such unity and swift, comprehensive engagement as what the Small Business Revolution has brought to our community in an incredibly short period of time. We are ready to see this all the way through.”

As a Top 10 town, Searcy received a visit from The Small Business Revolution producers, including Amanda Brinkman in January. Town leaders and small businesses shared how they would benefit from the Main Street revitalization.

Amy Burton, Main Street Searcy director, said, “We are so proud to be a part of Searcy’s Small Business Revolution! Now it’s time to give back to the small business owners who give so much.”

Visiting the towns and hearing from community members on social media helped Small Business Revolution producers determine the towns in which they think they could make the biggest impact. The winner will be announced at the end of February, at which time small businesses will be invited to apply to be featured on the show. Filming for the series will run from March through August of 2019.

Said Arkansas Gov. Asa Hutchinson, “The City of Searcy is a vibrant community because of the hard-working people who live and work there, and Arkansas is fortunate to have citizens taking an active role in the development of their cities throughout the state. I am proud that Searcy is taking the initiative to invest in its culture and economy to create opportunities for its city and its citizens.”

During the call for nominations from Oct. 4-26, nearly 12,000 nominations were submitted, which Deluxe narrowed down to the Top 20 on Nov. 13. In this phase, town leaders received a questionnaire and began reaching out to community members and small businesses to solicit support for the project.

Using #MySearcy, community members rallied together to create a video that has received thousands of views and generated excitement as evidenced through thousands of social engagements on Facebook and Instagram.

Liz Howell, vice president for Alumni and Parent Relations at Harding University added, “The Small Business Revolution has created much-needed momentum in our community. We are confident we can win this because this matters to us. We need everyone to get behind this by sharing on social media. We are united, excited and are willing to go the distance. As the only city in the competition in Arkansas, we have gained the support of the Natural State. In 2013, Harding won the “Best Road Trip Destination for College Basketball” over big Division I university towns. Searcy can do this again because it matters, and we are proud of our hometown.”

A well-curated shop filled with items made by real people with real...

For a variety of reasons, not all children are eager to take over the...

Hearing my kids express sincere appreciation to me, one another or others...