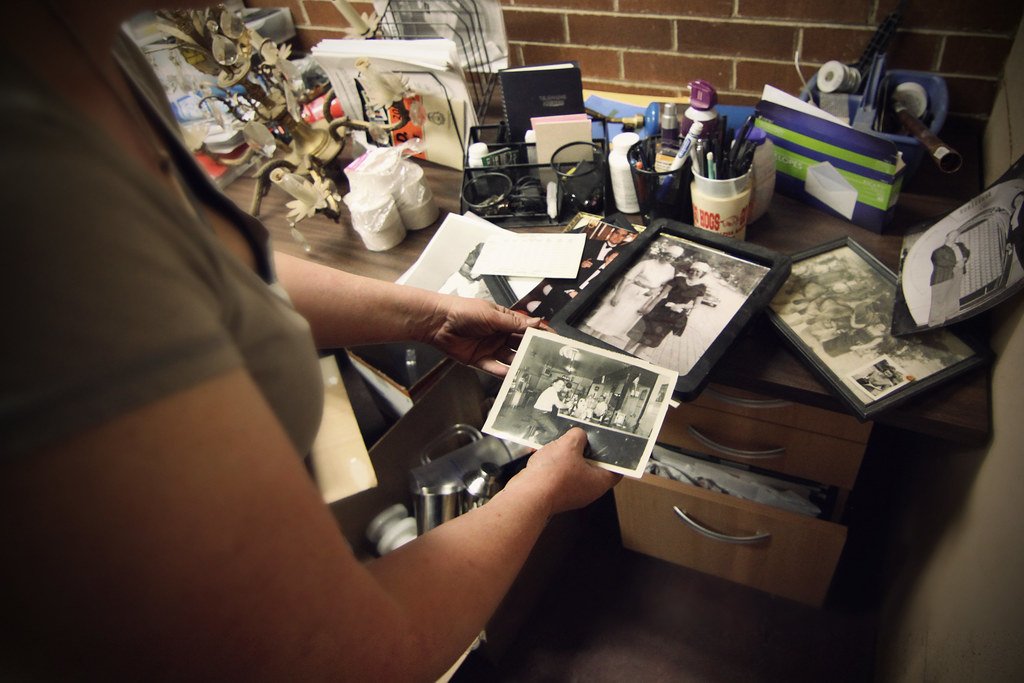 One of the state’s longest-running and most well-loved watering holes is celebrating a major milestone this month.

Maxine’s Tap Room, the bar opened by entrepreneur Maxine Miller in a wooden shotgun shack on Block Avenue in 1950, is preparing to celebrate 70 years in business in Fayetteville in March.

Hannah Withers, who along with her husband Ben Gitchel, have been managing operations for the bar since 2013, said the party will honor what the bar has been, and what it has become.

“Ben and I are super excited and honored to be a part of a bar that has been here 10 times longer than we’ve been operating it,” said Hannah Withers, “We wanted to celebrate Maxine’s 70th anniversary here with a little bit of her, and a little bit of us.”

The festivities began with a new installation by crochet artist Gina Gallina Duling, who covered the building in colorful yarn. The installation will help commemorate national crochet month, as well as the 70th anniversary of the business.

Also in the works is a celebration on March 18 featuring throwback prices on Budweiser pitchers, commemorative glasses, live music, and more. A bartender reunion to document old stories from the bar is also being planned.

Withers said that while she didn’t known Maxine personally, she has learned a ton about her since occupying her space on Block Avenue these last few years.

“She was a fascinating person, as a women business owner, who has accomplished so much,” she said. “To establish a business that has survived for 70 years, as someone who has worked in small business, that is just legendary. Plus, she was such a character.

“I feel like we’ve gotten to know her more and more just as we’ve been in her building,” she said. “We still have her former customers and employees reaching out to us with stories. I have a feeling we are going to be getting to know her for a lot of years to come.”

The festivities on the 18th will include live music featuring a house band of some of the bar’s current favorites, including Dana Louise, Adams Collins, Noah Richmond, and Dick Darden.

There will be commemorative pitchers for the first 70th guests, and a few other surprises in the works, Withers said. More info about the celebration is available via the Facebook event.

Former employees who are interested in having their stories recorded for the occasion can email maxinesonblock@gmail.com.

She borrowed money to open the business from her parents, and it was so successful early on that she was able to pay back that loan within a year.

“She was so young, and there weren’t a lot of women-owned businesses back then,” said Miller’s great niece, Andrea Foren, who Miller entrusted with the bar she started after she passed away in 2006. “It’s pretty crazy what she was able to do.”

Once the bar opened, it quickly found favor with working-class folks in Fayetteville.

“Back in the 50s and early 60s, when Maxine’s was a basically a white wooden shotgun shack and the beer was 20 cents, the clientele was more downscale,” read a Flyer comment from a former patron who remembered the bar’s early days. “Mostly guys dressed in coveralls who worked with their hands or, in the morning, Social Security recipients, glad for a convivial spot to relax and yak.”

Over time, though, the bar evolved, and the clientele changed with it. Famously, Miller developed a penchant for hiring players from the Razorback football team to tend bar, and to help out when things got a little out of hand with patrons who’d had a pitcher or two too many.

That helped her tap into a college-aged crowd that propelled the bar to even more success.

In the 1960s, Maxine was ready to expand, and in 1963 she tore down the small building where she got her start, and hired famed Fayetteville architect Warren Seagraves to build the building in which the business is still located today.

A new website launched recently featuring products made exclusively by...