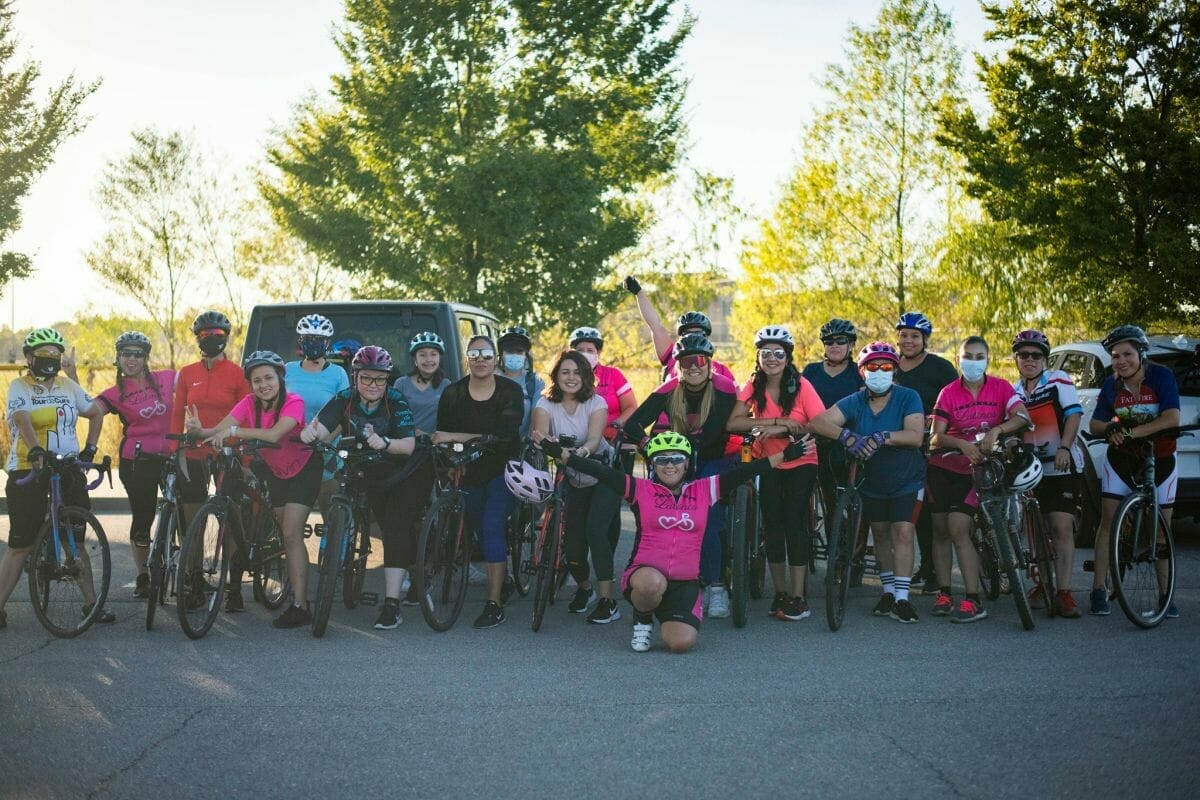 Even as cycling has grown in popularity in Arkansas with the advent of tourism programming and bike trails throughout the state, it is still uncommon to see people from the many Hispanic communities that call the state home enjoying the trails. An organization in Northwest Arkansas, Arkansas Latinas en Bici, is hoping to change that.

Co-founder Olivia Barraza is a single mother of four sons, one of whom requires round-the-clock care due to a near-drowning accident that occurred when he was a toddler. She says after her divorce 10 years ago she thought there was nothing left for her to do but care for her children but she still felt the pull to be more active in her community; to serve a purpose beyond the traditional roles of mother and wife she grew up with.

Around six years ago she began attending events hosted by Girls Bike Bentonville and quickly saw how her physical and mental health benefited from the regular activity with a community of women. As she participated in riding events around the area she enjoyed meeting other cyclists, but noticed she was usually the only Hispanic woman in the group. Invitations to friends to join her on the trails didn’t land.

According to Barraza, the primary reasons Hispanic women don’t take up cycling are rooted in the expectations for women in their culture. Barraza says women in Hispanic homes are often discouraged from doing things that will take them away from their caregiving responsibilities. Cycling requires a commitment of time and money, both of which are likely to be considered better spent on the family and children.

Another hurdle is simply how bicycles are perceived in the Hispanic community. Barraza grew up in Durango, Mexico where her family owned a pig farm and her mother worked at a local restaurant as a cook. There, she enjoyed riding a bicycle and roller skating, but for adults, a bicycle was seen simply as a form of transportation – often one that was used when a person couldn’t afford a car. According to Barraza, this perception is still prevalent in first-generation immigrants in the U.S.

In 2019, Barraza asked her cousin Sophia Reyes to join her to form Arkansas Latinas en Bici with the mission of educating Hispanic women about the benefits of the sport. They encourage women who come to their events to set aside a couple of hours a week on a regular basis. While Barraza doesn’t dismiss the pride that Hispanic women feel regarding their responsibilities at home, she says it’s been rewarding to see the ladies begin to invest in themselves.

Barraza’s broader mission for the organization is to bring more diversity and inclusion into the cycling community as a whole. The organization hosts three events: a Cinco de Mayo event in Bentonville, Dia de los Muertos in Springdale, and the Tour de Frida Kahlo coming this month. Each event is focused on blending the Hispanic culture with the cycling hobby and showing people the benefits available for the whole family.

Aside from the cultural shift that Barraza and Reyes have had to overcome with their group’s members, there is also the basic obstacle of cost. Bicycles are not cheap, and the better the bike, the better the riding experience will be. As a nonprofit, they were able to raise funds to purchase bikes for some of the group’s first members, and several of those women then went on to buy their own.

There are approximately 30 women in Arkansas Latinas en Bici now and the group gathers weekly. In addition to the original Wednesday rides, they have recently added a Tuesday ride for women interested in learning mountain biking skills. Visit their Facebook page to learn more about their rides, special events, and how you can support the nonprofit in their goal to buy a van to serve as a support vehicle for long rides.

¡Nos vemos en los senderos! (See you on the trails!)