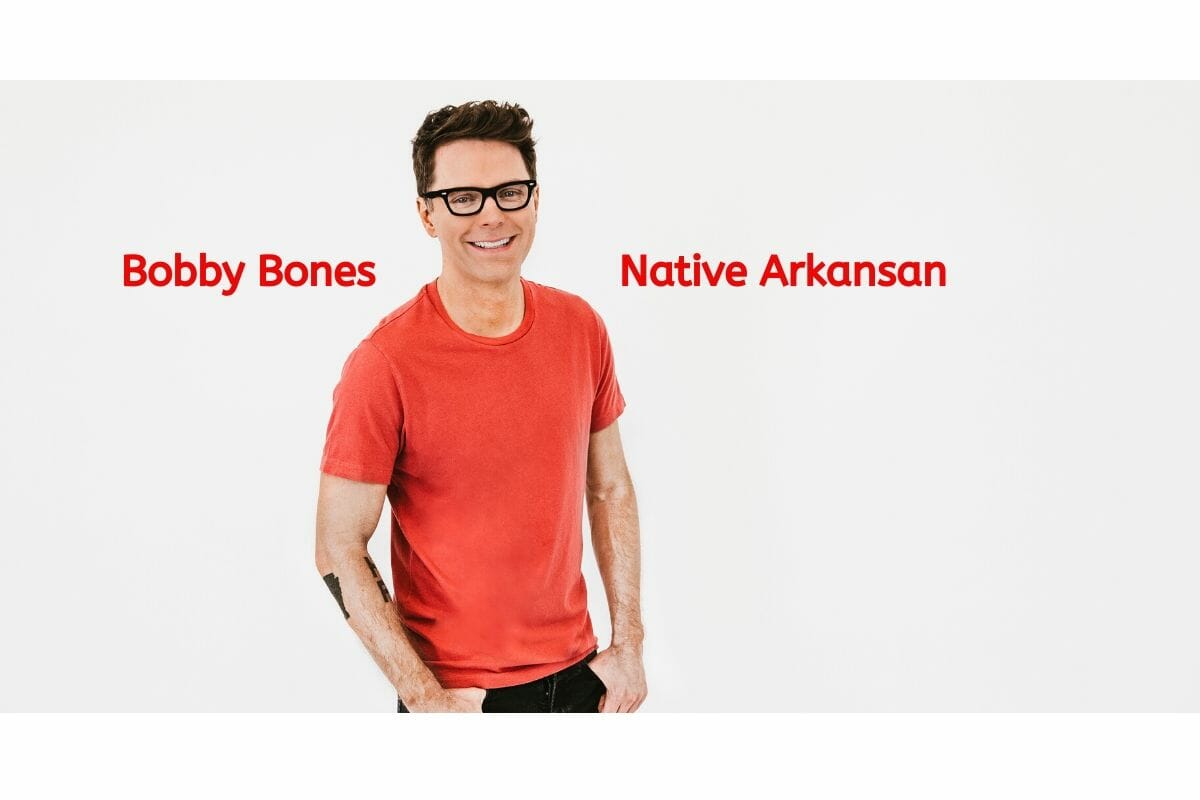 Every weekday morning a country music show is broadcast across the radio waves from Nashville, Tenn., to the nation with Arkansan Bobby Bones at the helm. The Bobby Bones Show is the largest country music morning show in the nation, with millions of listeners tuning in from Arkansas to Washington D.C.

Bobby Bones was born Bobby Estell in Hot Springs. The 39-year-old radio host grew up in Mountain Pine, a town he often speaks fondly of on his show. Bones’ childhood wasn’t an easy one. Raised mostly by his maternal grandmother, his father left when he was young and his mother struggled with addiction. Bobby often praises the community of Mountain Pine for stepping in many times and being there for him. In December, he returned to Mountain Pine High School for a pep rally, where he gifted each member of the basketball team a brand new pair of Air Jordans so the team could have matching shoes. In an interview about the visit, he says, “Whenever I was growing up, playing ball you had to have matching shoes and if you didn’t you were almost shamed so my goal was to never make that be a factor with the players here.”

Kindness is a hallmark of both Bones and his morning show. “Tell Me Something Good,” is a feature that runs every morning, with Bones’ co-hosts, Amy and Lunchbox, bringing stories of kindness in action. When co-host Amy Brown’s mother was diagnosed with cancer, the show started #PIMPINJOY, encouraging listeners to look for ways to spread kindness and joy throughout their day. They also sell merchandise with the slogan, with all proceeds going to charity. Bones has also been a huge supporter of St. Jude Children’s Research Hospital, holding a yearly radiothon on his show and a concert in the famous Ryman Auditorium, with proceeds benefiting St. Jude. His listeners have raised millions for the hospital and research.

A positive attitude and hard work are the core components to Bones’ life. While growing up, Bobby hired himself out as a DJ. He loved radio and knew since he was in kindergarten he wanted to work in the industry. When he went to Henderson State University, he immediately found a job at KSWH, the radio station on campus, where he took to the air at 17 years old. Bones graduated from Henderson in 2002 with a degree in Radio and Television. Even before graduation, Bones began working for Hot Springs station KLAZ, where he picked up his famous moniker when a manager gave him the choice between Bobby Bones or Bobby Z. After graduation, he signed on with KQAR in Little Rock and started The Bobby Bones Night Show.

In 2003, Bobby Bones took his night show to Austin, Texas, but he quickly earned the morning slot. He met his co-hosts, Lunchbox and Amy, while in Austin. Together, they built The Bobby Bones Show into an award-winning program. Though the show covered Top 40 hits in Austin, in 2012, ClearChannel moved the show to Nashville and transitioned it to a country music format. Bones credits his upbringing in Arkansas with preparing him to host a morning program centered around country music, but the show peppers its listeners with much more than that.

Bones has always said he wants his listeners to feel like they’re sitting in on a conversation with a group of friends. He’s accomplished just that with a diverse cast of characters. The show features clips like “The Morning Corny” where co-host Amy delivers jokes worthy of Bazooka bubble gum wrappers, and “The 30 Second Skinny” by Morgan #2 (the second Morgan to work for the show) which covers gossip over country music stars and more. Of course, the gang play rounds of games and interact with listeners with plenty of laughter. Bones often hosts country music stars in the studio during the show, features live interviews and music, and never misses an opportunity to praise Arkansas.

Bobby Bones’ on-air success is only part of what he’s accomplished since growing up in Mountain Pine. He’s authored two books. Bare Bones: I’m Not Lonely If You’re Reading This Book released in 2016 and covers Bobby’s childhood and pursuit of radio. In 2018, Fail Until You Don’t: Fight, Grind, Repeat released and examines how pursuing your goals despite setbacks and failures will help you achieve success.

In addition to his radio work, Bobby has been featured in several television programs. He mentored all 24 contestants on American Idol and is now a full-time mentor for the series. He participated in Dancing With The Stars in 2018 and won the Mirror Ball Trophy. In January, he appeared on an episode of Running Wild with Bear Grylls, where he and the British adventurer braved the wilds of Norway.

The radio show host also performs with his band, The Raging Idiots, which features laugh-out-loud songs with friends and The Bobby Bones Show producer Eddie. Many times, he brings talented up and comers from the Nashville scene along, giving audiences around the country a taste of the level of talent in the music industry. Bones also takes on solo comedy tours, hosts the Bobbycast, a podcast from his own home with country music stars, and is the host of Country Top 30 with Bobby Bones.


Bobby Bones and Producer Eddie are the Raging Idiots

Although Bobby Bones is certainly one of the busiest people in entertainment, he still finds time to visit Arkansas occasionally. He recently stated on his show that his favorite part of the Christmas break wasn’t the beach vacation he took, but attending the University of Arkansas men’s Razorback basketball game. Arkansas holds such a place in his heart, Bones has spoken many times of his desire to one day be governor of Arkansas.

In the meantime, he continues to ride the airwaves each morning with Amy, Lunchbox, Eddie, Mike D, Morgan #2, and Raymundo as they chat about life, love and music. To Arkansans, it does indeed feel like listening in to a good friend from that small town down the road.

Find a local station to listen to The Bobby Bones Show at bobbybones.iheart.com.

All photos from The Green Room and used with permission.