A Fresh Look from Pinnacle Mountain

The Grumpy Rabbit Helps Put Lonoke on the Food Map 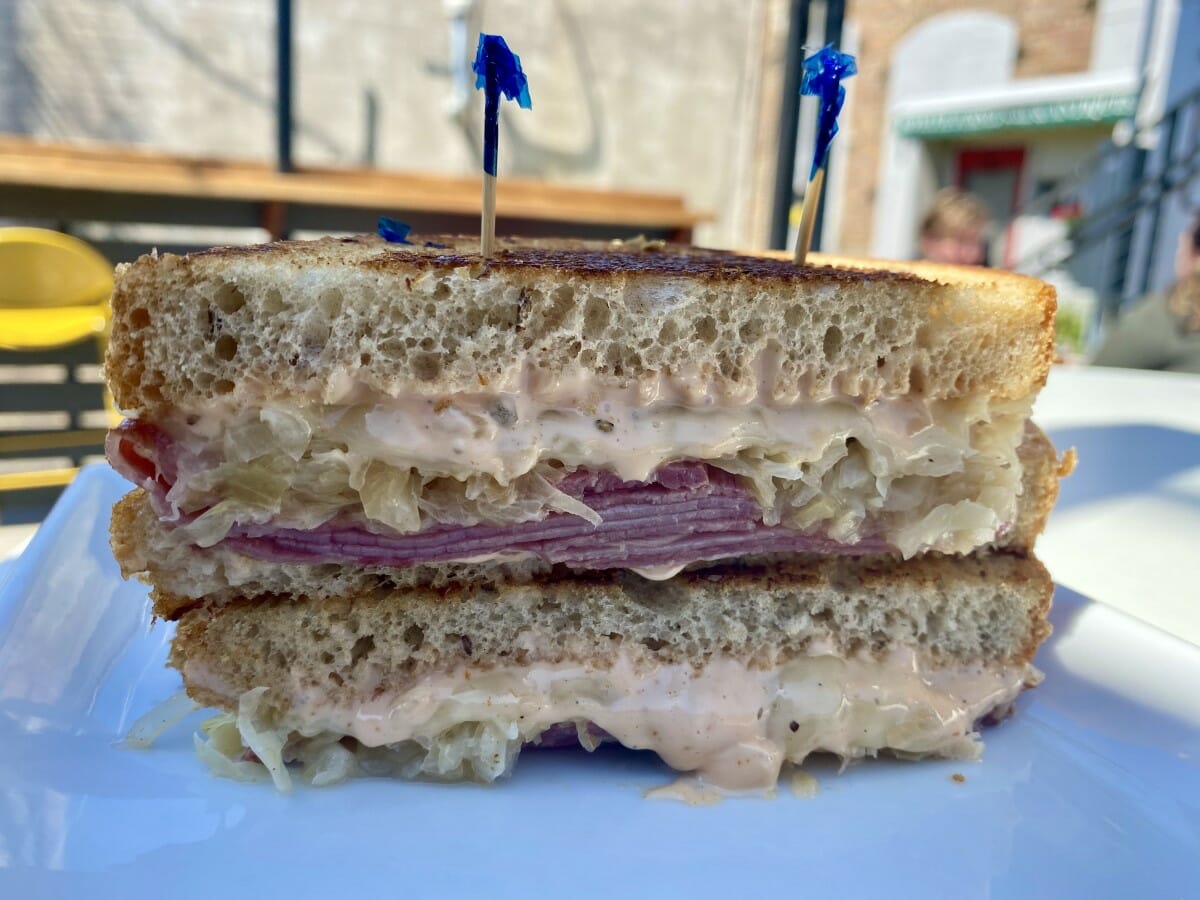 No offense to the fine folks of Lonoke, but after one step inside The Grumpy Rabbit–the new gem of a restaurant located in a renovated, downtown historical building–one resounding thought will scream through your somewhat confused mind.

“How on earth is THIS restaurant located in a small town of 4000 people about 30 minutes east of Little Rock?”

The answer: Gina and Jim Wiertelak.

“Our vision for The Grumpy Rabbit is to serve both Lonoke residents as well as people from surrounding communities and visitors passing through town.  We want Lonoke to thrive and be prosperous and believe that leading by example and running a successful business will attract others to the area and inspire similar investment. Our hope for The Grumpy Rabbit is that as an anchor for revitalization, it will become a central location that draws foot traffic to historic downtown Lonoke. Additionally, as we employ both full-time and part-time staff, we are excited to bring new families to Lonoke, and know they will love the area as much as we do!”

And it gets better.

Their vision included bringing on Chef James Hale, one of the more decorated chefs in the state. Many of you may remember him from his own highly acclaimed restaurant, Acadia, a Little Rock hot spot for 16 years. During that time, Hale earned a coveted James Beard nomination in 2008 for the Chef of the South category. After closing Acadia in 2015, James was brought on board to the Capital Hotel, where he eventually became executive chef at the hotel’s acclaimed Capital Bar and Grill.

Now at The Grumpy Rabbit, Hale has put his touches on a menu filled with American-style fare, as was evident by my recent lunch at the restaurant. Even something as simple and straightforward as the tater tot gets a fun spin from Hale, as he smashes it into a patty and serves a platter of them with your choice of three dipping sauces. Go with the cheese sauce, spicy ketchup, and ranch and enjoy this tantalizing, soft potato interior app that will remind you of a knish.

Sides of mac & cheese and Orange Soda Greens proved to be just as delightful. The brilliant use of the soda softened any of the bitterness associated with greens and made for a dish that begged to be eaten with the creamy mac.

Handhelds like the burger and Reuben were also hits. Once again, Hale throws a slight curveball with his use of a hoagie roll for the burger, and his inclusion of house-made kraut and 1000 Island dressing make all the difference on the Reuben, elevating this sandwich above most of the competition.

While the lunch menu isn’t huge, one thing became quite clear within about 30 minutes of sitting down on the beautiful back porch: everything they do at The Grumpy Rabbit, they do well. There’s an attention to detail with everything. And that includes dessert. Thick slabs of carrot cake and chocolate sheet cake, both with an insane amount of icing, are best shared with a group or expect a doggie bag with enough dessert for the next several days.

To say that I am excited about getting back to The Grumpy Rabbit, especially for dinner, is an understatement. It’s still early, but this restaurant has all the pieces in place to be something special, not only for Lonoke but Arkansas as a whole.

The Grumpy Rabbit has a full list of signature cocktails. In addition to lunch, the restaurant is also open for dinner and brunch.

Fayetteville is no longer just a college town with a limited food scene...