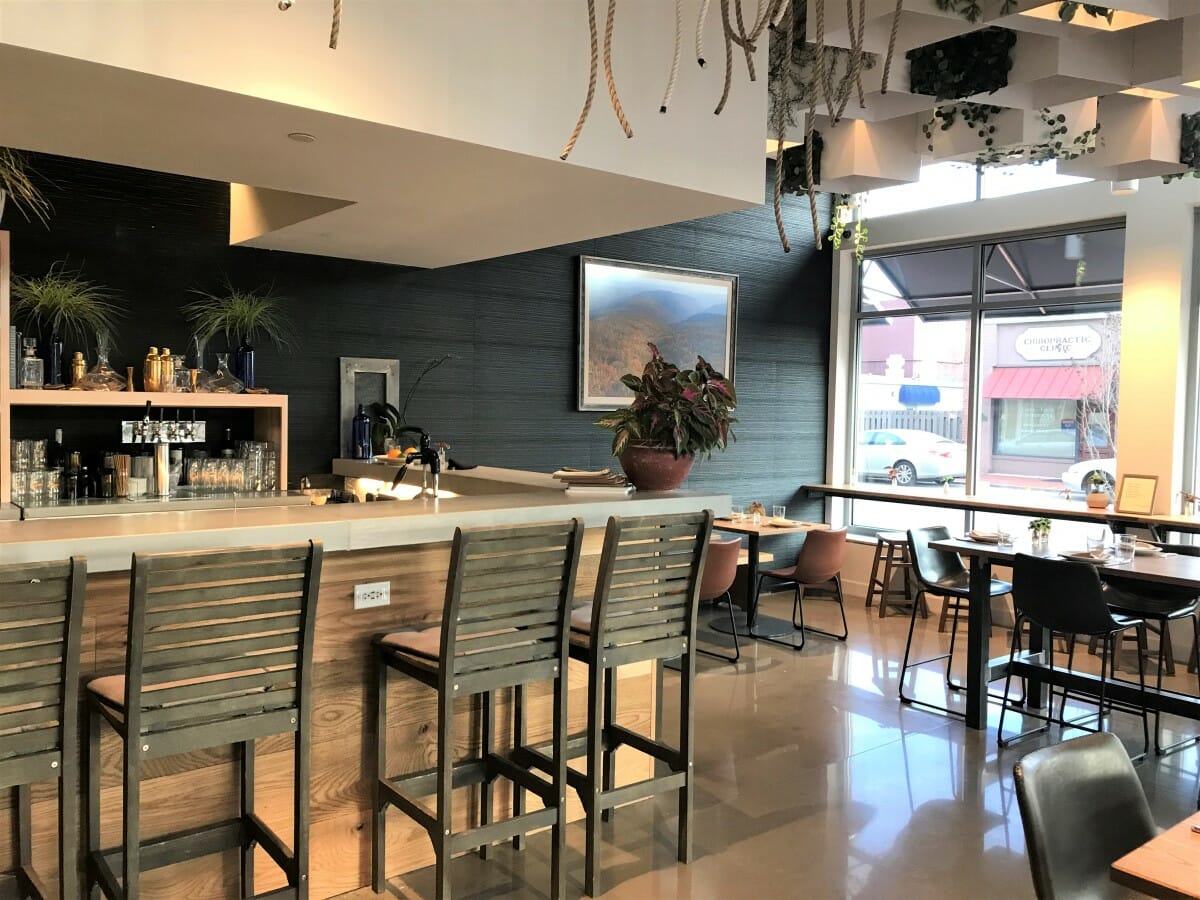 I love me some Arkansas, but after sitting in Bar Cleeta for 10 minutes, there was one resounding thought that kept creeping into my head. “This restaurant makes me feel like I’m sitting in a big city.”

I mean that as a compliment.

Bar Cleeta, with its open, modern feel, clean lines, and plant-life accents, transports you to a different place. At the same time, it’s cozy, warm, and inviting.

“Bar Cleeta was born out of a need for a neighborhood gathering spot that attracts both locals and visitors alike. Evoking metropolitan dining, the menu transports and encourages customization, allowing the diner to curate their own dining experience. With over a decade of NYC, New Orleans and Los Angeles restaurant experience, husband-and-wife hospitality veterans Trae and Weisi Basore endeavor to bring a little taste of New York to Northwest Arkansas.”

And don’t let the name fool you. While the creative bar program should be a source of pride, Bar Cleeta is a food-forward restaurant, with a menu comprised of sections for charcuterie, snacks, cheeses, and small plates.

On my one visit, we tried a little of everything.

I opted for a cocktail over wine and was pleased with The New World, a refreshing Plantation Rum-based concoction with guava orgeat, ginger beer, and pink peppercorn, the latter of which gave the drink both a pop of color and flavor.

After drinks hit the table, the food soon followed. Marinated Olives and Radishes & Cultured Butter were met with favorable reviews from the group, but so too were the small plates of Wagyu Beef Tartare with aged cheddar, sprouted legumes, and potato chips, White Truffle Potato Gnocchi with smoked butter, black pepper, and thyme, Spanish Octopus, and Tarte Flambée with onions, bacon, and farmer’s cheese. The wagyu beef dish is not to be missed, thanks in large part to the earthy sprouts, along with the thin slices of fried potato chips that practically melt in your mouth. The expansive, oval-shaped tarte flambée with its crisp, yet foldable crust, was a pleasant surprise, as was the tender octopus dish, but I’d be remiss not to point out the service. It was impeccable, as in some of the best I’ve seen in Arkansas.

The vibe in Bar Cleeta is sophisticated and relaxed, but the level of service elevates things to a fine dining experience. Our server was attentive yet not intrusive. Our food came out in a timely manner, but plates were spaced-out enough to ensure a methodical, unrushed meal. Little attributes from our server, like calming hand gestures and an air of confidence due to an obvious knowledge of the food and drink menus, stood out. In short, the service only enhanced an already great meal.

Bar Cleeta is a wonderful addition, not only to Bentonville but for Arkansas.

Bar Cleeta has a Raw Bar with oysters on the half shell available, as well as caviar from Missouri and France.

0
0
Only the Classics at Cotham’s in the City

One response to “Bentonville’s Bar Cleeta”