It Doesn’t Get Any Cooler Than Airship Coffee at Coler 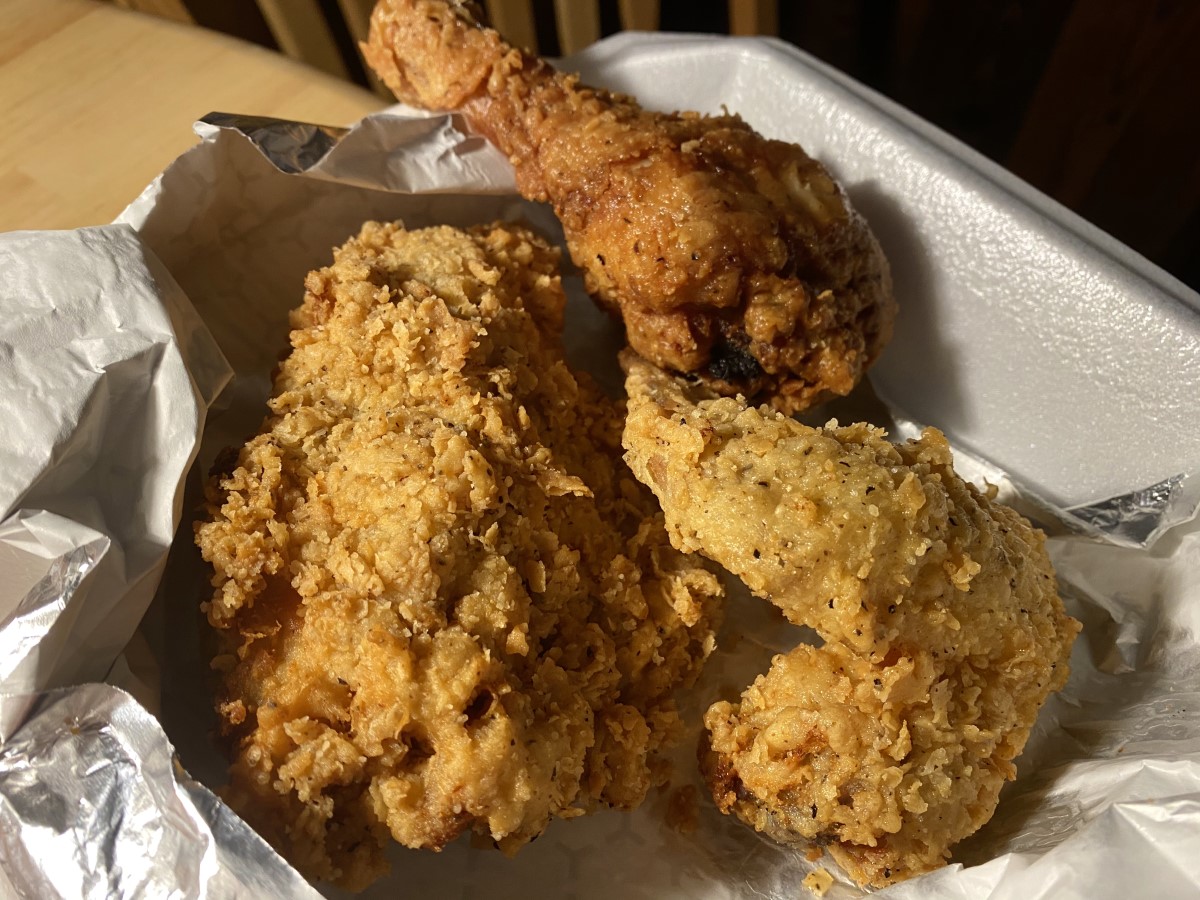 Those in Northwest Arkansas have long been familiar with Venesian Inn, the Springdale eatery cranking out Italian classics since 1947. That is 73 years for the advanced mathematicians out there. Throw in a 2018 Arkansas Food Hall of Fame induction, and you’ve got one of the most iconic restaurants in the state.

And as someone who prides himself in covering food in The Natural State, I would say it was high time I checked out the restaurant, which I did with a recent takeout experience.

For those who have been living under a rock for the past seven decades, Venesian Inn is known for two things: fried chicken and pairing said fried chicken with house-made spaghetti. While this may sound like an odd pairing, just know that it definitely works. I found this out first-hand from my sampling of the “Special.” It’s a sizable plate of food that included three pieces of fried chicken, spaghetti, and a chicken ravioli.

The distinguishable characteristic of fried chicken is its thick, well-seasoned crust that acts as somewhat of an armor from the juicy meat. I found myself eating the crust and meat separately, which, sounds strange, yet it was quite enjoyable. As for Venesian Inn’s spaghetti, the unmistakable slight chewiness of fresh-made pasta separates it from 99% of other restaurants who take the easier way out by not making their own. The hearty meat sauce was also a hit.

To get the true essence of the menu, we also opted for the Venesian Inn Sampler. It’s another heavy-portioned offering with some of the restaurant’s more popular options—lasagna, Fettucine Alfredo, and chicken Parmesan–all in one dish. I particularly enjoyed the creamy fettuccine. The other members of my family hurriedly scarfed down the lasagna and chicken Parm. One thing is for certain at Venesian Inn, they are not stingy with anything. And that includes the amount of cheese and sauce incorporated into every dish, as well as the doughy rolls that come with each meal. There is even a simple shredded iceberg lettuce salad with creamy Italian dressing.

While the Venesian Inn Sampler and Special were both winners, I would probably pass on ordering the Italian Chicken Sandwich (grilled chicken, sauteed onions, mushrooms, bell peppers, and mozzarella) again, at least for takeout. The tasty sandwich got a little messy and soggy during transport. The accompanying french fries were also a pass, needing at least another 2-3 minutes in the fryer. In the grand scheme of things, these were minor issues.

For my next visit, I plan to try the sirloin steak, eggplant Parmesan, and Polenta & Umido, a fan-favorite dish of polenta topped with a tomato and chicken mixture. It will also be nice to dine-in and soak up some of that Venesian Inn nostalgia. The restaurant looks well-kept but virtually untouched after all these years.

I imagine that is just the way most folks like it.

For a while, my wife and I would make our way up to Eureka Springs for an...

This marked my second visit to The Southern Standard, although things...