Catching Up with Bart Barlogie of Raduno and The Fold 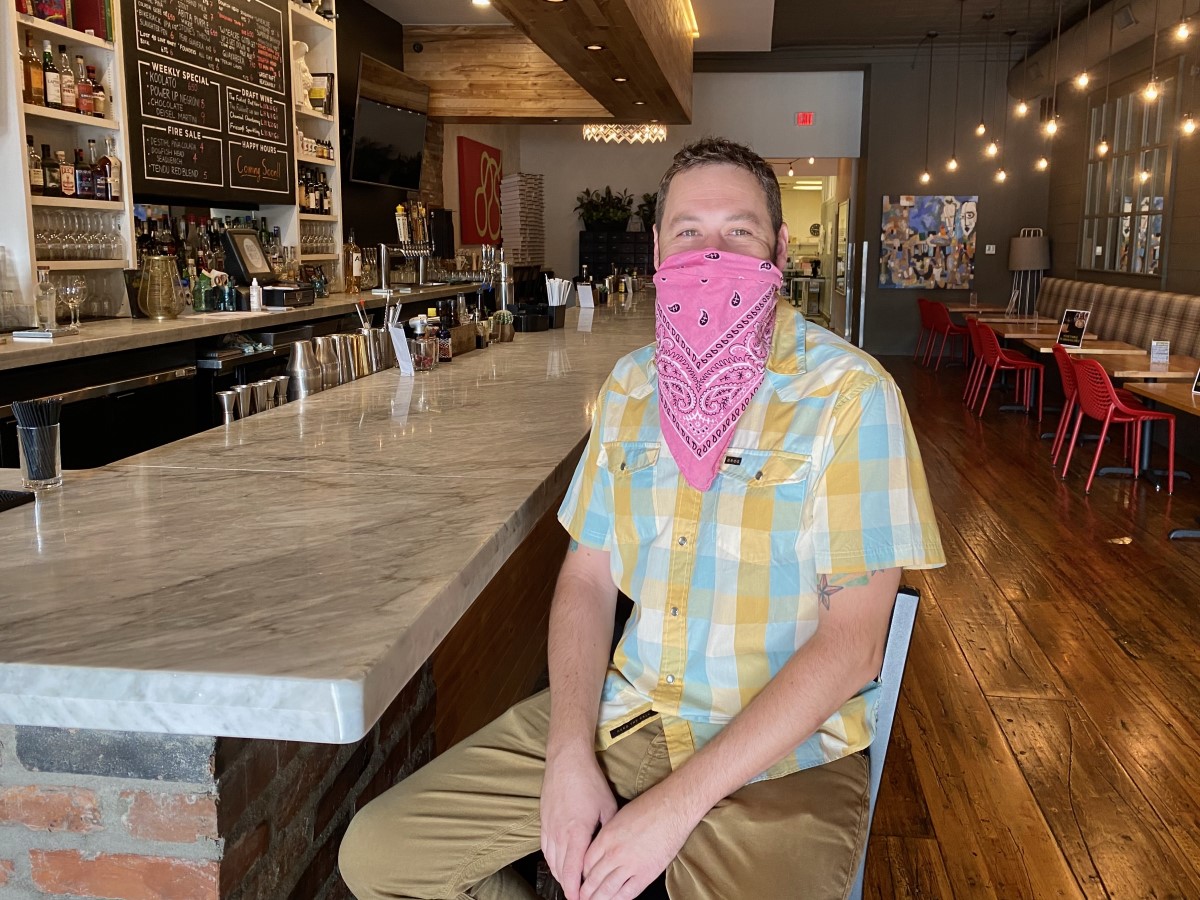 Given what is going on in the world, I imagine being a restaurant owner right now is as difficult and challenging as it has ever been. With that in mind, I wanted to catch up with Bart Barlogie, owner of both The Fold: Botanas & Bar and Raduno Brick Oven & Barroom in Little Rock.

For those who don’t know, when did you open The Fold and how soon did Raduno follow?
I opened The Fold in May 2013 and Raduno opened shortly thereafter in February 2015, so just less than two years.

Was the plan always to have two restaurants?
Eventually, yes. Opening up a second concept in less than two years from the start of The Fold was definitely a lot faster than I had intended, but an opportunity presented itself and I took the risk.

Do you have any plans for a third restaurant one day?
Yes, I do. This industry is bonkers and all over the place, but I really enjoy it and like to see Little Rock grow. Hopefully, down the road, if I have the patience for it, I would even consider moving outside of Little Rock one day.

You seem like a very hands-on, visible owner. Is that somewhat out of necessity, or do you really enjoy being a part of the action?
It is a little bit of both. I’ve got an incredible team at both locations, and everyone is fairly self-sufficient. That said, I think it is important to have your finger on the pulse and show support for your team. Problems arise and sometimes the owner needs to be present for that. But I also enjoy seeing the restaurants thrive. Being a part of the action is fun for me.

It has been a strange year with the pandemic, to say the least. What’s been the most difficult part for you?

The ever-changing rules. You know, what’s allowed one day is not allowed the next. Also, having to manage the public, those not wanting to wear masks, those who are not in compliance, so to speak. I hate using that word, compliance. I am not making these rules. Our governor is and this is a real thing, and we’ve got to follow the rules like everyone else. I would also say being able to get that PPP money was great and extremely helpful, don’t get me wrong, but the rules on that have been pretty muddy.

On the flip side, any examples of times during all this that have brought you joy?
Absolutely. It is amazing to see the amount of ongoing support from our guests. They are also dealing with COVID-19 and their own hardships. To see them coming to the restaurants every week, and in some cases, more than that, is incredible. We could not do it without our guests and loyal customers. The other is the dedication of our team. They continue to risk their health and lives. They’ve got families, too, and to see them come day-in and day-out, busting their butts, trying to keep the restaurants going, is also incredible. The combination of those two and seeing the loyalty from both sides—from the guests and our team members—has been great.

With juggling two restaurants, what does your typical week look like?
My weeks are kind of crazy. I try to split time between both restaurants. Some weeks one place needs more attention than the other. I definitely try to be at each restaurant at least once a day. I learned quickly how much of a maintenance nightmare restaurants can be. At odd hours of the day something is either breaking or needing to be replaced. So, I am all over the place.

What words of advice would you give someone who is looking to get into restaurant ownership?
Buckle up. You have got to be able to wear many hats. It can be very rewarding, but like most rewarding things, it comes with hard work. Margins are very tight in this industry. You’ve got to be able to keep your finger on the pulse because you can go from the black to red very quickly, and vice versa.

I walk into Raduno for Sunday brunch, what should I order?
One hundred percent, get the Beef Benedict accompanied by a cucumber mimosa.

And you know I have to ask the same question about The Fold.
When we get to brunch service back, get the traditional huevos and a side of street corn.

This past year has found me spending a lot of time in Argenta, but one of...