6 Natural State Outdoor Activities to do this Winter 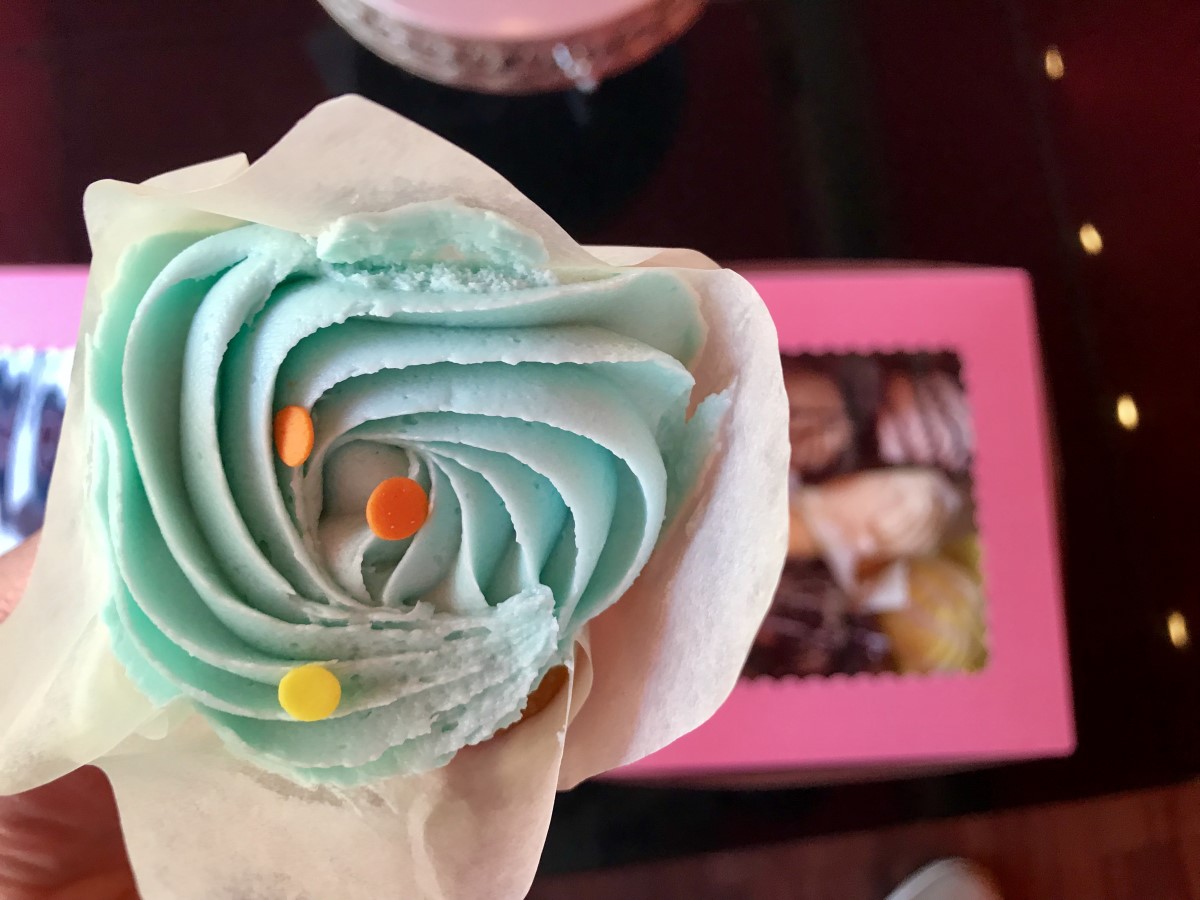 I like to mosey down to Hot Springs every few months and hit up a few of my favorite spots. As you probably know by now, Deluca’s Pizza is almost always one of those places I frequent. Yet after a recent lunch filled with tastings of pizza, cheeseburgers, and yes, even an Arkansas cheesesteak sandwich, I was left with a bit of a sweet tooth and just enough stomach space to suffice the craving.

And while Will’s Cinnamon Shop was just a stone’s throw from Deluca’s, I was in search of something new. After some quick Google-ing, I found Fat Bottomed Girl’s Cupcake Shoppe. Fortunately for me, the shop was just down the street from Deluca’s, located right in the heart of downtown Hot Springs on Central Avenue.

Before I get to the cupcakes, let me first make mention of the actual space. It is big, pink, and just plain happy. There are tons of cupcake-loving t-shirts and socks available to purchase on one side of the store and a plethora of actual cupcakes, along with a case of selected ice cream flavors on the opposite side. The space is a perfect place to relax and get a short reprieve from the outside street traffic.

Truth be told, the selection of cupcakes at Fat Bottomed is a bit overwhelming, so I asked the clerk to choose six for me. If you’re wondering, the flavors are fun and creative, with options like Red Velvet, Chocolate on Chocolate, Almond Joy, Chocolate Raspberry, Lemon Lavender, Death by Chocolate, Strawberry Lemonade, Peanut Butter Cup, Churro, and Birthday Cake, just to name a few.

Two things really stood out about the Fat Bottomed Girl’s cupcakes. They were moist and the cupcake-to-icing ratio was spot-on. I am tired of designer cupcakes with towers of icing, which inevitably leads to me scraping off massive amounts of it onto a paper towel. This was not the case with these cupcakes. I will not bore you with individual descriptions of each cupcake. You know your desired flavors, so rest assured that Fat Bottomed does each one right. Or maybe you’re a lot like me and love it all. If so, I recommend going dealer’s choice.

Either way, something tells me you won’t be disappointed.

Fat Bottomed opened its Hot Springs location in 2011 and now has a second store in Fayetteville. In 2014, they were even on an episode of Food Network’s “Cupcake Wars.”

Check Out the Bakery Box

The Bakery Box is a 1-month ($39.99), 3-month ($119.97), or 6-month ($239) online subscription available to customers who love all things Fat Bottomed Girl’s Cupcakes. A themed box filled with various goodies (edible treats, t-shirt, mug, and other merchandise) is delivered right to you.

I recently found myself circling a restaurant’s crowded parking lot,...

I love me some Arkansas, but after sitting in Bar Cleeta for 10 minutes,...

In Arkansas, the vaunted cinnamon roll can be found at bakeries and...