Shrimp Tchoupitoulas at The Faded Rose 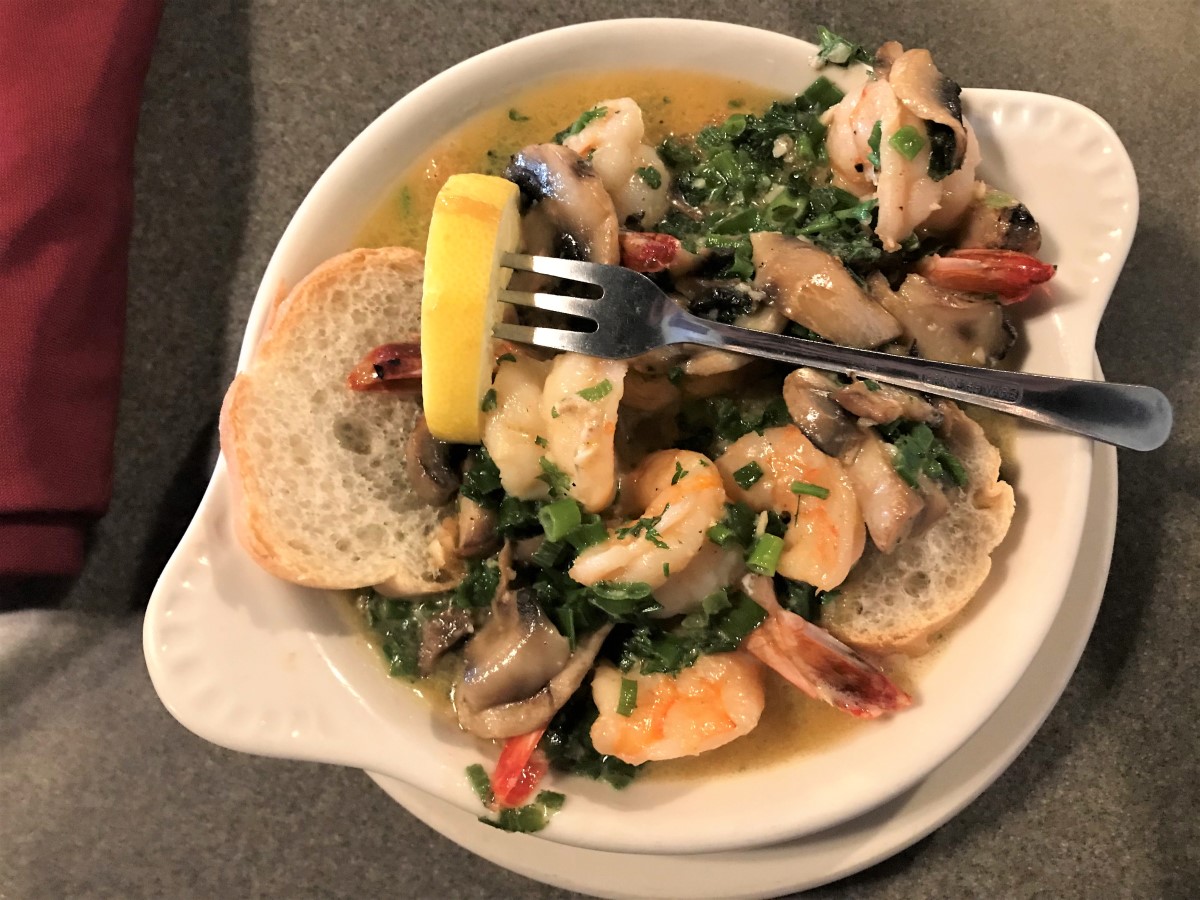 I featured The Faded Rose in my first article for OnlyinArk.com, and more than two years later, not much has changed about the Little Rock institution started in 1982 by owners Ed and Laurie David. Longtime patrons of the place will tell you that’s just the way they want it.

Truth be told, I’d like to eat at the restaurant more often. Dining at The Faded Rose almost feels like an extension of home, but given my chosen profession, I tend to diversify my dining experiences. Because of this, there is still much of the menu I’ve yet to conquer, including some of the more iconic dishes.

With this in mind, I recently posted a question on my personal blog, The Mighty Rib: “What is your favorite dish at The Faded Rose?”

As you might imagine, the answers were plentiful, but one dish, the Shrimp Tchoupitoulas (pronounced chop-uh-too-lus), was mentioned more than others. Two days later, I found myself sitting at the end of the bar, trying out this popular appetizer. This dish gave me the impression it was passed down from one generation to the next, steeped in rich Creole tradition.

However, this was not the case.

“It is not a classic Creole dish. It was a creation of my dad’s. The Shrimp Tchoupitoulas was not on The Faded Rose’s original menu, but he put it on sometime in the late ’90s. I think the dish is so good because of the combination of butter, garlic, and shrimp stock. You can’t go wrong with that combination,” says son and current general manager, Zac David.

I happen to agree with Zac.

It is served as an appetizer, but the size and richness of the dish make the Shrimp Tchoupitoulas feel more like an entrée.  Also, there is no shortage of butter, so either take your Lipitor or make sure to eat in moderation. Six large shrimp take the butter bath, along with the aforementioned garlic and mushrooms. There is also a heavy hand of minced parsley, chopped green onion, and seasonings. It all sounds like a wonderful combination of ingredients, and it is, but the dish’s real magic is the inclusion of sliced Leidenheimer rounds. This crusty French bread, which is shipped directly from New Orleans, soaks up the other ingredients in one bite (or ten) of gluttonous perfection. Just ask the staff and they’ll even bring you an extra mini loaf of the bread to do some more sopping up. You will need it.

Deliciousness isn’t the only thing Shrimp Tchoupitoulas has in its corner. The meal starter is also famous.

Several years back, Food Network’s Rachael Ray came through town and featured the dish on an episode of “Rachael Ray’s Tasty Travels.” It was a pretty big deal, just not quite as big of a deal as being featured on OnlyinArk.com.

One response to “Shrimp Tchoupitoulas at The Faded Rose”