The Whippet in Prattsville 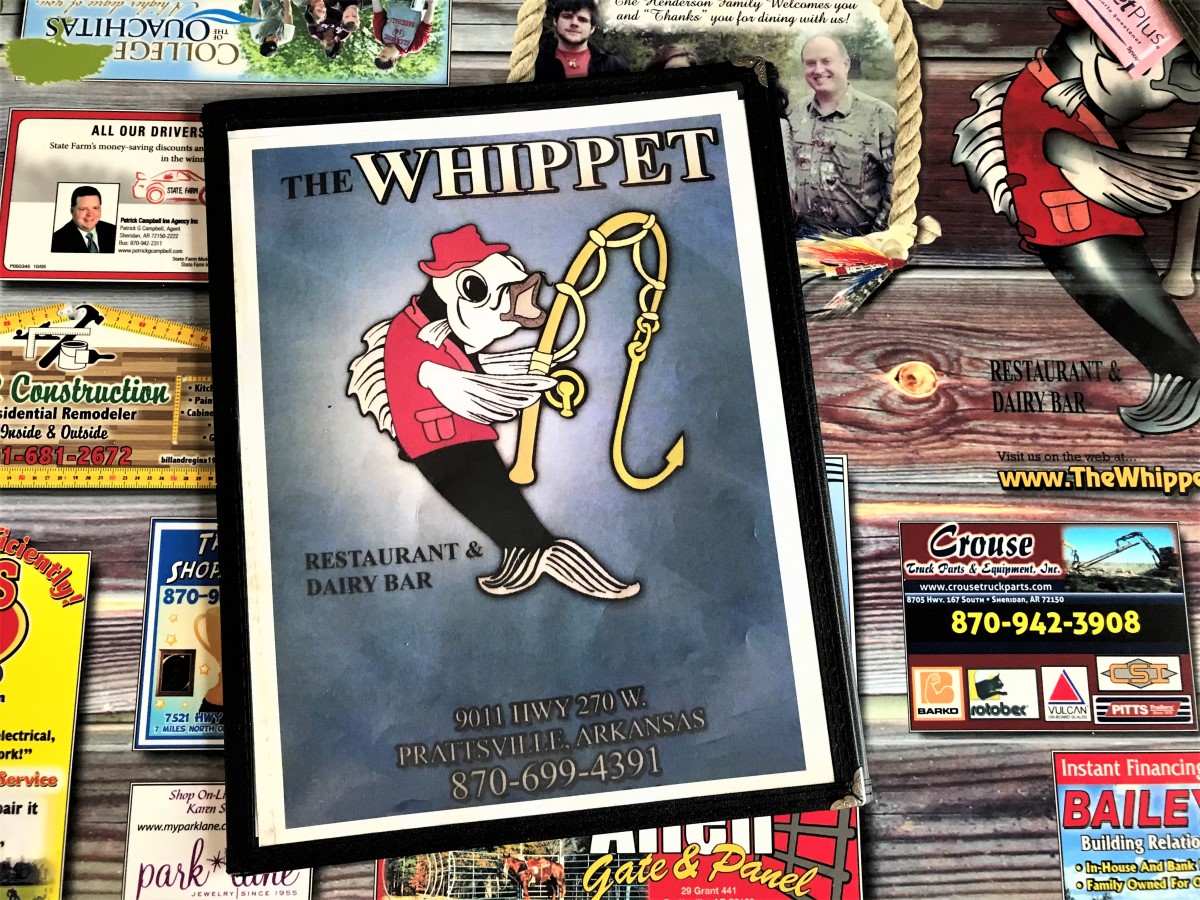 While I love writing about Little Rock restaurants, I can’t tell you how refreshing it has been to get out of my comfort zone and cover some of the small-town spots around Arkansas. Writing for OnlyinArk.com has without question motivated me to report on The Natural State’s hidden gem eateries, many of which come reader recommended.

One of these places is The Whippet in Prattsville. For those unfamiliar, Prattsville is tiny (like 300-people-tiny) and is located less than an hour south of the capitol city and about ten minutes west of Sheridan.

The restaurant started as Lovoie’s Drive-In in 1966, but through the years has experienced name changes, new owners, and even a dining hall addition. In 1994, Derek and Debbie Henderson bought the restaurant and the couple continues to run it to this day. The Whippet, in its present-day form, is a large rectangular-shaped dining hall, full of old chairs and tabletops decorated with local advertising. Dated, wood-paneled walls adorned with “Class of” photos from the old Prattsville High School give the restaurant a charming feel. It is a downhome atmosphere, right down to the server who refers to you as “honey” or “sweetie.”

If you have been to The Whippet, chances are the fried catfish brought you through the door. I have long been told it is some of the best in the state, and nothing about my recent experience went against that notion. The fried strips, possibly purposefully under-seasoned to pair well with the accompanying side items, are lightly cornmeal-battered, crisp, and not at all greasy. Those side items, also known as “The Set-Up,” include tomato relish, slaw, hush puppies, and beans, the latter of which was possibly the best thing to hit the table during our entire lunch, and that’s saying a lot. Multiple varieties of beans yielded such a thick, almost creamy texture and consistency, but also a mild flavor that paired well with the other items, like the pulverized slaw and sweet relish. We also tried the hand-breaded chicken strips and a 1/3-pound cheeseburger with all the fixings. Both items did not disappoint, but the fried catfish should be your primary objective at The Whippet.

Two slices of cream pie, one coconut and the other chocolate, hit the table right after we polished off the fried catfish. Natural light from a nearby window shined through the fluffy meringue, which was something I had never seen before. Couple that with hand-formed and buttery crusts and thick, sweet fillings, and we had ourselves pie Nirvana.

Our entire experience at The Whippet, from the simple, well-executed food to the warm service to the ridiculously affordable prices, proved to be a memorable one. The place had its own style and uniqueness, but I am sure there are similar restaurants like it all over Arkansas.

Slowly but surely, my goal is to find them. It should be a fun adventure.

7 responses to “The Whippet in Prattsville”