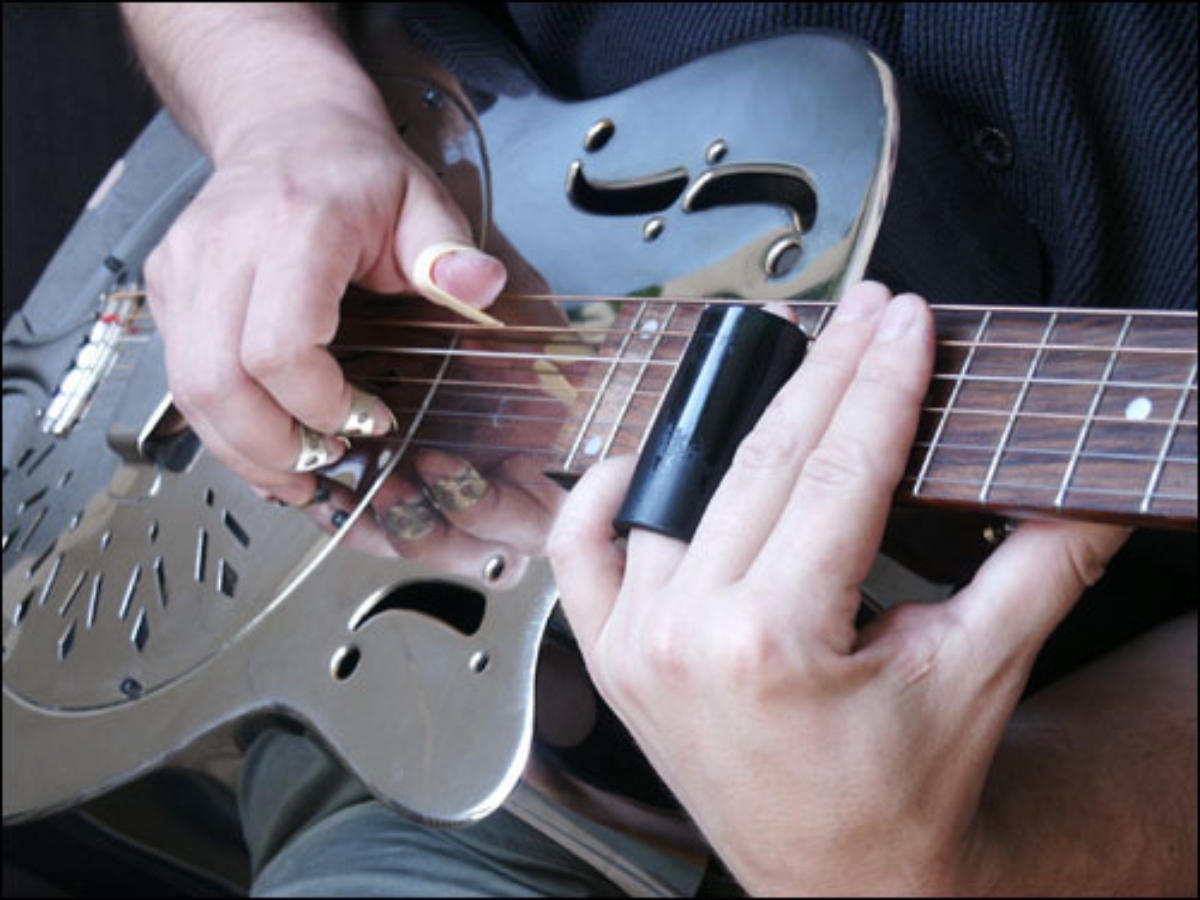 Memphis is often considered the home of the Delta blues, but Arkansas holds its own as the birthplace of both bluesmen and blues cultures. West Memphis and Helena, Arkansas became hotbeds for blues musicians as the music came into its own in the 1930s and 40s. These Arkansans, whether famous at the time or remembered in history as father figures in the blues movement, can all call the state home.

The blues as a style of music developed in the Mississippi Delta and owes its roots to African music, specifically spirituals that were carried to the South by slaves. The spirituals evolved into field hollers, which often involved solo singers, occasionally with echos by others. These songs survived into the early 20th century, passed down from enslaved parents and grandparents to their children, where they continued to evolve. Solo guitarists strummed on street corners around the Delta, singing “the blues.” The harmonica, trumpet, trombone and piano later emerged as accompaniments, although an acoustic guitar still remains the core of the blues instruments. As the music gained popularity in the South, singers started coming together to perform in bars. It was in these small bars in Helena and West Memphis that some of the most famous Arkansas blues singers thrived.

Sonny Boy Williamson wasn’t the first blues musician in Arkansas, and not even the first to use the name, but he did leave a lasting impression on the blues and in the state. He was born in Mississippi as Aleck Miller. Miller took on various monikers as he traveled around Mississippi and Arkansas, playing harmonica and singing the blues. In the late 1930s, he began using the name Sonny Boy Williamson, although another blues singer from Chicago was already well known by this name.  In 1941, Williamson began playing on the “King Biscuit Time” radio show, which broadcast from KFFA in Helena.

Named after King Biscuit Flour, which was sold locally at Interstate Grocery, the show’s sponsor, “King Biscuit Time” broadcast daily from noon to 12:15 p.m. The show reached listeners up to 80 miles away and launched a cascade of radio shows in the south featuring blues singers. Williamson recorded albums in the 1950s that garnered him enough fame to tour Europe in 1963 and 1964, where a love for the American blues was fueling the sounds of British rock bands, including the Animals, the Yardbirds, and to some extent, even the Beatles. Williamson returned to Helena and “King Biscuit Time”, but his career was cut short in 1965 when he died suddenly.

Robert Lockwood, Jr. was another Arkansas blues singer to come out of “King Biscuit Time.” Lockwood was born in Turkey Scratch, Arkansas and began playing the guitar under the tutelage of another famous blues player, Robert Johnson. Lockwood, Jr. quickly became associated with both Johnson and Williamson. He traveled with them to perform in juke joints and starred in “King Biscuit Time.” He eventually moved to Chicago and Ohio, where he began recording his own music. He was inducted into the Blues Hall of Fame in 1989 and the Delta Blues Hall of Fame in 1998. He enjoyed a long career that included recording an album every year until his death in 2006.

Robert Nighthawk was born into a musical family in Helena, the center of the Arkansas blues movement. This combination helped launch him as an influential slide guitarist best known for his smooth songs and his time on the “Bright Star Flour” radio show. Born Robert Lee McCollum, the musician was the quintessential blues player. He traveled the South, picking up gigs where he could and playing with other blues musicians. He fled to St. Louis in 1935 after an incident with the law. Though Chicago had a bigger reputation for blues musicians, St. Louis was also hopping at the time, with many artists playing in juke joints every night. Nighthawk joined in and it was here he learned the slide guitar style. In 1941, he returned to Arkansas and adopted the last name of Nighthawk from one of his most recognized songs at the time, “Prowling Night-Hawk.” On the “Bright Star Flour” show, Nighthawk used an electrified guitar along with the slide to bring a new sound that would influence blues artists to come, including Muddy Waters and B.B. King. Nighthawk recorded his own albums but was also a respected session musician. Nighthawk died in 1967 and is buried in his hometown of Helena.

While the blues scene in Helena was spurred by Sonny Boy Williamson, Robert Nighthawk and Robert Lockwood, Jr., West Memphis had its own thriving blues scene in Howlin’ Wolf. Chester Arthur Burnett was born in Mississippi and picked up the nickname Wolf from his grandmother. His childhood wasn’t easy, but he eventually landed at his father’s Mississippi Delta farm, where he worked and learned how to play the guitar from one of the earliest and greatest Delta blues musicians, Charlie Patton. Burnett began traveling and playing, finding himself in Helena and West Memphis. He learned the harmonica from Sonny Boy Williamson. After spending time in the army, his career took off in 1948. He landed a radio spot in West Memphis and put together a band. His howling style over the radio waves drew the attention of Sam Phillips, who recorded Elvis Presley and Johnny Cash, among others. Howlin’ Wolf won fans with his low voice, huge stature (6 feet, 3 inches, and size 16 shoes) and his crazy stage antics. He toured the United States and England, recorded many hits and headlined blues festivals. He died in 1976 and is included in the Blues Foundation Hall of Fame and the Rock and Roll Hall of Fame.

Steeped in the Delta Blues tradition, musicians continued to come out of Arkansas. Lonnie Shields was born in West Helena and grew up singing gospel, funk and soul music. He met Sam Carr, Robert Nighthawk’s biological son, after a move to Clarksdale, Mississippi. Carr played in the band The Jelly Roll Kings, and pulled Shields in as a young member, a role Shields has never forgotten. Shields also studied famous bluesman B.B. King, whose work directly influenced Shields’ style. In 1986, Shields played the King Biscuit Blues Festival, held in Helena every year. He released his first album in 1993 and has a total of six albums. Though he claimed he’d retired several times, Shields is back on tour, keeping the original Delta blues alive.

The Delta Cultural Center in Helena maintains the King Biscuit Time exhibit, which includes a live broadcast every weekday from 12:15 p.m. to 12:45 p.m. The Delta Sounds exhibit covers the history of the Delta blues, including the many bluesmen to come out of the state of Arkansas.