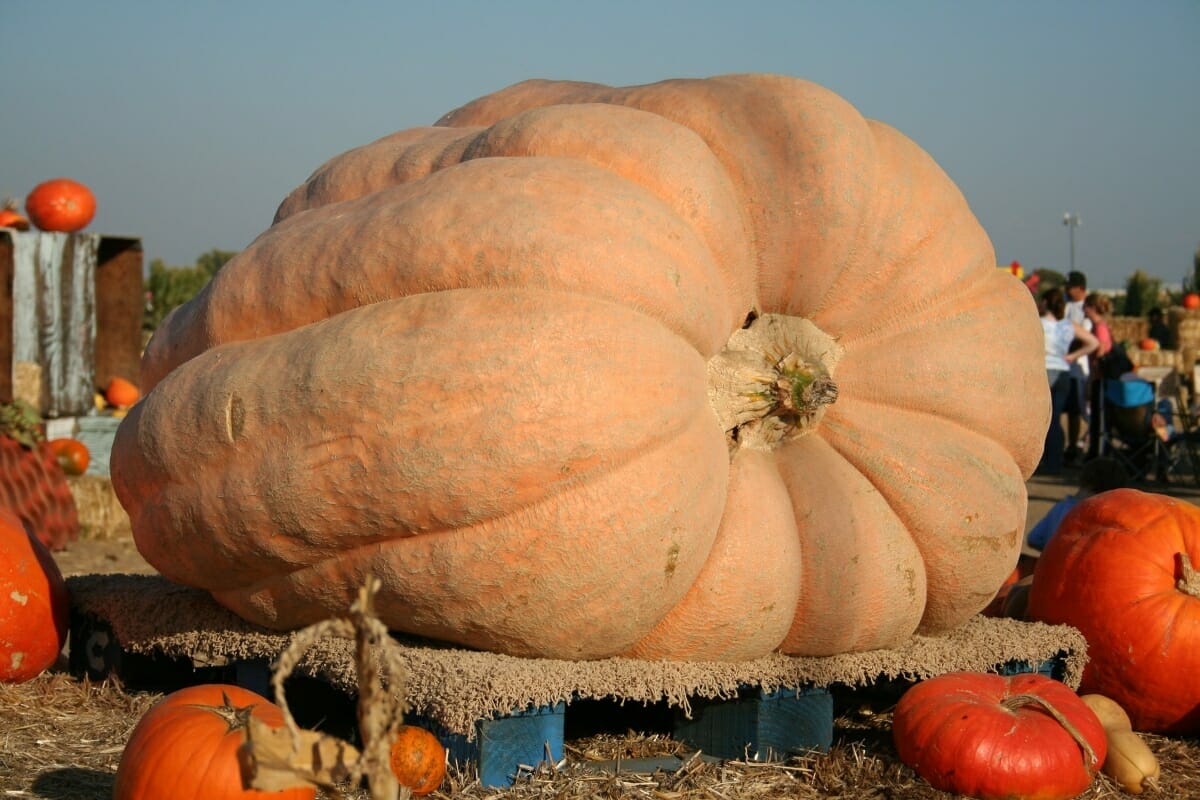 State fairs have long been places of celebration and fun. They are also centers for competition as farmers bring in livestock and vegetables, quilts are proudly displayed, and bakers hope their creations win the prize ribbon in their categories. Though many state fairs hold unusual competitions, like Colorado’s Pet Rock Olympics and Minnesota’s llama costume contest, it’s also tradition to hold contests for oversized vegetables. At the Arkansas State Fair in Little Rock, giant pumpkin and watermelon contests are held each year. Students from around the state work hard all summer to grow their giant fruits and claim the title.

History of Fairs in the United States

Elkanah Watson gets credit for organizing the first fair held in America in 1807 in Pittsfield, Massachusetts. It wasn’t a large event and only involved sheep shearing. However, until then, most fairs revolved around religious holidays, not agricultural events. From this point, fairs began to shift in nature as local communities organized showings for animals, judged them and awarded prizes. The New York State Fair debuted in 1841. The two-day event mainly featured animal competitions, but soon other states followed the lead, and more competitions were added.

Giant vegetable contests have been a state fair staple from at least the mid-twentieth century in many states. In Arkansas, the state 4-H program has encouraged its club members to participate in giant pumpkin and watermelon contests for at least 35 years. Dr. Craig Anderson began the contest for 4-H students when he worked in the state agricultural extension office. Horticulture is a 4-H project area. Members from ages nine to 19 can participate in the contests.

Students who want to grow their own giant vegetables all receive the same seeds. Pumpkins are grown from the Atlantic Giant variety and watermelons from the Carolina Cross variety. Students have 135 days from planting to harvesting to grow their watermelons and 150 days for giant pumpkins. During that time, they’re responsible for watering, pest control, and other measures to ensure their giant fruits reach harvest time. For anyone who has ever gardened and battled squash bugs, powdery mildew and rotting pumpkins, you know getting a vegetable through the growing season is no easy task. One 4-H giant pumpkin winner also swears by talking to the growing vegetables.

The last day to harvest the giant fruits this year was Oct. 8. The vegetables don’t have to be perfect, but they do need to be free from rot and from scrapes or punctures larger than an inch. After harvest, students have to arrange transport for their fruits to be weighed at the official 4-H weigh-in at the Arkansas State Fair. Ribbons will be awarded for first through third places in each category. And the winning pumpkins and watermelons can be viewed for a week at the fair. Students can also enter their vegetables into the Arkansas State Fair Creative Arts Exhibitors competition as well.

In the 2020 competition, 11-year-old Mark “Buster” Passmore won both the giant pumpkin and giant watermelon contests. Passmore had already won the giant pumpkin contest twice before, but it was his first year to win both. His largest pumpkin to date, grown in 2019, weighed 491 pounds. It required a forklift to load and unload his entry to the competition.

A 491-pound pumpkin is nothing to sniff at, but the world of giant fruits and vegetables is a strange one. The world record for heaviest pumpkin was just broken at Lo Zuccone, Italy’s giant pumpkin festival. Italian Stefano Cutrupi’s pumpkin weighed in at a stunning 2,702.8 pounds. Still, this record may not stand much longer. The world pumpkin championships take place this October in Germany, and Belgian Mario Vangeel feels his giant pumpkin has a shot at overtaking the record-holder.

In Arkansas, the largest pumpkin on record weighed in at 684 pounds, set in 2005 by Shawn King. Though large, Arkansas’s giant pumpkins can’t come close to those grown in more Northern climates that enjoy longer daylight hours during the summer. Alaska is especially known for its giant vegetables. Although the state has the shortest growing season, its nearly 24 hours of daylight during that time of year means giant vegetables can reach massive weights. Still, the American giant pumpkin record belongs to New Hampshire grower Steve Geddes, who grew a 2,528-pound pumpkin in 2018.

This year the Arkansas State Fair takes place Oct. 15-24 at the State Fair Complex in Little Rock. The official 4-H weigh-in will be on the morning of Oct. 16, when winning giant pumpkins and watermelons will be recognized with ribbons. If you visit the fair, you’ll be able to find these amazing giant vegetables on display in the Arts & Crafts Building and appreciate the hard work each student put into growing their pumpkin or watermelon.

If you have a child interested in growing a pumpkin or watermelon for next year’s competitions, 4-H is an inclusive youth program with over 100 years of history in the state of Arkansas. It’s available to children in every county and offers program areas in horticulture, leadership, livestock, health and nutrition, the arts, fashion and apparel, STEAM and much more.

In the classic Peanuts episode “It’s the Great Pumpkin, Charlie Brown,” Linus waits all night for the Great Pumpkin to visit. Fortunately, we don’t have to wait around like Linus. You can already find some truly great watermelon and pumpkins at the fair.