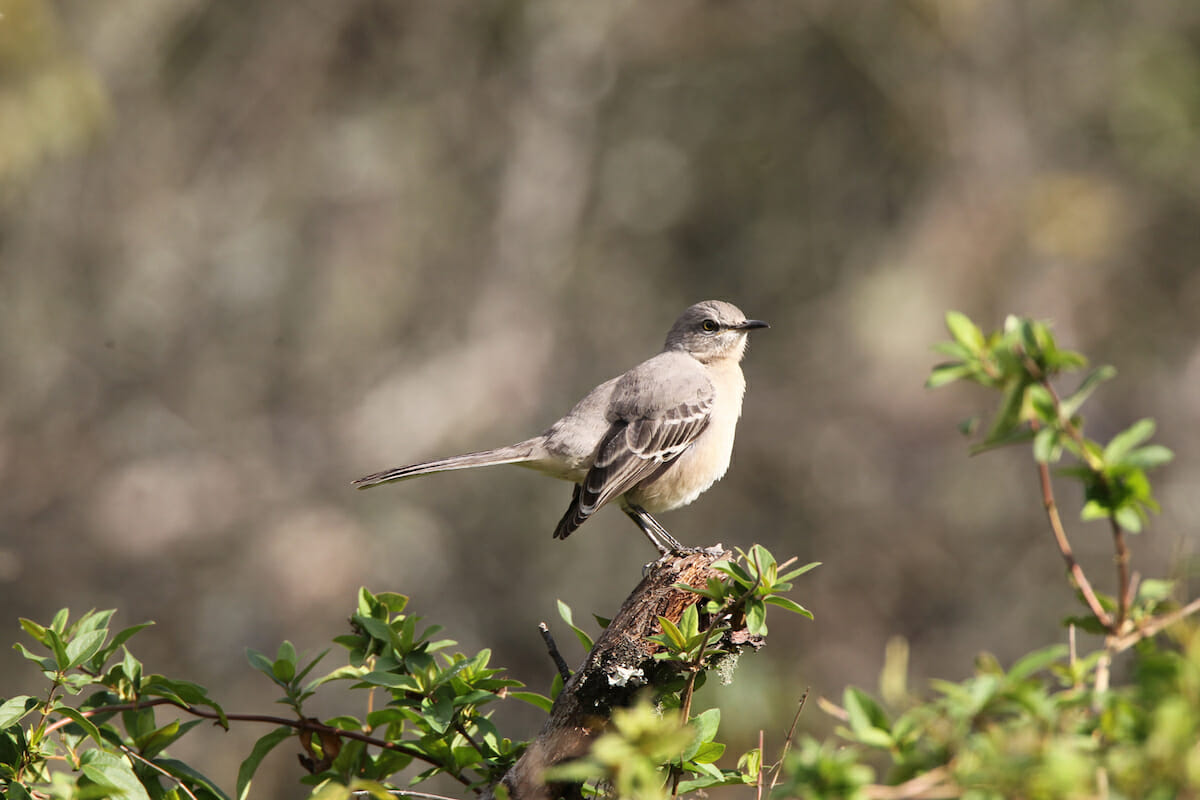 The Arkansas Federation of Women’s Clubs (AFWC), created in 1897, was dedicated to volunteerism and social reform. The organization promoted literacy by setting up permanent and traveling libraries across the state, called for preservation of the Old Statehouse and was instrumental in campaigning for both the apple blossom and the northern mockingbird to be named as state symbols.

Mimus polyglottos, Latin for “many-tongued mimic,” is the scientific name of the mockingbird — rightly so considering its singing ability. Mockingbirds sing all day but if you’ve ever left your window open on a cool spring night you’ve likely been awakened by an unmatched male singing for hours on end in search of a mate.

While many people believe mockingbirds only mock, mimicry makes up only about 10 percent of their songs. Mockingbirds, like other birds, have their own vocal range and tone but will often mix in sounds they have learned from other sources. Most birds learn their sounds from a mentor bird during a short window while they are young. Throughout their lifetime, mockingbirds tend to pick up new sounds. With over 200 songs in their repertoire, they have an uncanny ability to copy sounds of other birds, animals, insects, amphibians and even man-made sounds like a telephone and other machinery.

The mockingbird’s sound was considered so appealing to many that throughout the 1800s it was not unusual for people to capture nestlings or adult birds and cage them as pets, of sorts. It became such a common practice that the birds began to disappear from some areas, and in the 1820s could sell for upward of $50, an excessive amount at the time.

Among their other efforts, the AFWC was known for their work in protecting bird species across the state. In 1903, William Dutcher, an amateur bird photographer, ornithologist and a keen proponent of bird conservation spoke to the AFWC about the economic value of birds, exhibiting many of Audubon’s bird charts. Around the same time, a young man was brought to the courts in Arkansas for possessing a caged mockingbird, a violation of statues, and was charged $3 plus costs and required to release the bird.

While their song is beautiful and varied, mockingbirds are generally considered a helpful bird. This led to the northern mockingbird’s selection as the Arkansas State bird. Records indicate that several members of the AFWC spoke about the benefits of mockingbirds to farmers.

Mockingbird diets consist primarily of bugs and weed seeds, and they don’t typically feed on fruit or vegetable matter until late in the fall. Both are beneficial acts for farmers and gardeners and were likely mentioned by the members of the AFWC and eventually led to the resolution to declare the northern mockingbird as Arkansas’ state bird.

According to the House Concurrent Resolution No. 22 March 5, 1929, as heard by the 47th General Assembly:

“Whereas, most of the States of the American Union have by resolution declared what should be their State Bird; and,

Whereas, the State of Arkansas has not by Resolution of the General Assembly declared what shall be regarded as the State Bird; and,

Whereas, the Arkansas Federation of Women’s Clubs have done much for the protection of the birds of the state;

Mockingbirds are a medium-sized songbird that is gray-brown. The breast is significantly lighter than the wing feathers although there are two white wing bars on each wing. Both male and females are usually between 8 and 10 inches tall.

Mockingbirds are common in towns and backyards and tend to perch along fence posts or telephone wires to sing. They are often seen divebombing other birds, cats or other animals deemed as intruders to their nesting area.

Mockingbirds feed primarily on insects during the summer months and will feed on fruit, including ornamental berries, during the fall and winter.

Mockingbirds typically live around eight years and will have a clutch of 2-6 eggs two to three times each year. Mockingbirds rarely reuse a nest, generally are monogamous for at least a breeding season and have occasionally been observed to mate for life.

Photos provided by Mike Wintroath of the Arkansas Game and Fish Commission.