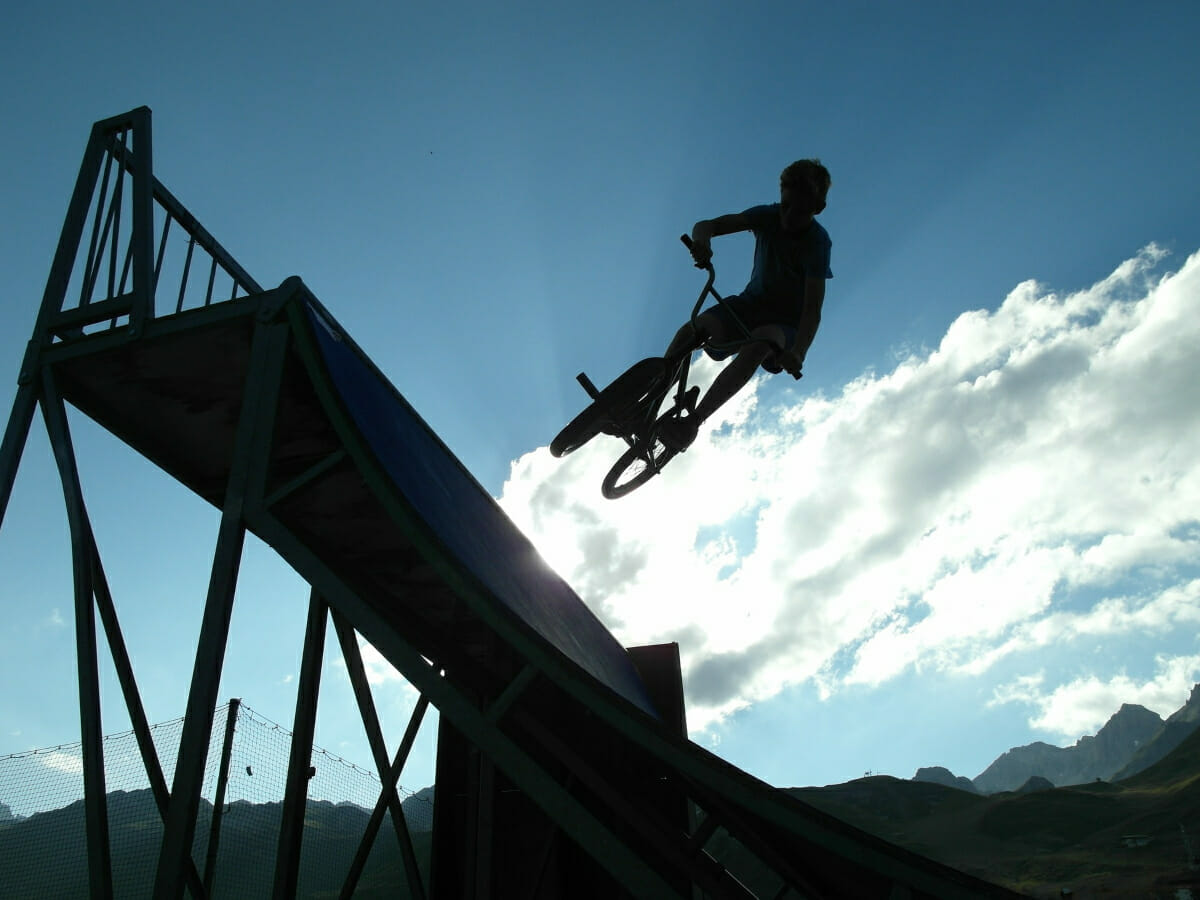 Michael LaSalata always wanted to own his own bike shop. Growing up in western Washington state, he and his twin brother loved to be outside. In the days before video games took over, their father gave them BMX bikes. The boys loved them and spent all day riding. Eventually, they learned enough to take the bikes apart, purchase parts and sell them to other kids. Michael bought an old pro bike he wanted to refurbish. He got halfway through the process before he grew “too old” to finish it. He moved on with life and left the dream of having his own shop behind.

LaSalata spent 25 years in the manufacturing sector as a millwright and also a maintenance manager in a sawmill. In the lumber industry, he saw production from a reverse standpoint. Once the wood arrived, it was then cut down into various products. “Instead of gathering all the parts and finishing a product, we had to sell ourselves every day,” he says of that experience. Within the sawmill, he was also surrounded by automation. Out of this grew a desire for hand-crafted quality products and the ability to bring parts together to create a high-level product.

LaSalata remained an avid cyclist, but as the years passed, he saw the price of bike parts increase. The quality and technology didn’t match the cost in LaSalata’s mind. The changes seemed to “dumb down the sport to make less competitive cyclists be more competitive.” LaSalata started racing bikes simply to reduce his cost for parts. Once he was on the circuit and people learned of his background in bikes and expertise in manufacturing, they started to ask, “Why don’t you build bikes?”

For LaSalata, the need for better parts and better bikes at a lower price point was clear. His prior experience allowed him to see the opportunity in the market and the profit margin as well. The only thing needed was the desire to start his own bike company. LaSalata had always had that dream in the back of his mind. In 2012, he joined Joe Prisel, who owned a bike park and also wanted to build bikes, to create Hellion Bikes.

The new company operated out of the Seattle area. They reached out to Craig Turner, of Craig Turner Kustoms. Craig’s father, Gary Turner, started building custom bikes in the 1970s after his son became interested in BMX racing. The phenomenon, which kicked into high gear in the mid-1970s, had kids racing down dirt tracks and flying through the air on their bikes. Turner thought he could produce something better and safer than what was currently available. He made his first bike for Craig. In 1979, Turner partnered with a local bike shop in California to begin producing his handcrafted bicycles.

Soon, Gary Turner bikes became a top brand in the BMX business and stayed on top for 20 years. Turner got out of the business in 1999, but a resurgence in interest in BMX drew him back. The market for BMX is no longer just children, but riders like LaSalata who grew up loving the sport and want to ride BMX style again.

Those riders need bikes capable of the demands of the sport that are large enough for adult riders. Turner tapped his son Craig to build the new bikes, teaching him all he had learned in his 20 years in the business. It’s Craig’s models that Hellion Bikes will offer to customers, each frame handcrafted by the younger Turner.

Hellion Bikes is also partnering with another well-known bike builder in the mountain biking world, Chris Canfield. Canfield ran his bike company Canfield Brothers alongside Lance Canfield for 20 years. Recently, Lance took over and rebranded as Canfield Bikes, while Chris created Suspension Formulas to assist and consult for companies that want to build the best bike suspensions in the business. Canfield is also a professional downhill racer and captured the 2019 Masters title in Downhill Racing and is a Masters World Champion.

Canfield’s suspension system brings the technology LaSalata desired for Hellion bikes: “The opportunity to offer something to the public of high quality at the price point of an entry-level model,” LaSalata says. Hellion bikes will be small, American-made batches and of a high quality that is intended to “live a lifetime with our consumer.”

As the pandemic hit in March of 2020, LaSalata grew increasingly dissatisfied with the circumstances surrounding his business in Washington. He had heard of the biking community in Arkansas and reached out, initially to Little Rock, who directed him to the Bentonville Chamber of Commerce. The city offered LaSalata everything he needed to make the move from Washington to Arkansas. “They were aggressive in a good way,” LaSalata recalls with a laugh.

Hellion Bikes recently relocated and is moving all of its production and retail into Northwest Arkansas. The new location is currently undisclosed as the business puts the final touches on its production and retail sales location, which will also include a restaurant and bar. Customers can shop the models on the floor, have a meal or a drink, then walk to the factory to pick up their new bike. In the meantime, Hellion has partnered with local Bentonville bike shop, Mojo Cycling, and will have a product launch on March 13th. LaSalata encourages people to stop by and try out the Hellion model, which will be available to ride.

LaSalata is excited to be in Arkansas and ready to hit the ground running, or more accurately, pedaling. “I’d like to offer any Arkansan 10% off on all retail sales including soft goods,” he says. Customers simply need to provide proof of residence to receive the discount. “We’re excited about being able to bring more people into our brand in a faster fashion and more pro-level, quality bikes for people to ride. Bentonville is ready for this.”

One response to “Hellion Bikes Lands in Arkansas”