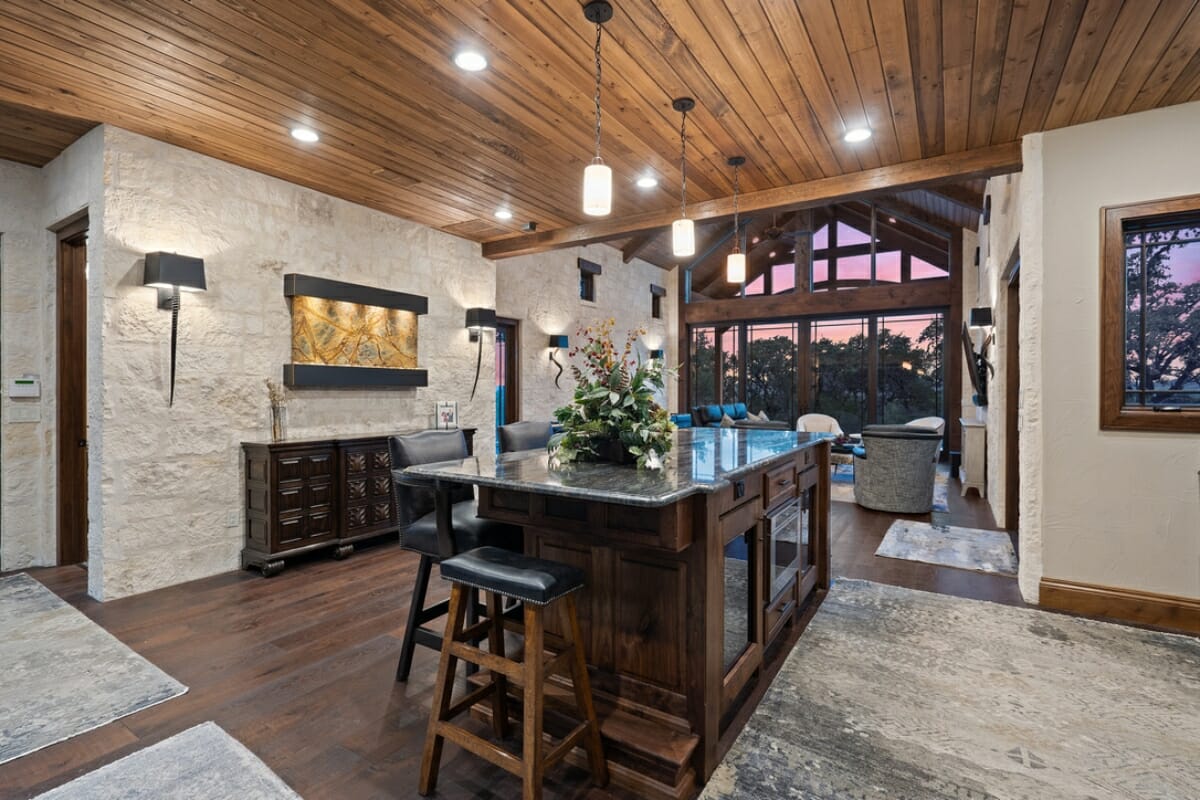 Sometimes carrying on a family legacy is challenging work. But Joe Julian grew up working alongside his father and brothers in Julian & Sons, and now he’s taking the family business to the next level while honoring what his father worked so hard to build.

Julian & Sons is a woodworking business in Heber Springs focusing on custom furniture. Founder Tom Julian moved to the area from California in 1972 and created the company when his four sons were young, ranging from 11 to two. Though it wasn’t easy, the elder Julian was able to carve out a niche in custom woodworking by creating beautiful cabinetry and gun cases for trophy rooms around the world. Julian & Sons became well-known in this arena.

When Tom Julian died in 2019, Joe decided to do something he swore he never would: he bought out his brother in the business and became the owner and president of Julian & Sons. “I used to say I was leaving Arkansas as soon as I turned 18,” he says with a laugh. “I was never going to be in the woodworking business.” Joe spent his formative and teenage years working with his brothers and father, learning the trade. When his father found out some employees were stealing from the company in 1989, he fired them and worked solely with his sons. Joe became vice-president of the company in 1990 and has worked in the family business ever since.

The business hasn’t tied him down in Arkansas. Instead, it’s allowed him to meet people from nearly every state and travel around the world. Julian & Sons’ custom designs draw high-end clients from Saudi Arabia, the United Arab Emirates, Europe, Alaska and more. Joe has had the opportunity to build relationships with clients as they discuss their visions for a trophy room or library. The design experience isn’t simply a set of drawings.

“Our trophy rooms are more like family rooms. You’re meant to spend time together. You don’t walk through it and walk out. It’s an experience. It’s not like others that are hands-off and cold,” Julian says. For that, he likes to understand what the customer envisions, and how to bring that vision to life. That often means Julian travels to the customer’s home to see the space and help hone the vision before drawing the plans. Then his team builds the furniture and installs it personally. Julian is firm about continuing to run the business with the integrity his father brought to every job. The Julian & Sons team is involved from start to finish instead of handing the job over to subcontractors.

“They get us when they contract us,” Julian explains. “The details matter. Service matters. We’re clean, accountable, on time and on budget. We’re not interested in being the same as others. You come to us because we’re special.”

Those words are the same that Joe’s father instilled in his sons as they worked for years to grow the business. The materials used are high-quality, the craftsmanship is exceptional, and the attentiveness to customers is excellent. Joe’s father wouldn’t have settled for less, and neither will Joe.

When he took over the business in 2019, the younger Julian wanted to both expand his father’s vision and make it his own. The company has begun to focus more on other spaces within the home, in addition to libraries and trophy rooms. They bring their hardwood cabinetry and eye for design into kitchens, studies, offices and bathrooms. They also design and produce heirloom furniture to match existing rooms or to fulfill the customer’s vision for the piece.

Recently, Julian & Sons started offering the Overland Chest, a handcrafted chest made from American Black Walnut and leather that serves as a locker for sporting equipment and a portable bar.

Even though much of what Julian & Sons produces ultimately leaves Arkansas, Joe Julian is aware of what it means for his company to be in Arkansas. “I’m proud to be from Heber Springs and Arkansas. I tell people this is an amazing place. My dad always said Arkansas was his home. He fell in love with it. I was born and raised in it. It’ll always be home.”

He’s also aware of what his company brings to Arkansas. “We want people to know this state is producing this type of product. We bring money from out of state, and 99% of our revenue comes into the state of Arkansas. We want to continue to do that and create and promote jobs here in Arkansas.”

As part of his vision for the future of Julian & Sons, Joe passionately defends the trades industry as vital. And he believes it’s a great career option. He is always on the lookout for quality craftsmen or those who want to learn the trade. Being part of Julian & Sons means being part of a team that works together to produce high-quality woodwork. “Everyone signs the work to the client,” Joe says. “It’s not a random number on their piece. Everything we do, our team does together.”

Joe learned that togetherness and sense of family working with his father. Now that Julian & Sons is his, it’s what Joe Julian is carrying forward as he steps out from his father’s legacy to make his own.