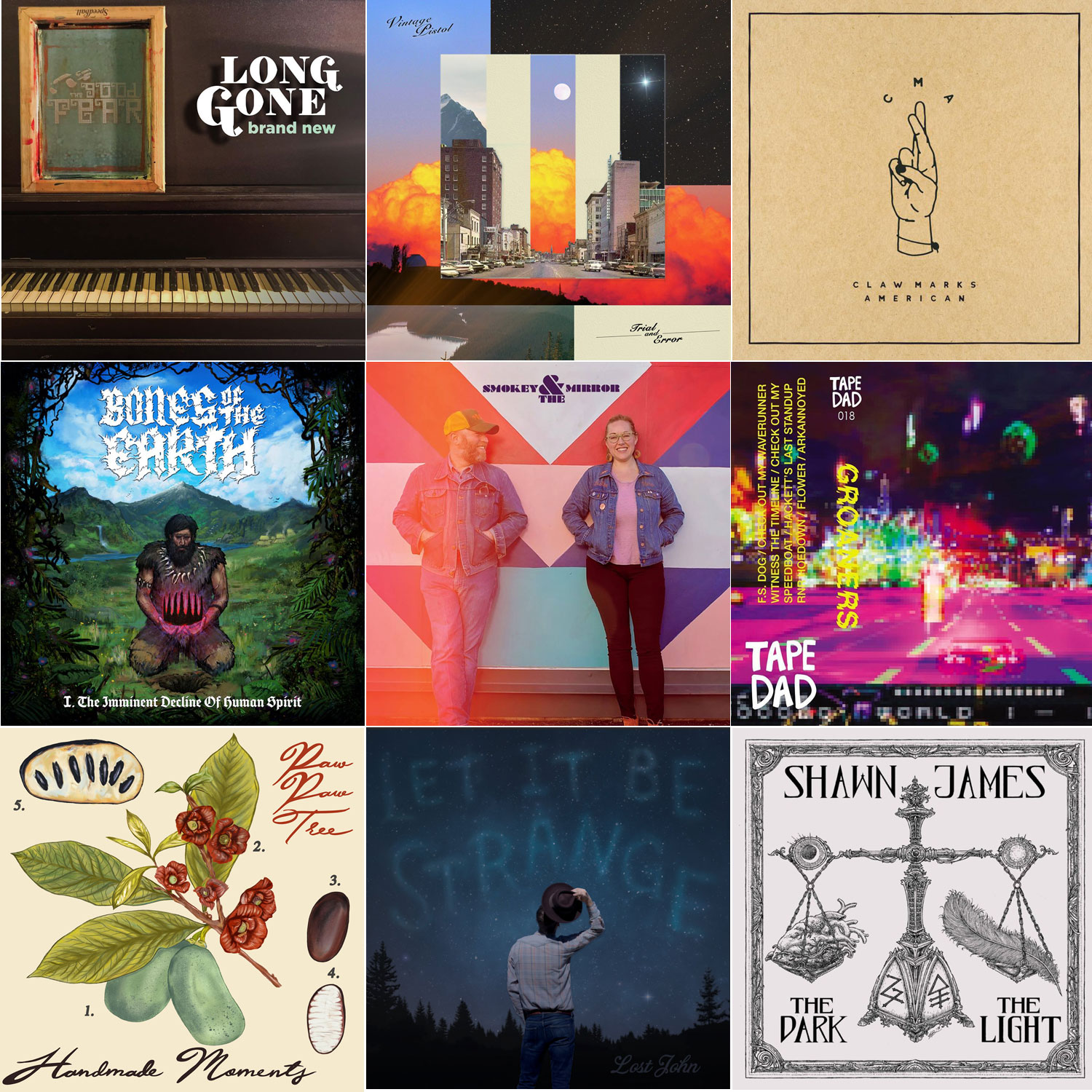 There has been a lot of new local music released in the past few months in Northwest Arkansas. Like, a whole lot.

Here’s a roundup of some of the recent releases that have come out recently from NWA bands, complete with links to where to purchase it, and embeds to stream the albums on Spotify when available.

The record is now available via streaming services and was recorded at Sound Source Studio in the Ozark Mountains.

The band is made up of Taylor Smith, Walt Blythe, Garrett August, Jonny Morden, and Jake Schaffer.

Listen to Trial & Error below, or purchase it here.

Smokey & The Mirror – Here and Now

The album includes 9 songs and was recorded at Haxton Road Studios in Bentonville.

The record was released digitally initially, but the band has also announced plans to release it on vinyl. The band is taking pre-orders for the records now, and they plan to begin shipping them next month.

Smokey & The Mirror is made up of husband and wife duo, Bryan and Bernice Hembree, though they typically add other musicians in the studio.

Listen to Here and Now below, or purchase it here.

The new album features 8 tracks, and is available via streaming services, and also on cassette via Tape Dad.

Check out “Groaners” below, or purchase it here.

Shawn James – The Dark & The Light

James was born in Chicago but called Fayetteville home for several years until recently. He spends a lot of his time on the road these days.

The record includes 10 new songs and is available via all the typical streaming/download services.

Listen to The Dark & The Light below, or purchase it here.

Lost John – Let It Be Strange

The album was recorded at singer Eric Witthans’ Homestead Recording in Fayetteville. It is available via streaming services and was also pressed on black, clear, and limited edition Black & White Swirl vinyl, available locally at Block Street records.

Check it out below, or purchase the record here.

Bones of the Earth – The Imminent Decline of Human Spirit

Fayetteville progressive/sludge/metal band Bones of the Earth released their debut album this month.

The record, titled The Imminent Decline of Human Spirit, officially came out April 4 and is available via Bandcamp, iTunes, Spotify, Apple Music, Google Play and other services.

The record is also available on cassette via Fayetteville-based tape label, Tape Dad.

The album was recorded, mixed, and mastered by Raif Box at Holy Anvil Recording Co.

Check out The Imminent Decline of Human Spirit below, or purchase it here.

Long-time Fayetteville rock band The Good Fear released their first album in over a decade this month.

The record officially came out on streaming services and on vinyl on April 10 via Little Rock-based record label, Max Recordings.

The album includes 9 tracks and was recorded at East Hall Studios in Fayetteville. The band is made up of Zach Holland, Todd Gill, Dustin Bartholomew (disclosure, Gill and Bartholomew are co-founders of the Fayetteville Flyer), Bryan Brown, and Damon Singleton.

Listen to Long Gone Brand New below, or purchase it here.