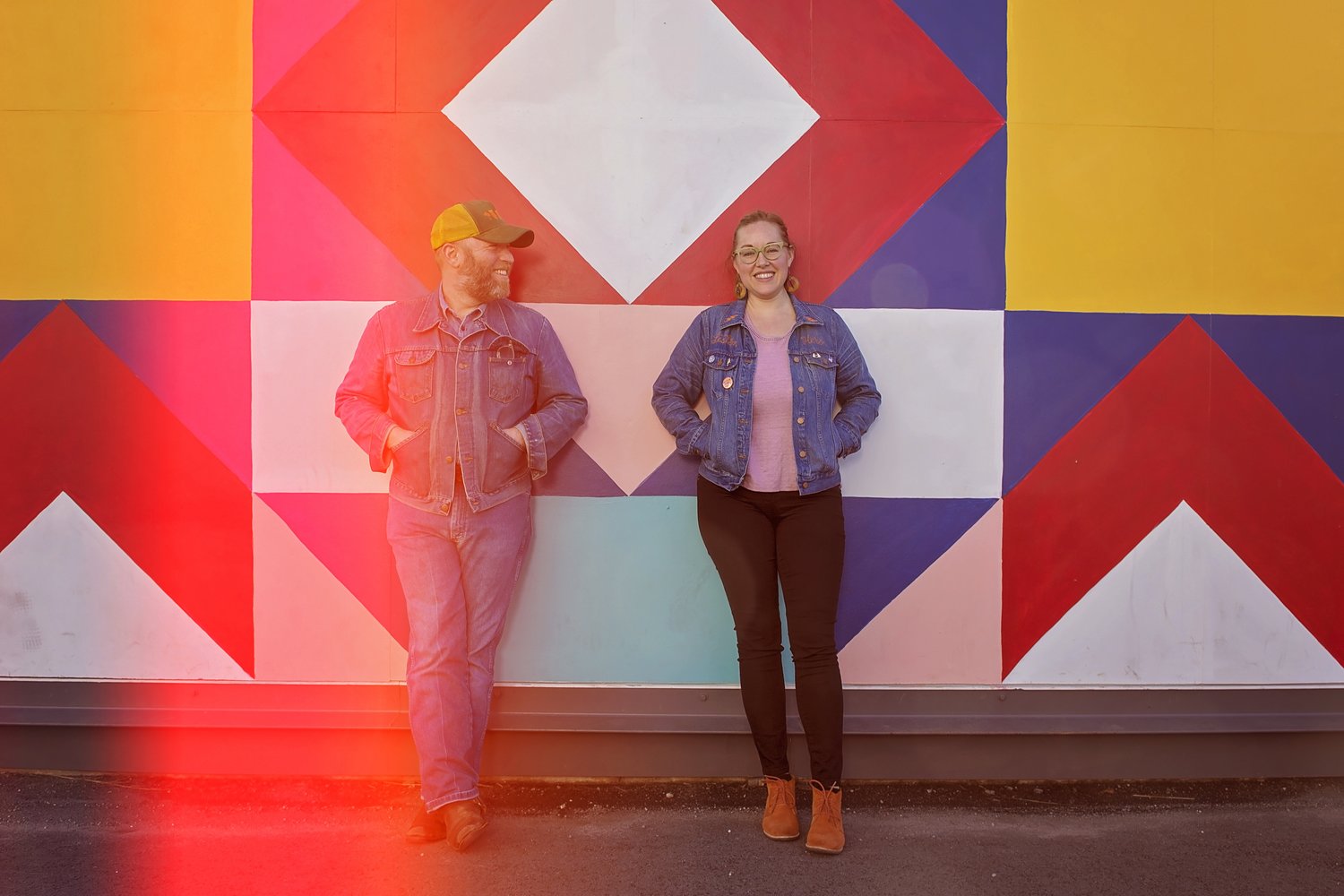 There are a lot of different levels to the term ‘busy.’

There’s ‘busy’ in the sense of something like, “Been busy cleaning out the attic,” “Been busy planning my daughter’s birthday party,” or even “Been busy re-watching the entire Game of Thrones series leading up to the final season,” kind-of-busy.

Don’t get us wrong, those kinds of things will certainly keep you busy.

But then, there’s Bryan-and-Bernice-Hembree-level busy, which is on a whole other stratosphere of the term.

The two, who are the creative force behind local touring band Smokey & the Mirror, are also creators of the highly successful Fayetteville Roots Festival that happens every fall in Fayetteville. In addition to that, they have been putting on and hosting regular sold-out shows with touring acts at the new Guisinger Music House on the Fayetteville square, in addition to performing and with multiple music projects of their own at any given moment.

They are also parents, which comes with plenty of responsibility in its own right, and they have day jobs on top of all this. Oh – and they recently got into the rare vintage Danish furniture business (more on that later).

The couple has been juggling all of this recently, and might we add, excelling at all of it, while also putting the finishing touches on a brand new full-length album titled Here & Now, that they released to streaming services last month, which – go figure – is also excellent.

We got in touch with the band this week to learn more about the new record, and all of the other irons the Hembrees have in various fires around town these days.

Somehow, they still found the time to answer our interview questions.

You guys made this one at Haxton Road Studios up in Bentonville. Tell us a bit about the recording process on Here & Now?

We tracked the entire record in one day, live in the studio. Haxton Road has a beautiful “live room” for recording. It really allowed us to all be in the same room and play together. This is the way we have made our last couple of records. We really think you can feel how human the performances are on this record. The process allows for it. After the first day of tracking, we added some additional vocals and guitar work. The album was then mixed on the third day. It was very satisfying to record, mix, and listen to the final version of the songs all in the same week.

Sounds like you have some new players on this one as well. Who played on this record with you guys?

Bernice on keys, Bryan on various guitars, Andrew Pressman (Austin TX) on bass, and Ryan Pickop (Tulsa, OK) on drums. Bernice usually switches between piano and bass in our live shows, but we wanted to track the rhythm section live on this record. Having Bernice lead on keys can change the whole vibe of a song. She sat down at the grand piano in the studio and started playing Dublin Blues – usually, she plays bass on that one – and it blew us away. We all started playing along, and it ended up on the album.

Our longtime drummer, Ryan Pickop, is on drums on this record. We have played tons of live shows together over the last four years, but this is the first recording project we have worked on together. It was a joy to have his input and spirit on this album.

Andrew Pressman is a long-time friend and collaborator of ours. Not only is he a great bassist with a tremendous musical ear, but he is a good guy to have around!

Even though this lineup of musicians is a first on a record, we felt right at home in the studio with them. You can hear the time we have spent together on stage.

Here and Now, the new album by Smokey & The Mirror / Courtesy

What can you tell us about the title, Here & Now?

It’s a reference to many things. Bryan and I started playing music as Smokey & The Mirror in 2013, and to this day we STILL have people – especially in our hometown – that haven’t heard us play. Or they heard us as we were transitioning from 3 Penny Acre to the music we are playing now. So, really it’s a statement of what we’re doing Here & Now. But also, it is a reminder of how things are relevant Here & Now. Take for instance the song, Do Right Woman. It was released in 1967, and still is relevant here and now.

Also, it speaks to the recording process of being alive and present/ here and now.

And to take it deeper, it’s a challenge in today’s world to stay present and in-the-moment. There is so much information, and misinformation swirling around that it can sometimes be hard to keep focus. Here is the place we are, and Now is the present tense and what is happening in real time, right now.

I’m always curious about artists’ songwriting process. How do you guys approach songwriting in general, and did you do anything differently on this latest record?

This album covers various styles of writing. The first track, Edge of Light, is a co-write with Bryan’s friend J. Wagner. Ancient Lillies we put on this record (it is also on Thin Black Line) because it has a different groove with the bass and drums. We wanted to refresh it. Also, that song is Bernice’s first song to write solo. I Wear Blue is a song Bernice wrote during a workshop with Joe Crookston. It was a “stream of conscience” exercise that brought that song about. Writing NONSTOP for 5 minutes to see what comes out of the pencil. I Want More is a song that Bryan wrote with our Swedish friend, Tom Levin. Co-writes are so interesting – it is a merging of two people’s view on life. It can really make us stop and think about our lyric and what it means outside of our own head. Usually Bryan and I write separately and then share our songs to get feedback and/or lyric help, but Another Day Older is a true Bernice & Bryan co-write. That song came about on a drive down a hot Texas highway. It holds a special memory for me as I remember sitting on the bed writing some of the lines with Bryan. And let me not forget to mention that Wings of a Bluebird was a dream song! Bryan dreamt it completely! If only we could all be that fortunate.

In addition to Here and Now, you guys are currently in the middle of something called The Denmark Project that sounds interesting. Tell us about that.

We just wrapped up a writing & recording session with The Denmark Project. Our Danish friends and collaborators, The Sentimentals, flew over to Northwest Arkansas and spent the week rehearsing and recording with us. A little backstory: We met MC, Jacob, and Nikolaj at Folk Alliance in 2011. Nikolaj needed a bass to borrow and met Bernice through that. We struck up a musical friendship, and over the years we have kept up with each other. This specific project started with us going to Denmark to test the waters in 2016. March of 2018 we did a full tour playing shows with The Sentimentals as our backing band. There was a great chemistry between us all. Last fall, Bryan and I took two weeks out of our lives to travel to Denmark (two days after Roots Fest last year!) to write together, and with our friend MC Hansen of The Sentimentals. It was incredible to take the time to write together and to slow down enough to let the creative energy flow. To continue the process, MC came to Arkansas in December and we finished and started new songs. In the end, The Denmark Project record will have 9 songs that are pure collaboration. Everyone was involved in the songwriting and arranging process. The songs don’t sound like Smokey & The Mirror and they don’t sound like The Sentimentals. They are a mash-up of both bands, and we think a real testament to the creative process and collaboration.

The music we just recorded will start releasing this summer. First in Copenhagen at a show in Tivoli Gardens and then here in the states starting with the Fayetteville Roots Festival in August!

One response to “Smokey & The Mirror Releases New Album”