More Than Meets the Eye: Weeds You Can Eat 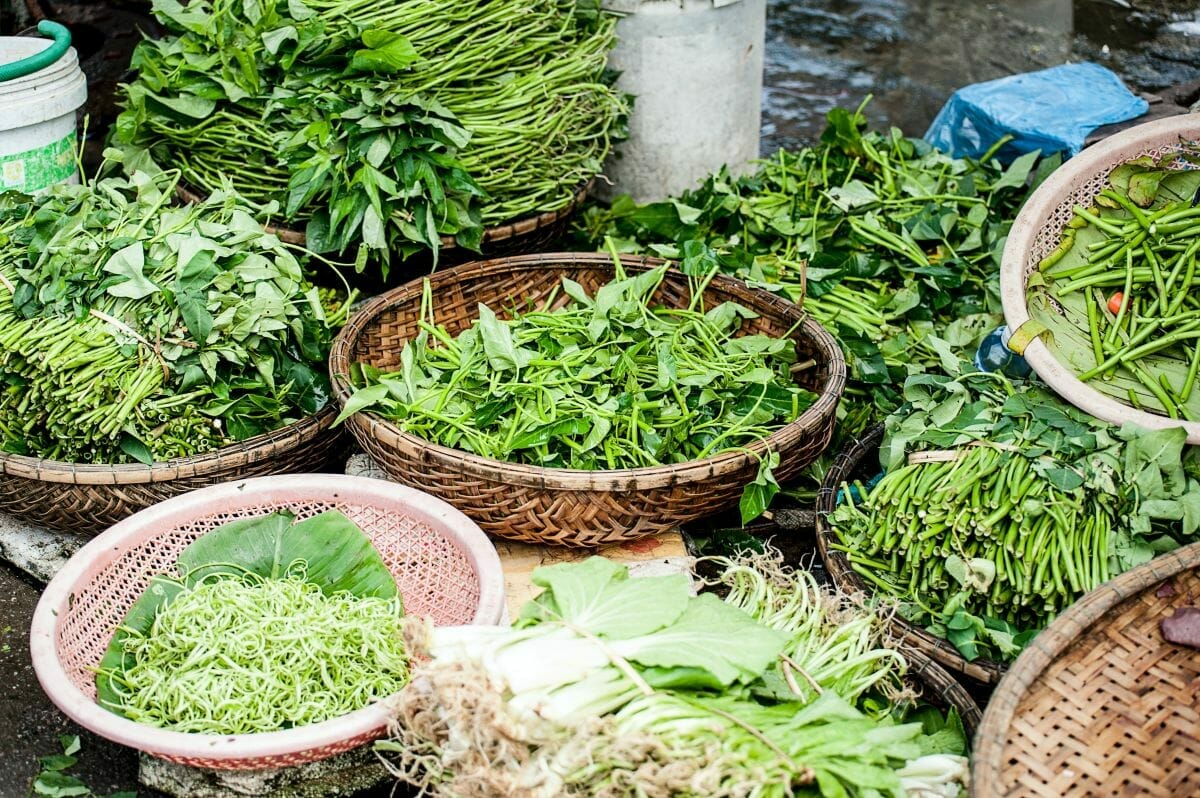 Folks in horticulture have argued for generations about which plants should be designated as “weeds” and which are plants that should be left to grow and bloom in one’s yard. Many weeds have lovely flowers (I like to call them wildflowers). Some can provide great native ground cover in soil that is unwelcoming to less-hardy cultivated plants. But did you know many of the weeds that pop up in your yard would also make a delicious addition to your produce drawer?

The best time to collect volunteer greens is either after a spring shower washes them down and then a little sunshine has a chance to dry the leaves, or first thing in the morning when the air is a little cool. A good rule of thumb for identification is that if its leaf looks like a dandelion and it’s growing in a rosette, you can probably eat it, but always identify it first.

If you only take the leaves, you can have a continuous harvest throughout its growing season, but if you’re also trying to clean up your yard or garden, use a spade to dig down and get the root as well.

Always wash your wild greens, then put them in a storage baggie or container with a damp paper towel to keep them fresh until you are ready to eat them.

Before you pick your greens

With those reminders in mind, here are eight Arkansas weeds you should add to your salad bowl:

Chickweed is commonly found in Arkansas yards and flower beds. In fact, it returns to my iris bed every year, no matter how often I pull it. Like lettuce, it has a mild flavor and is a little crunchy. It grows quickly in early spring in large sprawling masses. It tends to get stringy in the stem, so cut the top couple of inches of leaves and flowers to eat raw in salads or added to sandwiches and wraps.

Wild chicory often grows along dirt roads and highways (where I warned you not to harvest it), but you’ll likely find it in less-traveled spots out of town as well. You can harvest them throughout the growing season, but their leaves and blooms are most tasty when they’re young. The roots are even known to be a viable substitute for coffee.

Red clover isn’t as common in Arkansas yards as its white cousin, but if you’re lucky enough to find it, you can add it to salads or use it to make a nice herbal tea. Commercial varieties are commonly used to alleviate menopausal symptoms like hot flashes and PMS. To make a tea, steep one to 3 teaspoons of dried flowers in 8 ounces of simmering (not boiling) water.

Lambsquarters look completely uninteresting and don’t provide much in the way of a flower, but their leaves and stems are edible when they’re growing from mid-spring to well into the fall months. It’s a good salad green and is hardy enough to sauté and use in recipes as you would spinach.

Plantain is another plant that offers leaves for salads or sautés, but there are no flowers to speak of. However, what it lacks in blooms, it makes up for in seeds. You can eat them raw when they appear on the stalks. Or roast them to add a little crunch to your fresh veggie dish. Several types of plantain grow in Arkansas, so try whatever you find and see if it’s a good one to keep on your list.

Pokeweed (poke sallet) is not a stowaway from Europe or a runaway transplant like so many of the weeds we see in our yards. Indigenous people in the Americas have regularly eaten the young leaves for hundreds of years. Unlike the other plants on the list, it must never be eaten raw. Blanching in lots of boiling water makes it safe to eat. And folks who have had it on the menu for generations say it’s delicious. The berries are not for eating, except by birds, which spread them far and wide.

Red sorrel is probably growing in your backyard right now, and you don’t even know it. It has sword-shaped leaves, and can be identified it by its tangy, citrus flavor. The leaves are a great addition to salads and sautés or added to pesto served with fish and chicken dishes.

Some mistake woodsorrel for buttercups because of their little yellow or white flowers. You might have also thought they were related to clover or shamrocks because of their three-lobed leaves, which can range from green to burgundy. While there are other wild plants named “sorrel,” they are not from the same family. You can add raw wood sorrel to your salads and other fresh veggie dishes.

For more ideas about plants you can find beyond your front yard, check out this great story about foraging in Arkansas fields and forests featured on Only in Arkansas in 2019.

Header photo by v2osk on Unsplash