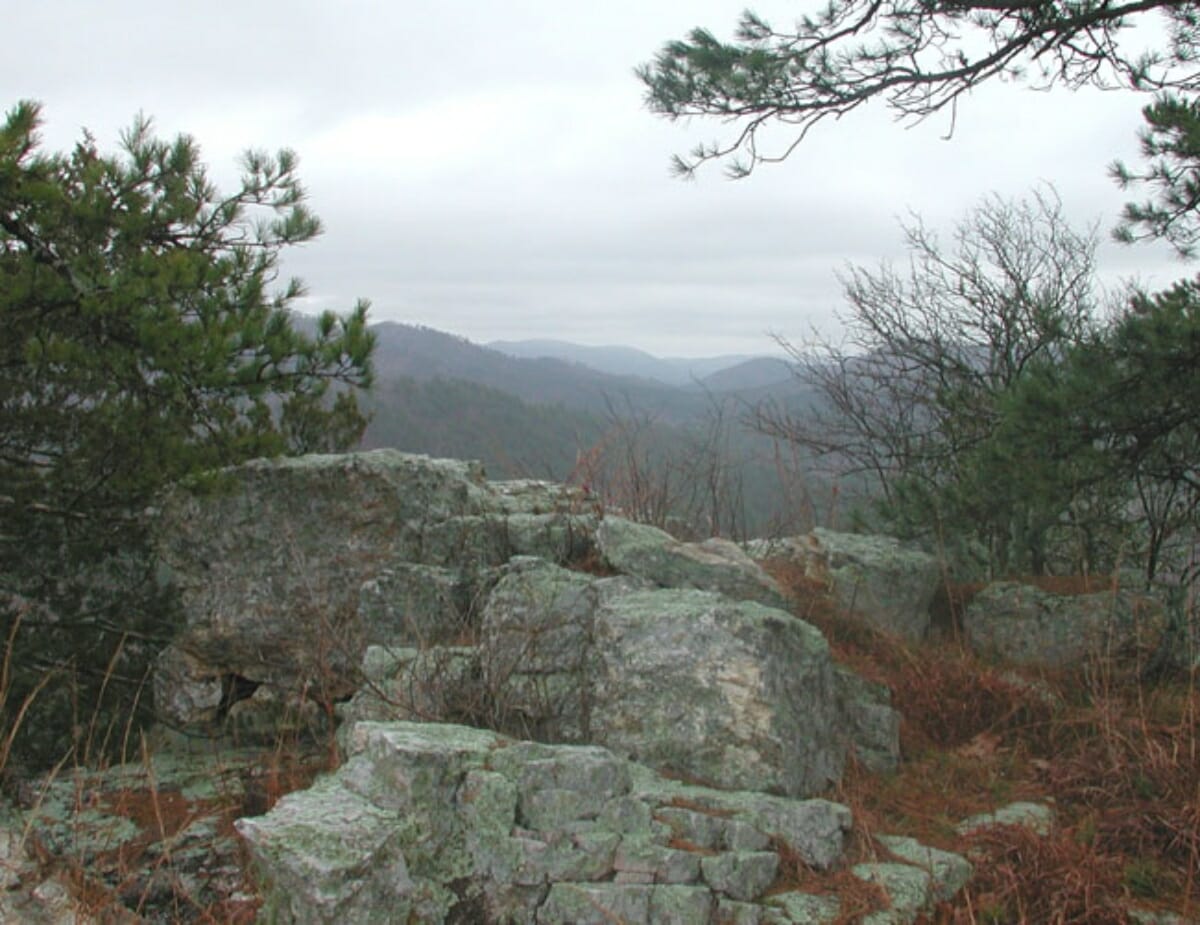 Whetstone isn’t something many of us think about until we need to sharpen a knife or other tool, but Dan Kirschman has spent forty-plus years thinking about Arkansas whetstone.

Novaculite, also known as Arkansas Stone, is found only in the Ouachita Mountains of Arkansas and Oklahoma. “Novaculite is a pure quartz sandstone which is made of 99% individual crystals. Crystals are 3-5 microns in size. How compacted these crystals are determines how the whetstones are classified into grades. Soft, hard, translucent & black. Soft being the coarsest to black the finest,” says Mary Swope of Dan’s Whetstone. The stone’s dense composition and resistance to erosion have made it the perfect sharpener for thousands of years.

As European settlers moved into the area, and Indians were relocated, the use for novaculite shifted. Europeans recognized the value of the stone scattered in large deposits around Southwestern Arkansas. By the 1800s, they were mining novaculite to be used as a whetstone to sharpen metal tools. Hot Springs became the center of quarry activity for this new industry. Mills sprang up in the area to cut the stones, but much of it was transported out of state. The Arkansas stone even gained a reputation in Europe as a fine whetstone.

Quarrying continued into the twentieth century. Although new technology using composite and synthetic abrasives replaced much of the use for novaculite as an industrial sharpener, it was still in demand to sharpen hand tools.

Dan Kirschman grew up in Colorado and studied at the Colorado School of Mines, where he earned his Engineer of Mines Degree. He worked around the country as a mining engineer before arriving in Hot Springs. While Dan worked in Hot Springs and traveled around the world for his job, he developed an interest in Arkansas novaculite. “On one of their first visits to their real estate agent, he was exposed to a whetstone business, and curiosity got the best of him, and he was hooked,” Mary Swopes recounts. He also noticed a demand for quality whetstones made from a natural product. Eventually, Dan decided to start his own whetstone company.

Dan Kirschman at his quarry.

In 1976, Dan’s Whetstone opened its doors for business. Initially located in Royal, Arkansas, a fire destroyed the company building in 1984. They relocated to just outside of Hot Springs. With continued growth throughout the end of the twentieth century, they refurbished an old poultry house in Pearcy and moved Dan’s Whetstone to its current location in 2004.

One of the most challenging parts of starting and sustaining Dan’s Whetstone was gaining recognition in the market. Because novaculite is only found in a few counties in southwestern Arkansas, many companies already existed in the area to mine the product. Through persistence and a high-quality product, Dan’s Whetstone has emerged as the leading producer and supplier of natural Arkansas whetstones.

The company owns over 500 acres of mineral properties and controls several quarries in the mountains surrounding Hot Springs. The company focuses on bringing a variety of whetstones to customers with a selection of grades to fit the user’s needs. Novaculite is graded by several factors, including texture and density. Dan notes that the color of the stone is not a true indication of the stone’s grade, although this theory has floated around for years.

The stone Dan’s Whetstone quarries and uses for its products can range in color from white, gray, black, pink or orange, often with a combination of colors in the product. Dan’s Whetstone has four grades available: Soft Arkansas, Hard Arkansas, Translucent and Black Arkansas. The website for Dan’s Whetstone includes a guide for selecting your whetstone and a YouTube video over basic sharpening using Arkansas natural stone.

If you’re new to using a whetstone, Dan’s Whetstone has created a product just for you. “The EZ Hone Knife Sharpening Systems is an exclusive product that was designed by Dan Kirschman of Dan’s Whetstone Co., Inc. with the novice knife sharpener in mind.” This is one of the company’s best-sellers, featuring a small, easy to use sharpener designed for in-home use. It comes with its own reusable container and a one-ounce bottle of oil, which the company recommends using as part of the sharpening process.

Dan’s Whetstone currently offers over 350 different products, including sandstone coasters, mined from the same quarries that produce the novaculite necessary to make whetstones. When Dan decided to stay in Hot Springs and open his own business, he didn’t know it would lead to over forty years of producing a unique, natural product mined and manufactured in Arkansas and sold all over the world. For Dan, one of the most rewarding parts of owning Dan’s Whetstone has meant seeing his children and grandchildren grow up and participate in the business. The other is “being proud to represent such a unique Arkansas product.”

You can find Dan’s Whetstone online at Danswhetstone.com and follow the company on Facebook. The Arkansas Archeological Society has an informative website over Arkansas Novaculite if you’d like to learn more about this Arkansas stone.

Thank you to the Arkansas Archeological Society and Dan’s Whetstone for permission to reproduce the photos used in this post.