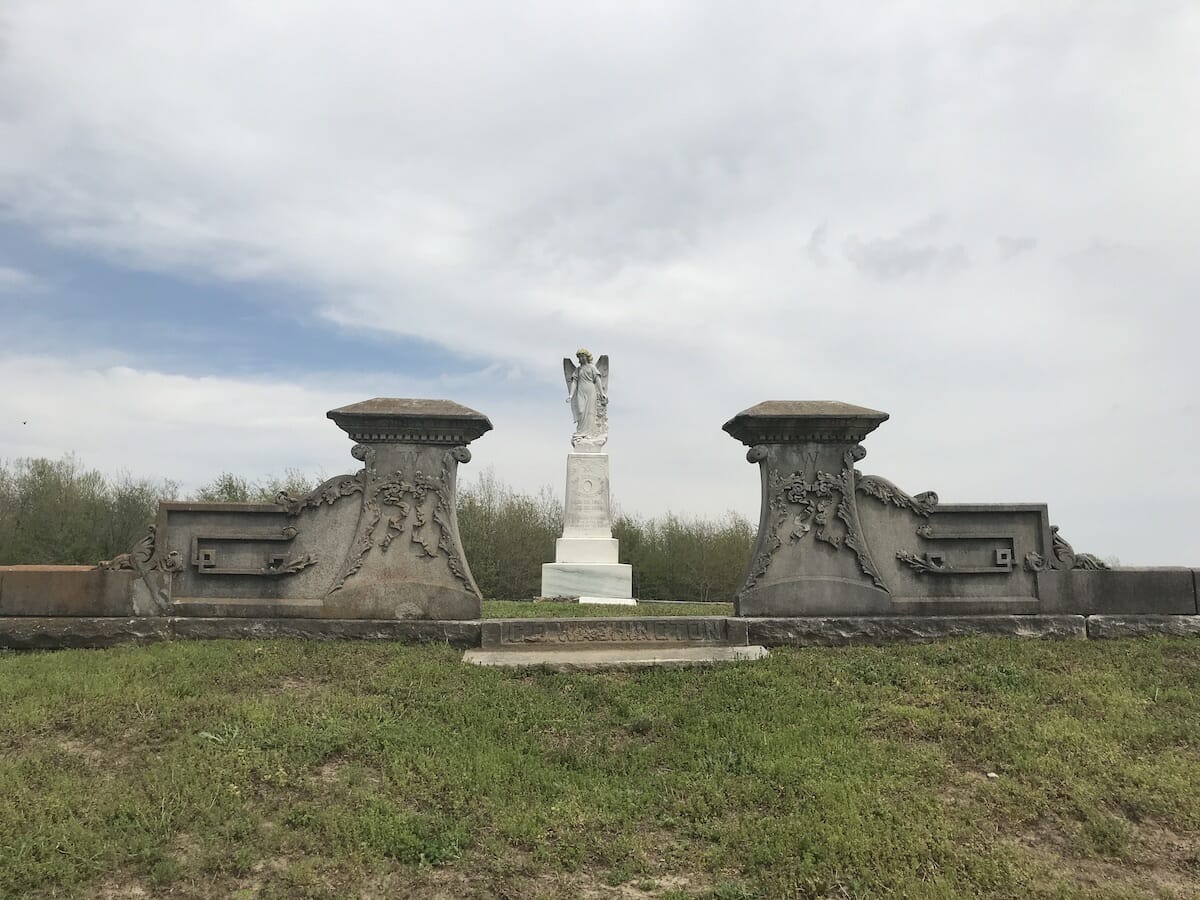 When Rev. George Berry Washington was born December 25, 1864, it was unlikely that he would become one of the largest and most prominent landowners in Crittenden County in Northeast Arkansas. It was also unlikely that in death he would be memorialized with one of the most elaborate funerary sculptures in Arkansas. But like many black Arkansans, Washington defied societal odds and carved a place for himself that has stood the test of time.

Unfortunately, a lot of history from the 1800s and early 1900s was poorly recorded. Not many written records remain, especially from the black communities across Arkansas. In some cases, census data and local birth and death records hold the key to some family histories, but even then, information is often lacking or inaccurate. Such is the case with the history of George Berry Washington. As I was researching his life, just as I thought I had uncovered documentable information, new and strikingly different information would surface. Still, I believe Washington’s story is one that must be told. So bear with me as I piece together a story of an incredible man who did incredible things for his community.

James G. Berry, a Kentucky slave owner, moved to northeast Arkansas in 1833. All records indicate that Washington’s parents, believed to be slaves of Berry, moved to Arkansas with him. The ages of Washington’s would-be parents are unclear, as are their identities. Most documents list Washington’s parents as George and Hannah Washington but several name John and Rhonda Washington. It seems more likely that the former is correct. And, although the Emancipation Proclamation was issued the year before Washington’s birth, Arkansas was still a rebel state, so he was likely born into slavery.

Little is known about Washington’s early life — he was taught to read and write and census data from 1870 and 1880 list him simply as a laborer. Washington married his first wife, Ella Rostelle, in 1883, and the couple had two children. It was during this time that Washington began to purchase land and develop a farm for sharecroppers and day laborers known as “The Main Place.” His initial purchase of 40 acres in Section 15 of Township 8 North, Range 6 East, cost $200 (equivalent to about $5900 today).

The fate of Washington’s first wife is unknown, but records indicate that he remarried Lula Wright of Memphis, Tennessee, in 1897, who moved to “the Main Place” and helped him continue to build his legacy. By 1900, Washington owned 176 acres, a cotton gin, and a host of livestock. And he wasn’t stopping there. He continued to purchase land and held as many as 1150 acres just before his death. Washington’s wealth also allowed him to buy a pianoforte and an automobile in 1917.

Although Washington used his wealth to build a comfortable life for his family, what he did for his community is what stands out. It is clear that Washington managed his holdings through sharecropping, as there would have been no other way to maintain the amount of property he owned. It is believed that he provided work and a steady income to as many as 100 local black men and women in the Earle area to work his cotton and corn farms. He provided a means for these people to provide for their families and build a thriving community.

Often Washington’s farmhands would gather outside of his home where he would engage in preaching sessions and offer encouragement to his tenants and workers. Washington also preached at least three local congregations, including St. Peter’s Baptist Church, Spring Hill Church and Fredonia Church, all located within a few miles of “the Main Place.” Records indicate that he donated four acres of land to the Gibson Bayou Cemetery and Pentecostal Church Association in 1919, expanding a traditionally white cemetery to be used for black families.

Washington died suddenly on August 30, 1928, of a gastric illness. His death was an emotional blow to the community, and many local residents attended his funeral. Three days after his death, he was buried on an Indian mound located on his property. Later, a large funerary monument was added. Washington’s wife and two children from his first marriage were left to run a plantation that was in debt and despite their efforts and in light of the Great Depression, the farm was parceled out and sold, and by 1932 ceased to exist.

Although little is known about when the funerary sculpture was added to Washington’s grave – it speaks to who he was in a time of great struggle and turmoil for black Arkansans. Although Washington saw success, he did it during times of racial violence, making his accomplishments all the more noteworthy and remarkable.

Washington’s grave is located atop what is believed to be a Native American mound just west of Earle on Highway 149. A low wall and two 36-inch columns surround a five-foot-tall marble angel with an inscription that reads:

Hallelujah tis done.
I believe in the Son.
I am saved by the blood
Of the crucified one.

Rev. George Berry Washington’s gravesite was added to the National Register of Historic Places in August 1994. Washington’s burial site is the only structure that remains from his time of prominence in the early 1900s. It stands as a reminder of his significant contribution to black Arkansans in the Earle area during the difficult times of Reconstruction and Plessy v. Ferguson.

Historical photos provided by Beverly Joe Vaughn are believed to be in the Public Domain.