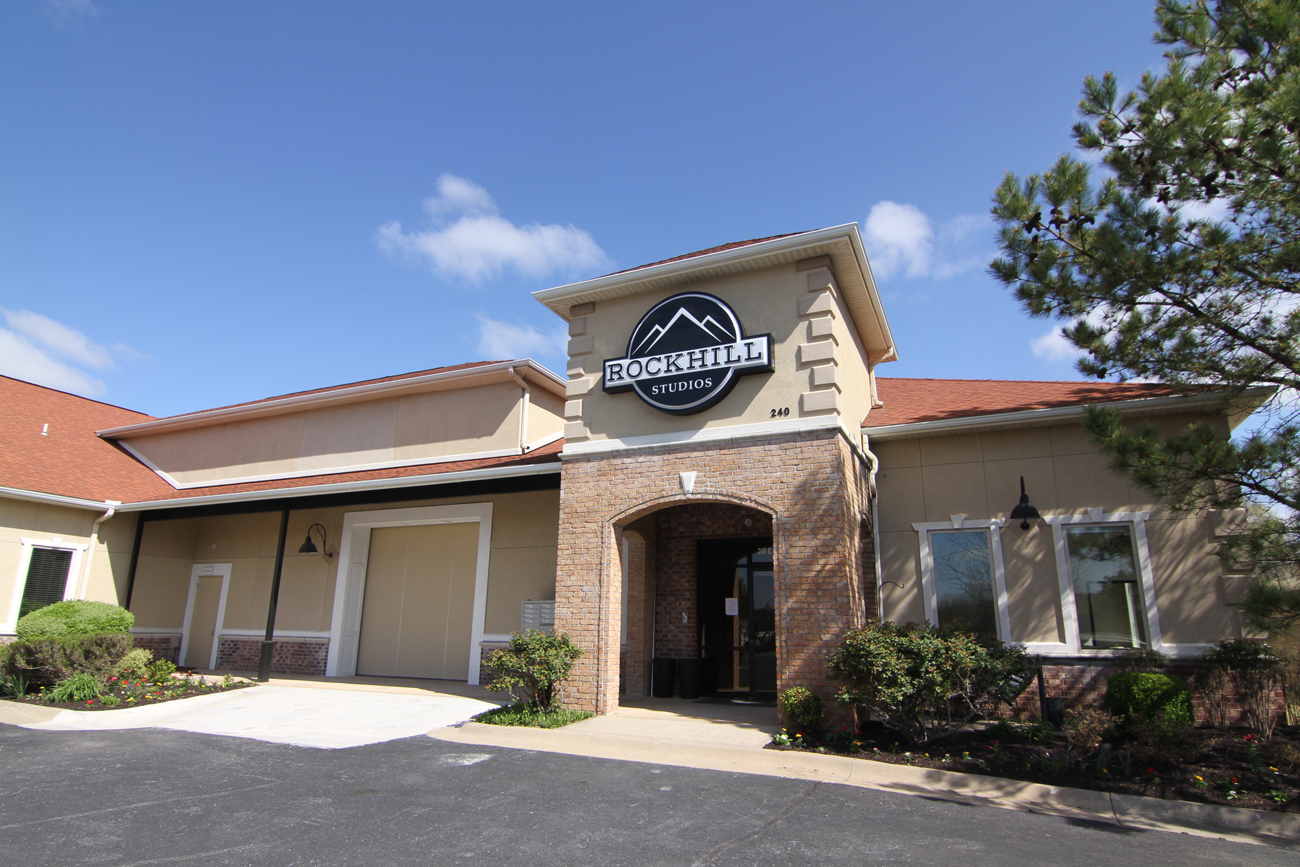 Some veterans of the film industry are betting on Fayetteville as the next hotspot for filmmaking in the south.


The soundstage at Rockhill Studio/Courtesy

The facility has been open for just under a year, but is celebrating with a ribbon cutting and open house event next week.

Before opening the facility, company president/CEO Blake Elder worked for HBO and A&E as a producer, director of photography and editor. He and his mother worked together on the 2014 film, Valley Inn, that was shot entirely in Arkansas before decided to go into business with Rockhill Studios, and their sister company, Rockhill Media.

“We worked on Valley Inn, and we said, why can’t we keep doing this,” Blake told us. “There’s a lot of talent in this crew and lots of local talent. It could be possible to make a sustainable film industry here, much like the ones in Louisiana or Georgia.”

Vilim, who is heading production for the studio, has worked primarily on music videos for a host of hip-hop artists over the years, including artists like Lil Wayne, Drake, Scarface, Paul Wall, Slim Thug, Mike Jones, and others.

Vilim happens to be married to Joey Lauren Adams, who is leading creative efforts for the studio. Adams, a North Little Rock Native, also starred in Valley Inn, so she had worked with the Elders before as well. She is well known for her work as an actor in a host of television and film projects over the years, including Dazed and Confused, Chasing Amy, and countless others. She recently appeared on the CMT show Still The King with Billy Ray Cyrus.

So far, the studio has worked on a handful of films, television shows, and other video projects since they opened last year. Their latest project, a family film called F.R.E.D.I. is set to debut at the Bentonville Film Festival next month.

In addition to being available for hire for video work, the studio is also available for other professionals working in the area to rent out as needed. They also rent out cameras and other equipment.

Blake said he thinks things like HBO’s True Detective shooting in Fayetteville, and other recent film projects in the state like the Valley Inn film he worked on a few years ago could create the momentum needed to grow the film community in Arkansas into a thriving industry.

“Northwest Arkansas is such a unique place, and it is always constantly growing,” Blake said. “If didn’t feel (there was momentum for the film industry in Arkansas), I wouldn’t have invested in all this. It feels like it is about to happen.”

One response to “New Rockhill Studio Betting on Arkansas”