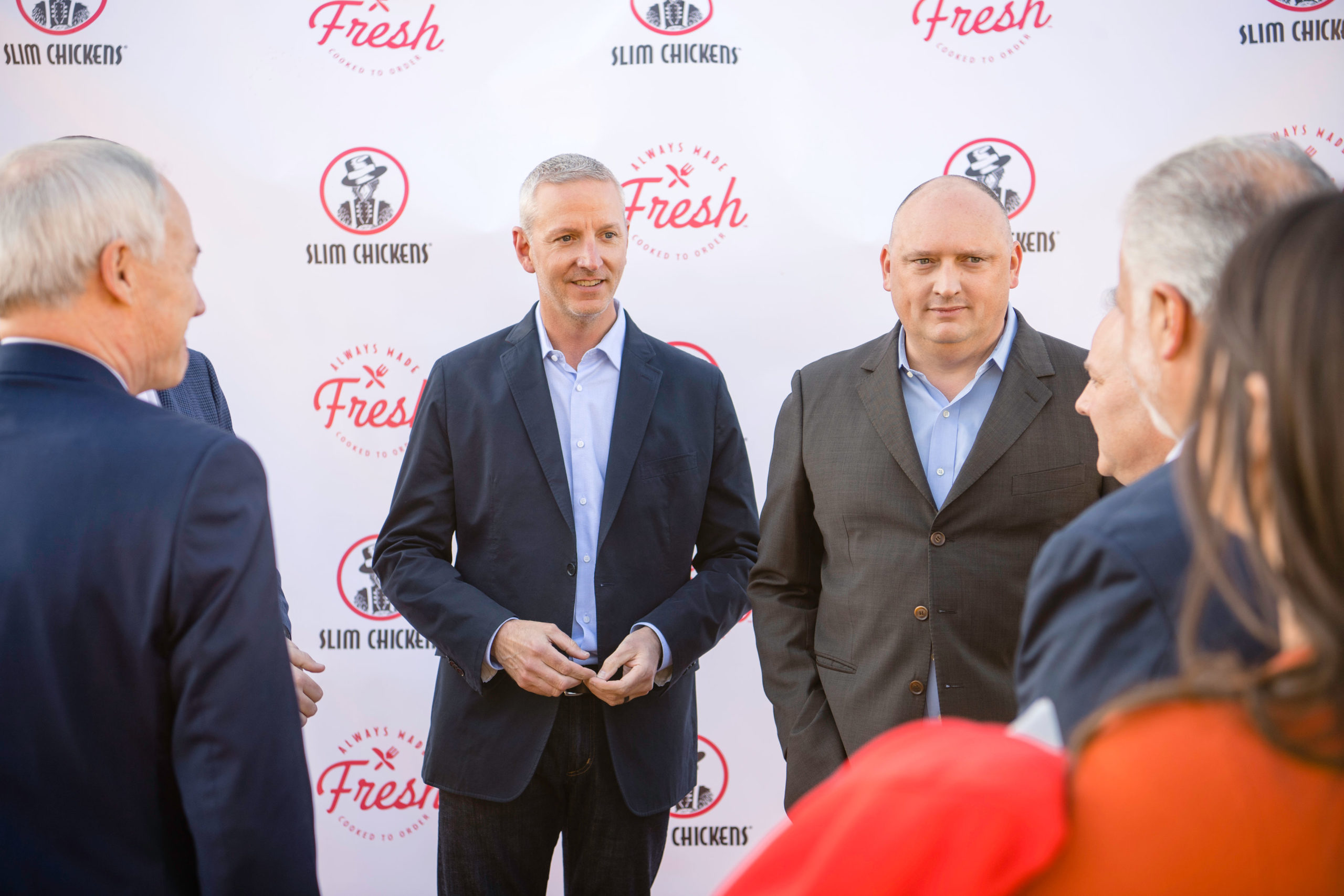 It has been another year of milestones for Fayetteville-based restaurant chain, Slim Chickens.

The company, which got its start in 2003 inside an old seafood restaurant at 2120 N. College Ave. in Fayetteville, has continued its expansion both domestically and abroad this year.

The chain celebrated opening its 100th restaurant at a new location in Little Rock in December, and will open its seventh UK eatery this weekend in the Bluewater Shopping Center in Stone, Kent, England.

The company also secured a minority-stake equity investment from 10 Point Capital last summer, which promises to propel the restaurant further toward its goal of 600 restaurants and $1 billion in annual sales in the next 10 years.

The company now operates locations in 15 states and will enter four others this year with openings planned in new territories in Florida, New Jersey, Maryland and Utah.

In all, Slim Chickens will open 30 locations in 2020, of more than 360 that the company or franchisees have already committed to open in the future.

That’s a lot of growth for a company that has only been in existence for less than two decades. Its founders celebrated their 17th anniversary earlier this week on Feb. 17.

We checked in with founders Greg Smart and Tom Gordon, who were nice enough to give us an update on all the activity underway for one of Fayetteville’s most promising companies.

The 100th restaurant officially opened at 16105 Chenal Parkway in Little Rock on Dec. 18.

Arkansas Governor Asa Hutchinson was in attendance for the opening along with Lt. Governor Tim Griffin, local press, and dignitaries from the Chamber of Commerce and several state economic development officials.

Smart and Gordon said reaching the 100th location milestone has opened a lot of doors for the brand.

“From a business perspective, it really has had an impact on inbound franchisee inquiries, national press, interest from trade magazines,” said Gordon. “100 stores is a big demarcation line for folks. It makes people take notice, to say, ‘They’re legit. They aren’t going anywhere. Maybe I should buy franchises. Maybe I should sell them products. Maybe I should be a part of what they do.”

“And from a personal perspective, when you start with very little money and a dream with one restaurant, to make it to 100, it’s definitely a milestone that we celebrate,” Smart said.

Gordon said that support from the state where he and Smart grew up has been huge for the brand.

“This state has been an important part of who we are, where we come from, our DNA,” Gordon said. “Arkansas is a huge sense of pride for us. It’s our home.

“I’d like to think the state is proud of us too,” he added.

Gordon and Smart were unsure of where the company currently ranks amongst the largest employers in the state of Arkansas, but Slim Chickens is definitely on the rise.

Smart said the brand as a whole currently employs more than 5,000 individuals around the world, with around 600 of those working directly for one of the restaurant’s 21 company-owned locations.

The company also employs more than 40 people at its corporate headquarters in Fayetteville.

They also contract with several of the poultry suppliers in the region to supply chicken to their restaurants.

“We definitely try to use Arkansas vendors whenever possible,” Smart said.

A shot in the arm

Terms of the deal were not disclosed, but Gordon said that it was for a minority equity investment in the company, and one that will allow the brand to continue to grow on their own terms.

“For us, it really gives us some peace of mind,” he said. “We don’t have any debt. It really cleared out the old cobwebs from the beginning of the brand, and it will allow us to do whatever we think is right to grow the way we want to grow.”

Gordon said he and Smart held out for a long time on accepting this type of investment, though there was no shortage of suitors. 10 Point, he said, was unique in that they didn’t for major changes to the brand, and how the business is run.

“They are riding with us,” he said. “They said, ‘We love what you are doing, let’s just keep it rolling.'”

For Gordon and Smart, some of the highest highs of their time with the brand have happened in the last few years.

Gordon cited visiting the staff at their first international location in Kuwait as one of the most surreal experiences he can remember.

“We went over there and saw our training team in Kuwait, and they were giving us hugs in Kuwait City,” he said. “That was quite a moment for us.”

Recent accomplishments like the 100th location and the 10 Point investment also registered among some of the highlights of running the company for Gordon.

For Smart, some moments from the early days stand out.

“Opening our third restaurant in Conway, with no marketing, no advertising, and then having a line out the door to the point that we could not keep up with the volume, that was big,” he said. “I think we realized then that we have a tiger by the tail, so we better figure this thing out. We knew we had a product that the customers wanted.”

“For someone to look at us and say, I’m willing to invest my hard-earned money into your brand, and help you develop it, that was another big one for me,” he said.

One response to “Slim Chickens Continues to Reach New Heights”