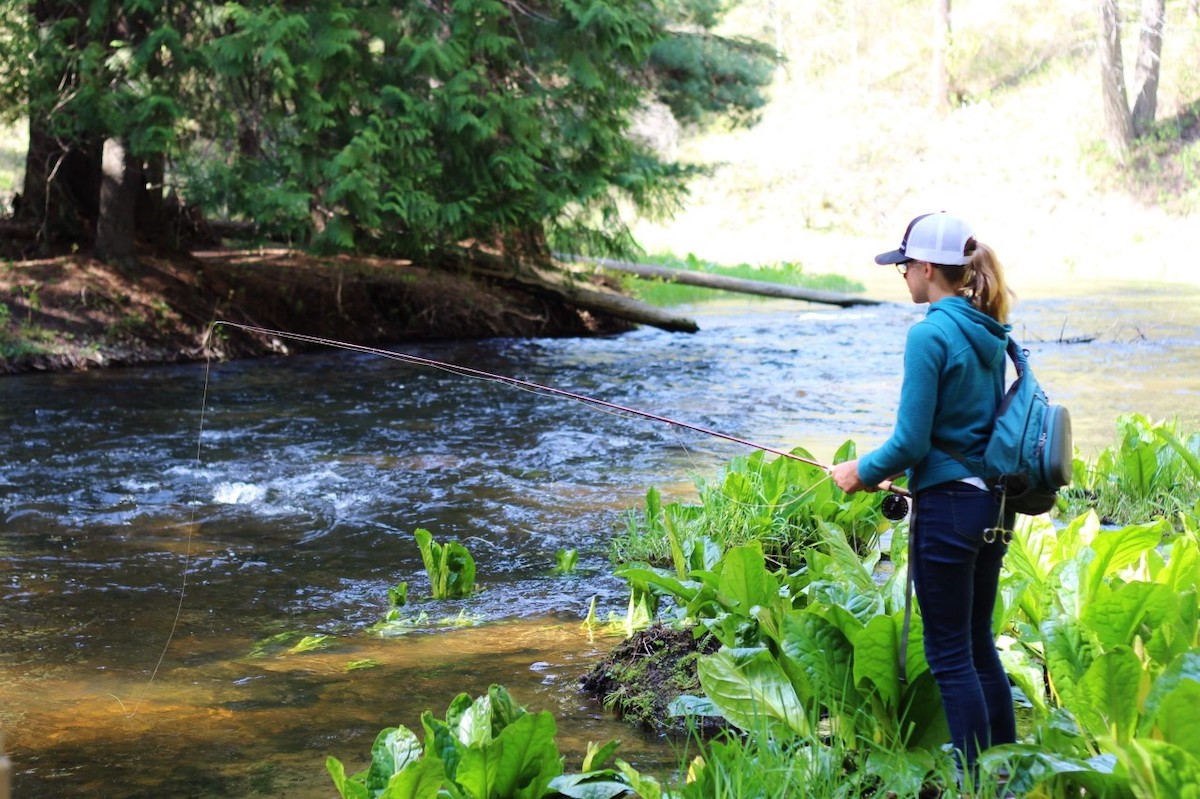 Becoming a parent tends to change you, or at least change your outlook on the world. One Arkansas family used the birth of their son as a catalyst for change. What began as a simple act of service became a non-profit organization that has created a ripple effect across Arkansas and the nation. Let’s dive in and learn a little more about Jess and Laura Westbrook and the Mayfly Project.

Arkansas’s foster care statistics are staggering. At any given time, there are between 4000 and 4500 children housed in less than 1600 foster homes and a handful of group homes across the state. Sadly, the situation across the country is not much different from what it is here in Arkansas. The number of kids needing homes, loving families and mentors to guide them into adulthood far outweigh the number of people who are stepping up to help.

This story about the Mayfly Project isn’t intended to guilt you into becoming a foster parent. That road is difficult, and my hat is off to all the families who have chosen to serve foster kids in that way. However, this story is meant to inspire you to seek creative ways to help those in need, whether it be foster kids, the homeless, the elderly, or even yourself. We all need a little help now and then. And that is how this story begins.

Experiencing the birth of your first child should be a joy-filled occasion. And, while it usually is, any parent will tell you that along with that joy comes fear and anxiety—your entire world changes in a heartbeat. Westbrook, a first-time father, began to experience that fear and anxiety in the months following his son’s birth.  He feared for his role as a father. Would he raise his son well? Would he be able to provide for his needs? What would happen to his son if something happened to him?

The fear led to questions. The questions led to anxiety. The anxiety led to panic attacks. The panic attacks led to a lack of sleep. The lack of sleep led to illness. Westbrook watched his life spiral downward right before his very eyes, and the thing he feared most was becoming a reality.

Many friends and family members stepped in to help. Westbrook has a great support structure, but it was one friend’s invitation to go fly fishing that changed everything over time and in bits and pieces.

“I realized that when I got on the river and all my anxiety disappeared and I could just relax for the day,” explained Westbrook. No matter how many times his friend invited him on the water, no matter how bad things were–Westbrook never said no. When he was on the water fly fishing, all the fear and anxiety would drift away. He could clear the noise, and he could just breathe.

He was no stranger to fly fishing. He had grown up on the water. Westbrook had experienced the clarity that came with fly fishing on other occasions. Still, his aha moment didn’t come until one evening as he sat in church with his wife and listened to a presentation about The Call and foster children in Arkansas.

Knowing that being foster parents wasn’t in their wheelhouse, it was suddenly clear that he could take kids fly fishing, “There is no better way to work through struggles than on the water.”

The Westbrooks began to take a few kids out on the water here and there. Each time the kids had a blast, and the feedback he received was really positive. Still, it was more of a hobby. Westbrook said, “I wanted to make it a bigger thing, but I wasn’t sure if it could be a thing – if it would be cool.”

The Westbrooks got a little more serious about their project – hiring fly fishing artist Andrea Larko to create a logo, setting up social media, reaching out to local guides and outfitters hoping to create a lasting project with local foster kids. By chance, Kaitlin Barnhart, a fly fisher in Idaho, was doing something similar for foster kids in her area of the country and came across the logo. Barnhart reached out to the Westbrooks, and almost overnight, the Mayfly Project grew–half of it in Arkansas and half of it in Idaho.

Since that phone call and the launch of their first two projects, the Mayfly Project has grown in leaps in bounds. They are on track to complete 50 projects in 30 states in 2021, with many more on a waiting list. The impact of these programs on foster kids is deep and long-lasting.

Westbrook explains, “For somebody who is looking for something, fly fishing is a great sport. Kids really gravitate towards it. It’s active the whole time, and for many kids, they enjoy just being outside.”

There is some research being newly discovered about nature’s healing powers, even right down to hearing the sound of water. In fact, some doctors are beginning to prescribe outdoor time as “medicine” for stress, anxiety and other health issues. Westbrook experienced this firsthand and sees it in the kids who go through the program.

How Does The Mayfly Project Work?

A single project focuses on a group of foster kids in a group home facility. Over the course of six months, children will attend five learning sessions where they are paired with a mentor to learn about fly fishing. Some of the things they will learn include:

At the project’s culmination, the kids and the mentors will travel for an overnight camping and fishing trip. At this point, each of the children who complete the program is gifted with a fly-fishing outfit that includes a rod, reel, flies and more.

How To Get Involved with the Mayfly Project

The number of volunteer mentors limits the number of projects the Mayfly Project can complete each year. They are always looking for skilled fly fishers willing to commit to working with foster kids for the project’s duration.

In addition to needing mentors, the Mayfly Project relies on volunteers for many aspects of the organization. Even those with little to no fly fishing knowledge can assist. They always need people to help pack gear, plan meals, perform administrative tasks or serve as a chaperone on a trip.

During the COVID pandemic, when it wasn’t possible to take kids out on the water, volunteers helped create fly tying kits. Over 300 kits and supplies were sent to kids in seven states, along with video tutorials to teach kids the art of fly tying. This made it possible for the Mayfly Project to continue making an impact even when they couldn’t go fishing.

As a non-profit organization, the Mayfly Project relies on others’ generosity to make their projects a reality. The cost to send a single student through the 6-month program is around $780. Donations can be made on their website.

This weekend, communities across central Arkansas will join together in a...

Every one of us could likely benefit from a little less screen time. It...