An Ode to Arkansas Highway 71

It’s no secret that I love a good road trip, particularly in my home state.  Although my parents are from Arkansas originally, we moved around the world when I was growing up due to Dad’s job with Alcoa, the aluminum company. There was time inside the U.S. (from Pittsburgh, Pennsylvania to Wenatchee, Washington) as well as overseas (Jamaica and Suriname, formerly Dutch Guiana in the Northern part of South America), but Arkansas was always home. 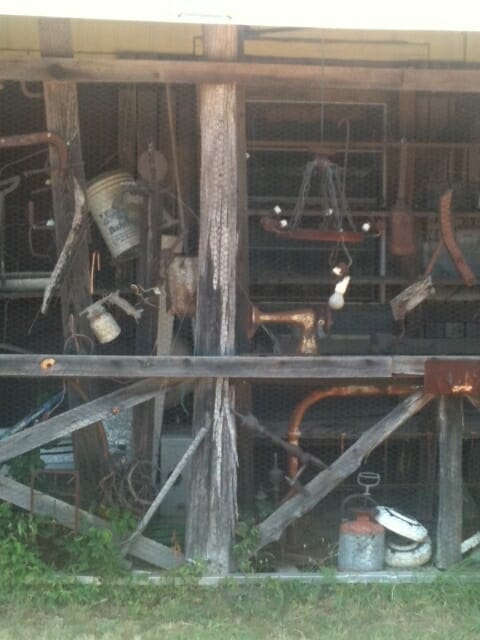 A junk shop in Mena, Arkansas.

Eventually, the siren call of my adoptive home state led me to choose to live here for the very first time when I left home for college. As a kid, though, I was fortunate to spend summers in Arkansas with my grandparents – one set in Mena and one in Texarkana. This necessitated family members driving me up and down Highway 71 for various portions of my summer. Often, De Queen was the meeting point for me to be handed off.

Suffice it to say that Highway 71 holds a special place in my heart. Every mile holds something memorable – something that speaks to my childhood or my adult self. My parents still own my Dad’s childhood home in Texarkana (the southernmost point in Arkansas on Highway 71), and we live in Rogers near the northernmost point of the highway in Arkansas. This means that I regularly drive the four and a half hour trip between the two, and with great enthusiasm. It’s a treat to ride along when my husband drives because I can stare out the window and daydream, but when I drive it, I take my time and meander and stop at the places that speak to me.

There are so many little things along the way that make Highway 71 special. If you have the chance, drive it or another one of America’s slower roads and discover some of the towns and people that move at a pace not driven by minimum interstate speeds or wireless access. You’ll be better for it.

Oh, and as you drive – play the Highway 71 song (or album) by 3 Penny Acre – Bernice is from Mena, and the band calls Fayetteville home. 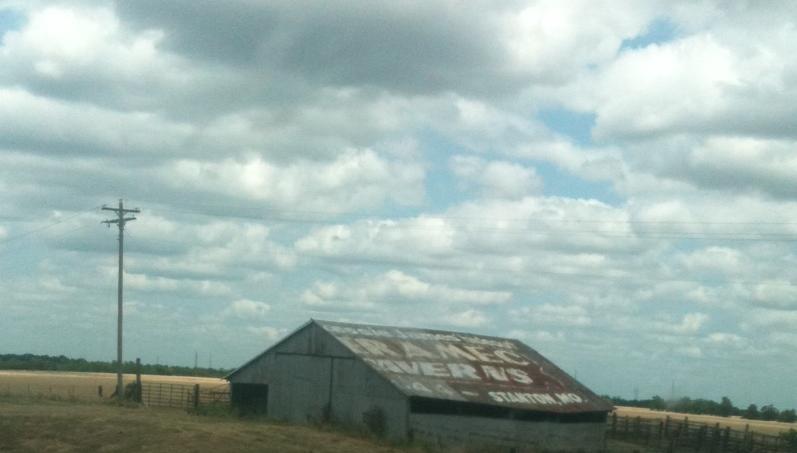 Moving into the outskirts of Ashdown, I was recently fortunate to stop and bend the ear of a country veterinarian and beekeeper. I noticed a number of beehives in front of a home with wood-carvings for sale and thought they might also have hives for sale, but it turned out “Doc” was able to keep them there and sell his honey to Highway 71 travelers. He drove up just as I pulled over to ask questions (I’m committed to eventually beekeeping) and we visited for quite a while – yet another reason the drive takes me longer than most. 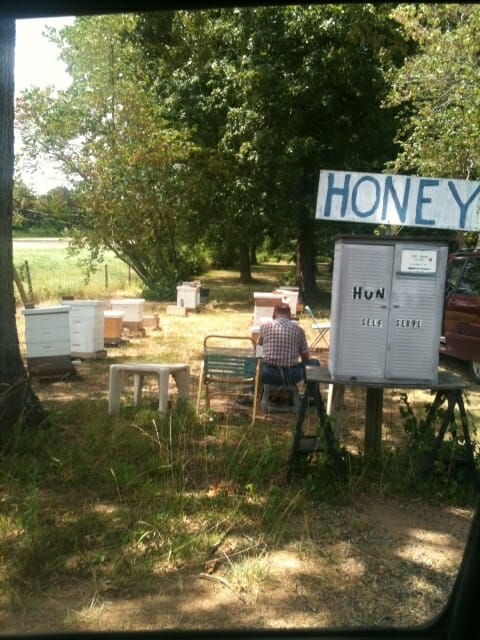 Doc does build and sell hives and set-ups (“nukes,”), and has recently had requests from Highway 71 travelers from as far away as Austin, Texas for as many as 60 hives. However, he said he would rather set up “young people like you” and preserve interest in hobby beekeeping. He was intriguing, and it was time well spent.

Approaching Lockesburg near the junction for 234 to Alleene, there is an old abandoned building that intrigues me. On the northern side of a building, an old “Groceries” sign still hangs. Over more than a decade, my husband has listened to me harp about my great desire to have it. One of these days, I’m going to stop and dig deeper to see if the owner would indulge me. Disclaimer: if it ever comes up missing, it wasn’t me!  I would never abuse a Highway 71 relic by thievin’ it.

Entering Lockesburg itself, there’s a really cool painted but abandoned house. In fact, it’s something like the home I picture in A Painted House by John Grisham (born in Jonesboro, Arkansas – you’re supporting your Arkansas authors and brethren, right?). It’s just one of the many homes with character along the way, but it always jumps out at me.

In Lockesburg proper is cool place by the side of the road called Jim’s Boot Repair. I have yet to be heading up Highway 71 with a pair of boots in need of resuscitation (hope springs eternal!), but Jim has been smart enough to diversify, and the front porch of the establishment is dripping with plants that say they want to come home with me.


We haven’t made much progress on our Highway 71  journey in this post, but there is so much to see. Every single one of our old state highways is full of treasures, and it’s a pleasant change of pace to slow down and soak them in. In fact, every state has such a wealth of offerings – I can’t imagine enough time in a lifetime to explore it all. More on Highway 71 in a future post on Only In Arkansas.  Keep watching.

What’s your favorite old highway to meander along?

4
4
An Arkansas Cliffhanger: What Happened to Paraclifta?
Bethany Stephens

Arkansas is one of those places that is appreciated by the initiated -...

Miller's Garage in Hatfield, Arkansas calls to me each time I drive...