Once Upon a Time Books in Tontitown 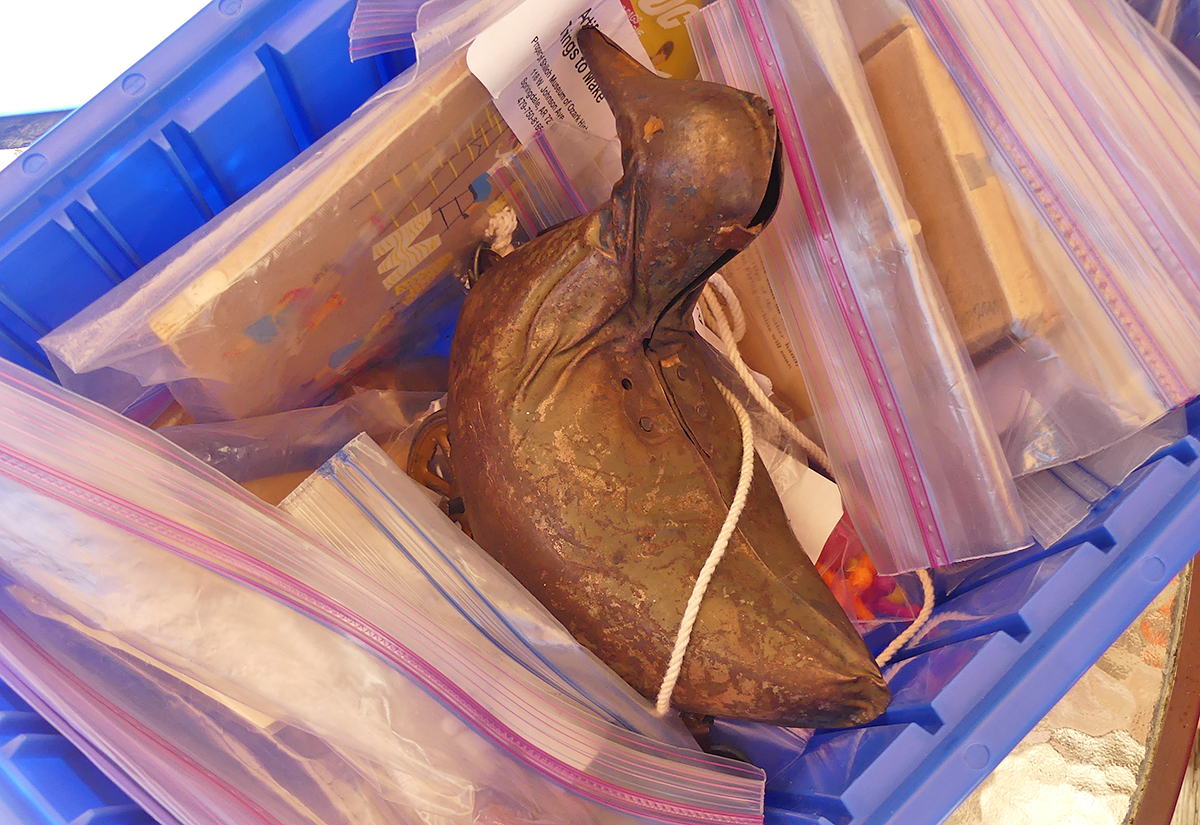 During last spring’s semester of our local homeschool co-op, I was fortunate to have the opportunity to help with a class called Discovery Boxes. It was during this class that I realized how much of an integral part of the community the Shiloh Museum of Ozark History truly is. I determined to plan a visit with my boys as soon as possible.

We spent an entire afternoon exploring the museum, and when we left, we carried away three boxes of artifacts and treasures to help us discover and learn more about Northwest Arkansas over the next week.

It was a fantastic way to spend a little time with my boys and learn a little more about our local heritage at the same time.

What are Discovery and Artifact Boxes?

The Shiloh Museum of Ozark History in Springdale offers both Discovery Boxes and Artifact Boxes for check out and classroom use.

Discovery Boxes are filled with artifacts, photographs, documents, and teaching materials, including lesson plans and activities. Topics include the following:

Artifact Boxes are a little different, in that they don’t come with lesson plans. Instead, they include artifacts, identification guides with photos, labels, and checklists. They’re geared toward many more classroom topics besides just history. Topics include the following:

Peek Inside a Discovery Box/Artifact Box with Us

Since we homeschool, we were able to check out three boxes. We decided to explore two Discovery Boxes, the Great Depression and World War II; and we also checked out an Artifact Box, Toys and Games.

Jaden and I dove right into the contents of each box, reading interesting information, looking at old articles and advertisements, browsing through photos, and handling every single artifact. The Discovery Boxes came with large binders of lesson plans that we could easily use to supplement our history and literature curriculum.

The Great Depression Discovery Box contained things like old movie playbills, an antique sherbet cup, flour sack material (that brought back memories of the stories my mom has told of the clothes they would make from flour sacks), magazines, and more.

I couldn’t help but giggle at the claims on the Texas Magic Insect Killer box, a Lice and Insect Killer that Kills them while you wait… Fleas on dogs get out and seek other quarters.

I knew that Jaden would be very interested in the World War II box; I think I’ve passed down my passion and interest for this era in history to him.

We enjoyed looking through old military uniforms, trying on a Navy life jacket, flipping through a Driver’s Manual of the U.S. Army, ration books, war bond stamps, a pamphlet of recipes to help you stretch your sugar ration, a service flag, newspapers, the War Department Basic Field Manual Soldier’s Handbook from 1942, and so much more.

Included in the box was a pack of World War II Spotter Cards; they were playing cards with pictures of different aircraft on each one. Their purpose was to help you learn the difference between friendly aircraft and enemy aircraft.

Finally, we explored our Toys and Games Artifact Box, which was filled to the gills with vintage toys, puzzles, and games.

We enjoyed making noise with the rattletrap, figuring out how to make Jacob’s Ladder work, holding actual toy soldiers from back in the day, making a propeller fly, and putting together a picture puzzle that happened to be mailed to the original recipient, along with reminiscing about the game of Jacks, which we could also play if we wanted.

There was also a sort of craft book called Things to Make, published in 1951. It was filled with crafts and toys kids could make themselves. Immediately, I was struck by the simplicity of the book, allowing for plenty of creativity on the child’s part. I wondered if my mom might have played with this very book.

We could have spent way more than just a day with our boxes, way more than even a week. I can see us spending more time with Discovery Boxes this fall as we continue our study of American history.

Things to Know Before You Check out a Box
Discovery Boxes and Artifact Boxes are free and can be checked out for a 1-week period. You do need to reserve them in advance by calling ahead to the museum. You’re also limited to checking out three at a time. They’re available for use in any classroom, including homeschool.

Learn more about Discovery Boxes, Artifact Boxes, and other educational opportunities the Shiloh Museum has to offer!