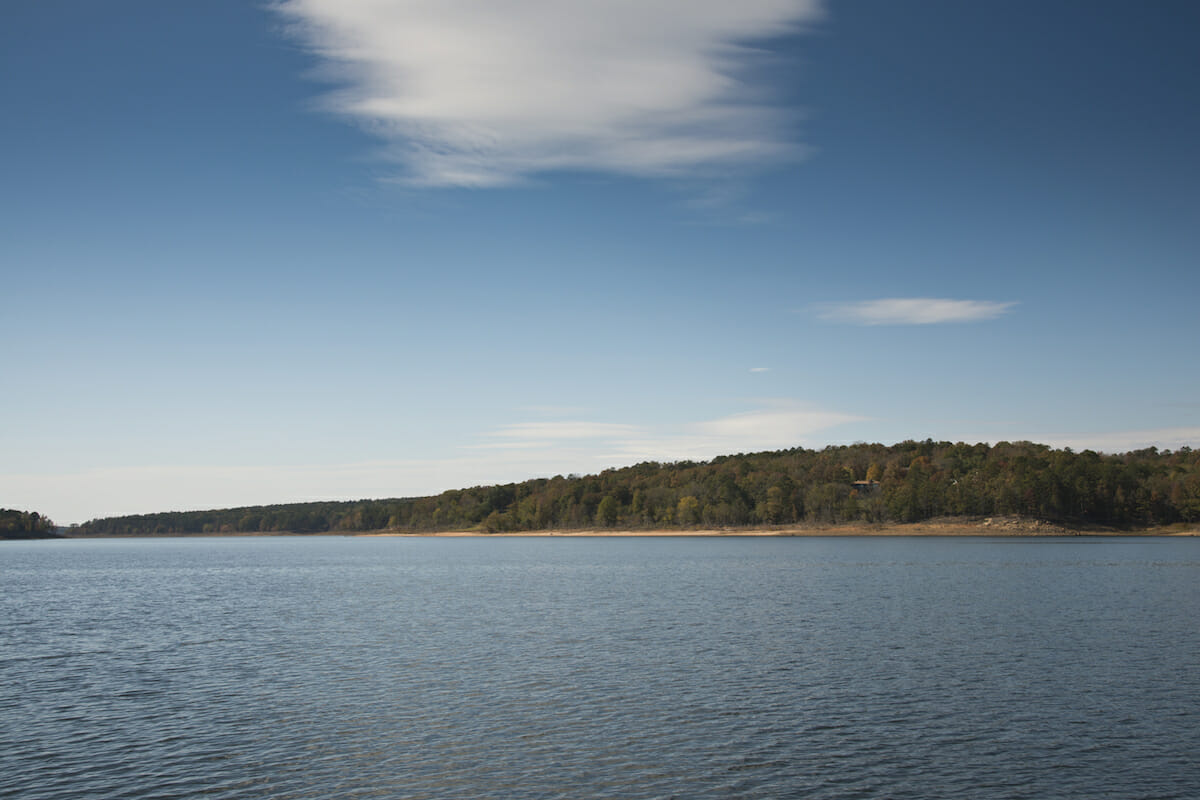 With the building of a dam in the 1960s, the impoundment of Greers Ferry Lake in Arkansas resulted in the loss of communities like Shiloh, Higden, Edgemont and Miller. It also led to the creation of new communities like Fairfield Bay. Built as a recreational and retirement community in 1965, Fairfield Bay has flourished in the last few years and is well on its way to becoming one of Arkansas’s premier lake resort destinations.

The Founding of Fairfield Bay

George Jacobus, a Dartmouth graduate and former First Lieutenant in the U.S. Air Force, lived in the Fort Smith area in the early 1960s. Jacobus and his friends, Neal Simonson and Randolph Warner, saw potential in the areas surrounding the newly formed lakes that were the result of several dams built for flood control purposes in Arkansas. The three hoped that the pristine waters along with the public’s growing interest in leisure activities and outdoor recreation would support a resort community, and they set out to find the perfect location.

Jacobus has his eye on a tract of land on the north shore of Greers Ferry and hired an individual with a Jeep who could navigate the old logging roads to access the property. The three men became co-owners and CEOs of the newly formed Fairfield Communities Land Company (later known as Fairfield Communities Incorporated). They purchased 3,500 acres of land from the Nebraska Tie and Lumber Company which would become Fairfield Bay.

Although the company would see many ups and downs over the years, the purchase was the first of many resort communities for the company. Over the next 40 years, it would become the third-largest vacation ownership community with over 280,000 members in its point-based vacation system of timeshare properties. The company owned over 30 resorts, including locations in Branson, Myrtle Beach, and the Bahamas. The company headquarters were located in Little Rock until 1999 when they moved to Orlando, Florida and ultimately sold to rival Cendant Corporation in 2001.

Upon selecting the land which would become Fairfield Bay, the trio began clearing roads and selling everything from unbuildable lots for $89 to finished homes. The company brought in mobile homes which could be used to temporarily house prospective buyers while the property was being developed. In January 1966, the Fairfield Bay Marina became the first permanent structure to be built in the area. Later that year, Sam and Vessa Harper became the first full-time residents of what was about to be one of the most popular retirement resort communities in Arkansas.

Over the next few years, Fairfield Bay would grow by leaps and bounds. The Wild Boar restaurant opened in 1967, and by 1969 national advertising campaigns began to draw new homeowners from all over the country. In 1970, famed golf course architect Leon Howard designed the beautiful 18-hole Indian Trails Golf Course that incorporated the beautiful scenery into a challenging and rewarding course. The 1970s also brought about improvements to water, sewer and community safety and saw an increase in businesses and services available to community residents, including the Towne Center and a civic center.

The Fairfield Bay Marina has long been the hub of activity for the community. When it opened in 1966, the Marina had 12 slips and a gas dock, which drew people to the idea of spending time on the lake. By 1970, the number of slips increased to 33 with a waitlist. The Marina added new slips and new services such as a 32-foot houseboat called the “Queen” for cruising the lake. In 1979, the addition of a scuba shop catered to divers.

In 1984, Fairfield Bay experienced a significant setback when a catastrophic tornado destroyed the water system, partially ruined the Marina and killed four residents. The community’s resolve intact, rebuilding was swift and they came back bigger and better than ever.

Today, the Marina houses nearly 400 slips, a store and a snack shop. It provides full-service lake rentals and offers shuttle service to and from the popular hiking destination, Sugar Loaf Mountain Island. In 2003, the Queen was replaced by the Belle of the Bay, a 40-foot catamaran offering scenic cruises on the lake.

Fifty-three years later, Fairfield Bay continues to grow and improve with new restaurants, shops and facilities. Indian Hills Golf course has been improved, and the additions of other recreational facilities provide myriad opportunities for recreation. Each year, the Marina offers a range of community-based activities that encourage spending time outdoors and enjoying the lake.

Fairfield Bay is a lake resort and community worth visiting. Come for a day, a vacation, or check it out as a place to retire.

May — Bloomin’ Blues & BBQ and Fun In The Sun

July — Fourth of July Festival at the Bay

August — Luau by the Lake

Dock of the Bay

5 responses to “Fairfield Bay — A Vacation and Retirement Resort”