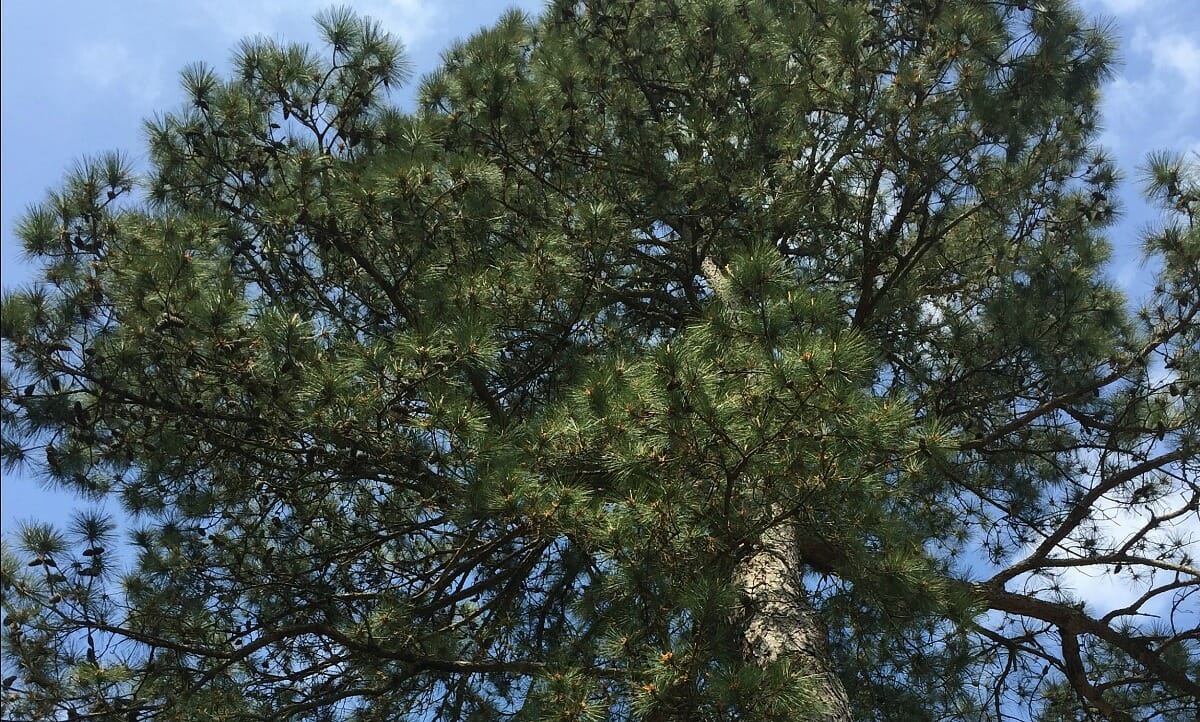 If I were to make a list of all the things I love best about Arkansas, her magnificent trees, as varied as the landscape, would be high on my list. Yes, I’ve been known to pull to the side of the road to take a picture of an impressive tree. I’ve even mapped out road trips specifically to see Arkansas champion trees. Ask my son. We once drove across the state following a treasure map of sorts searching out the largest fig tree in the state. It’s in Monroe County, by the way.

My most recent tree adventure happened by accident (if one believes in accidents). A few weeks ago, I spent three days at the Jonquil Festival held at Old Washington State Park in Hempstead County. If I were to list the most charming small towns in Arkansas, Washington would be high on my list.

Washington in Hempstead County is not only one of America’s premier historic villages, but the town is also home to six famous and historic trees. Each tree is incredibly gorgeous and unique. Each tree bore silent witness to so much Arkansas heritage.

But before I introduce you to the historic trees of Hempstead County, a bit about the program. On National Arbor Day, April 25, 1977, the Arkansas Famous and Historic Tree Program was established to create greater awareness and appreciation of Arkansas trees with national and/or state historical significance. Not only does the program promote preservation and stewardship, but also education and environmental awareness. Each of these trees deserves to be celebrated.

The word “loblolly” belongs on my list of most fun words to say. It’s also associated with one of the coolest stories I know. This Hempstead County Loblolly Pine was propagated from seeds that traveled to the moon.

When I was a kid, space travel conjured the most exciting and romantic of ideas. Someday, would astronauts truly journey to the moon? Would we ever live on the moon? How much time did I spend staring at the Man in the Moon from my bedroom window?

In 1971, astronaut Stuart A. Roosa, command module pilot of Apollo 14, carried hundreds of seeds (5 varieties) into space. Roosa, who worked as a smoke jumper for the Forestry Service before NASA, participated in a joint project to study the effects of gravity on plants. Apollo 14 was our country’s third visit to the lunar surface. Upon return to Earth, Roosa’s seed containers exploded during decontamination, and the seeds were mixed and assumed to be dead. Roosa turned the seeds back over to the Forestry Service for historical purposes.

But seeds are hardy. The Forestry Service successfully germinated many of them. Arkansas received four loblolly pine “moon” seedlings (representative of the state’s four congressional districts) as part of America’s bicentennial celebration. This tree, planted behind the Hempstead County Courthouse, is one of two surviving Arkansas moon pines. The second is located in Fort Smith. (Two others, planted in Little Rock and Monticello, have since died.)

You know what’s humbling? The incredible fact that when I was nine years old, a pine tree seed traveled to the moon as part of the Apollo 14 mission, which my classmates and I watched on a black and white television from our desks at Keiser Elementary. A seed that would later be planted in Arkansas soil. And still much later, I would cross paths with that moon seed tree and actually touch her firm bark.

The truth of it fills me with awe.

When I first arrived in Washington, I drove straight to this Southern Catalpa as though drawn to it. He is MASSIVE. Completely mesmerized, I spent ten minutes photographing him from every angle yet never managed to get his full bulk in a single picture. His gnarly bark tells such a story as though over time Mother Nature twisted and turned his trunk so he could watch over park activities from all directions.

Much like the Loblolly Pine, this particular tree had an interesting start, too.

In the 1830s, fourteen-year-old John H. Smith carried mail twice a month from Washington, Arkansas to Natchitoches, Louisiana. The 180-mile trip (on horseback) took ten days. Once, during his mail route, he rested along the Red River beneath a hedge of catalpa trees. While there, he filled his pocket with the curious winged seeds. Later, he scattered them in Washington over the land where the Hempstead Courthouse was built.

I imagine this Southern Catalpa was born the way most of our oldest trees were introduced across the land—either birds spread seeds, the wind naturally blew them, or folks like John Smith purposefully scattered the seeds. But how special and rare that in the case of this particular Catalpa, we know the true narrative behind the tree. When Smith was an old man, he told his story to a local newspaper reporter underscoring the importance of oral storytelling.

Today, the Mail Carrier Smith Catalpa is thought to be 184 years old.

I grew up with a yard full of pecan trees and consider them to be the original “Giving Tree”. A native tree of Arkansas, the Pecan is majestic, asking for nothing other than sun and water, but “giving back” each fall with a bountiful nut crop.

If Arkansas were to choose a state pie, I’d vote for pecan.

The Abraham Block Pecan in Washington dates to the founding of the town, or possible even before. Abraham Block was a prominent merchant who came to Washington in 1823 after hearing about the town’s booming trade with Mexico and along the Southwest Trail. In 1928, after he completed construction on his a Federal “I-style” home, his wife and six+ children joined him. The Block family became the first permanent Jewish settlers in Arkansas.

It’s unknown whether Block planted the tree beside his home, (now known as the Block-Catts home) or if the tree predates construction. (Catts was added to the name in honor of Erwin Catts, the man who donated the property to the Pioneer Washington Restoration Foundation in 1958.) Regardless, the tree is regal, and I’m sure during those long hot summer days, the Block children climbed her branches and picnicked beneath her shade.

This black walnut tree was designated famous and historic because of its connection to the Bowie knife. Part of a large walnut grove, this tree is located near the site of James Black’s original Washington blacksmith shop where the Bowie knife was made.

With ties to Davy Crockett and the Alamo and the assassination of President Lincoln, the Bowie knife has a bloodied, brash history. Others (Texas, Louisiana) have attempted to lay claim to the Bowie design. Ha. The world’s largest Bowie Knife collection is on display at the Arkansas Historic Museum in Little Rock. Everyone knows possession is nine-tenths of the law.

General Grandison Royston, cousin of President Zachary Taylor, planted two notable Southern Magnolias in Washington. The trees, planted in 1839 and 1845, are both designated famous and historic today. Royston was a plantation owner and prominent lawyer in Washington. He served as a general in the Mexican War, a delegate to the First Arkansas Constitutional Convention in 1836, president of the Arkansas Constitutional Convention in 1874, and a member of the Confederate House of Representatives during the Civil War.

The Royston House Magnolia (not pictured) was planted next to his law office at the corner of Conway and Jay Streets facing the Main Town Square. And the Historic Washington Magnolia? You’ll have to see it in person to believe it.

Because of the tree’s large size, it served as a way finder marker, directing folks to the location of the famous blacksmith shop of James Black just down the road.

Today, the Historic Washington Magnolia has personality plus. An entire ecosystem thrives beneath her dense canopy. And as I stood in the cool shadows beneath her branches, I was reminded of the rainforest trees of the Pacific Northwest. Her limbs touch the ground and her knobby roots twist above the soil.

It’s easy to see how the Historic Washington Magnolia held the state champion tree title from 1983 to 1996. It’s impossible to believe there’s a larger Magnolia in the state, but there is. The 2017 Champion Southern Magnolia is located in Texarkana.

Do you know a tree with a historical pedigree? You can nominate it!

To become an Arkansas Famous and Historic Tree (according to www.arhistorictrees.org), the tree must:

One response to “Famous and Historic Trees of Hempstead County”