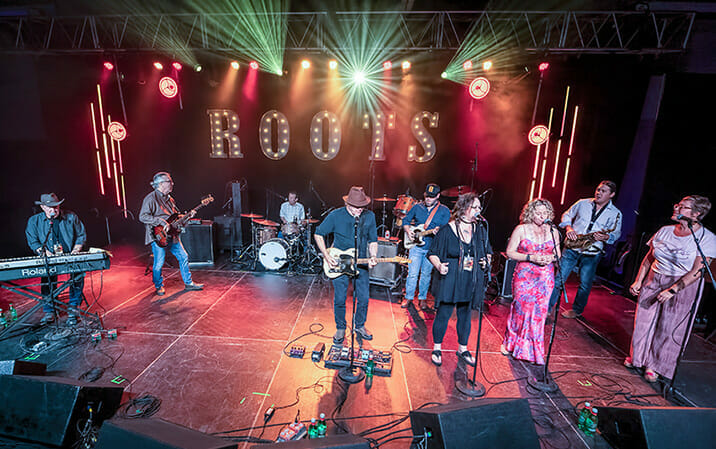 After the year we’ve had, we could all use a little something to look forward to now. Luckily for all of us, the folks behind a host of music festivals and other gatherings we’ve come to love over the years are hard at work putting together lineups for events beginning this summer and extending through the fall.

Here’s a roundup of several events we know about so far, including what we know about their festival lineups, dates, and ticket information so you can get the ones that sound fun to you on your calendars.

When: May 14-15
Where: The Farm, Eureka springs
What: An outdoor music festival is coming to the Farm in Eureka Springs this month.

When: July 1-3
Where: The Farm, Eureka Springs
What: Not long after Jerry Berry, another berry-themed festival will take over the Farm at Eureka Springs.

Spaceberry is set for July 1-3, and will include performances by Tauk, Big Something, Forgotten Space, Steady Flow, Aaron Kamm & The One Drops, Trymore Mojo, Lucia, Friends of the Family, One Way Traffic, Skye Pollard & Family Holler, Vintage Pistol, Monk is King and Lily B. Moonflower.

When: Aug. 3-8
Where: Bentonville
What: The 7th Annual Bentonville Film Festival will take place on August 3-8, 2021 in Bentonville.

The festival, founded by actor Geena Davis, has a mission to increase diversity in media “by supporting the achievements of diverse storytellers and connecting them with entertainment industry leaders and major corporate changemakers.”

The event will be a “hybrid edition” this year, with virtual and in-person events this year as a result of the pandemic.

More details for this year’s festival, including the lineup and event information, will be released at a later date.

When: Aug. 26-28
Where: Pratt Place Inn and Barn
What: Fayetteville Roots Festival is set to return to town for three nights of music in 2021.

Festival officials announced recently the lineup for this year’s event, which will include headliners Shovels & Rope, Watchhouse (formerly known as Mandolin Orange), Capitol Sun Rays (a supergroup made up of Amy Helm, members of Birds of Chicago, Luther Dickinson of North Mississippi of Allstars and Graham Lesh) and more.

The festival this year will take place outdoors on the grounds of Pratt Place Inn and Barn, located at 2231 W Markham Rd, during the weekend of Aug. 26-28.

Many of the first run of tickets are already sold out, likely because several folks had already purchased tickets to last year’s festival and are using those credits for this year’s event.

Waitlists are available for each evening, however, and we expect that more tickets will become available between now and festival time in August.

To sign up for the ticket waitlist, visit fayettevilleroots.org.

Also planned are comedians, workshops, and other performances, officials said.

Tickets are available at backwoodsmusicfestival.com.

When: Saturday, Aug. 28
Where: Drake Field in Fayetteville.
What: A promising new festival that debuted two years ago will return to Fayetteville in 2021.

Tickets to the event are $15 for adults and $5 for kids 10 and under. Rides and some activities at the event will be available for purchase.

For tickets to the festival, visit soarnwa.com.

From the description:
“Live music and staring into space…sounds like a great time to us! We’ll have music during the day and we’ll have an area dedicated to telescopes at night.”

When: Sept. 22-25
Where: Downtown Fayetteville/Benton County Fairgrounds
What: After a year hiatus last year, Bikes, Blues & BBQ will once again rumble through Fayetteville this fall.

The event includes live music, a motorcycle parade, festival food, and of course, thousands and thousands of motorcycles from all over the US.

The event also raises money for local charities. According to their website, they have raised more than $2 million for local organizations in the last 20 years.

For more information about the 2021 event, visit bikesbluesandbbq.org.

A new film starring a Fayetteville artist has been selected for several...

Fayetteville Roots Festival officials have revealed the dates for the...