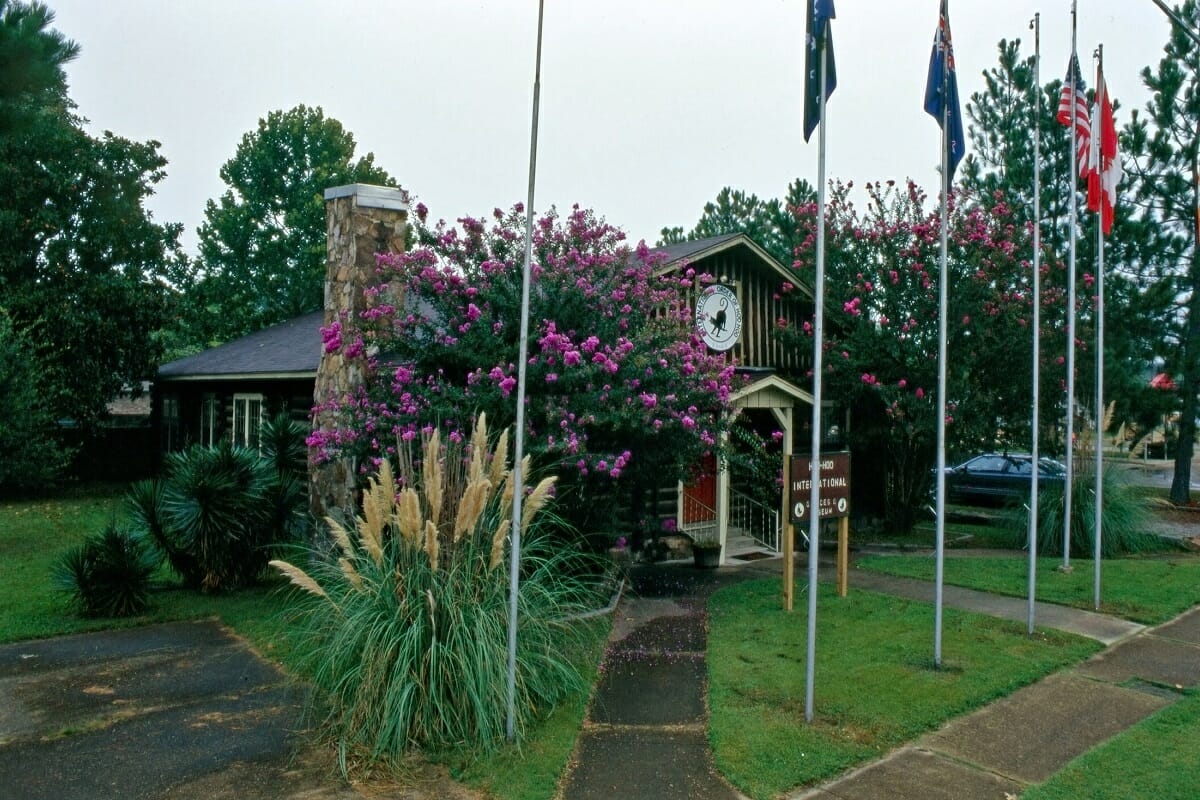 Once upon a time in Gurdon, several men who worked in the lumber industry were waiting on a delayed train. And with several hours to fill, they began to chat. The year was 1892, and it’s fascinating to think of the gentlemen gathered around a table or wood stove, doing exactly what traveling business people still do today while gathered in an airport lounge, talking shop. These men were involved in the lumber industry in one form or another, and as they began to share opinions and stories, they decided that there should be a single concentrated organization to represent them.

These founding gentlemen wanted to do away with the traditional rules of other organizations, such as forced attendance, lodge rooms, street protests, or flashy costumes. They wanted to eschew these old ideologies and foster a spirit of health, happiness and a side serving of humor. They decided on a name that even now draws a second glance, The Concatenated Order of Hoo-Hoo.

The word “hoo-hoo” was one of insider-lumberman talk. It was in reference to a specific lumberman’s hair (Charles McCarer), a strange tuft that he kept greased and twisted to a point. It became a slang reference to anything out of the ordinary, like strange clothes or a chance meeting. Their insistence on leaving behind the conventionality of business fraternities also involved a shunning of all things superstitious. This led to their mascot choice, a black cat, which was a tongue in cheek reference to the Egyptian deity symbol. They also utilized the number nine, referencing the superstition of cats possessing nine lives (they hold their annual meeting at 9:09 on September 9th). But their sense of good fun and quirky humor didn’t stop there.

Their officers were referred to as the “Supreme Nine.” The Grand Snark, Jabberwock, Bojum, Scrivenoter, and Custocatian were all dubbed position names for the officers, all inspired by Lewis Carroll’s writings. Their “Sergeant at Arms” position was called the “Gurdon” in honor of the town and because of its close phonetical sounds to the word “guard.” These men made their notes and concrete plans, and when their train arrived they left Gurdon and went on about their business to various parts of the country. But what began as a creative and humorous brainstorming session amongst strangers in a small Arkansas town became a larger movement.

The first Hoo-Hoo banquet was held in Minnesota (only two men were in attendance). The first public announcement of the organization was held at the Northwestern Lumbermen’s Association in Duluth. Around 400 men attended. A few months later an initiation was held in New Orleans and the national organization was founded. The Hoo-Hoo went international in the 1920s when it branched into Canada. After floundering during the Great Depression, the Hoo-Hoo once again thrived, reaching a peak membership of over 13,000 in the 1950s. Later, it expanded into Australia, South Africa, and parts of the South Pacific.

Branches of this organization are still found around the world, but Arkansas claims the honor of being the birthplace of the Hoo-Hoo, and its International Office and Museum is found right here in Gurdon. The museum is located in a 1930’s era restored WPA log cabin, and visitors can find all manner of Hoo-Hoo history, ranging from books, photographs, and memorabilia.

The spotlight of national fame has long shone on Gurdon, as visitors from all over journey to witness its ghostly lights. But when it comes to odd and quirky happenings, the Concatenated Order of Hoo-Hoo origin story and Hoo-Hoo headquarters further illustrates the colorful, and sometimes delightfully odd, history of Arkansas.