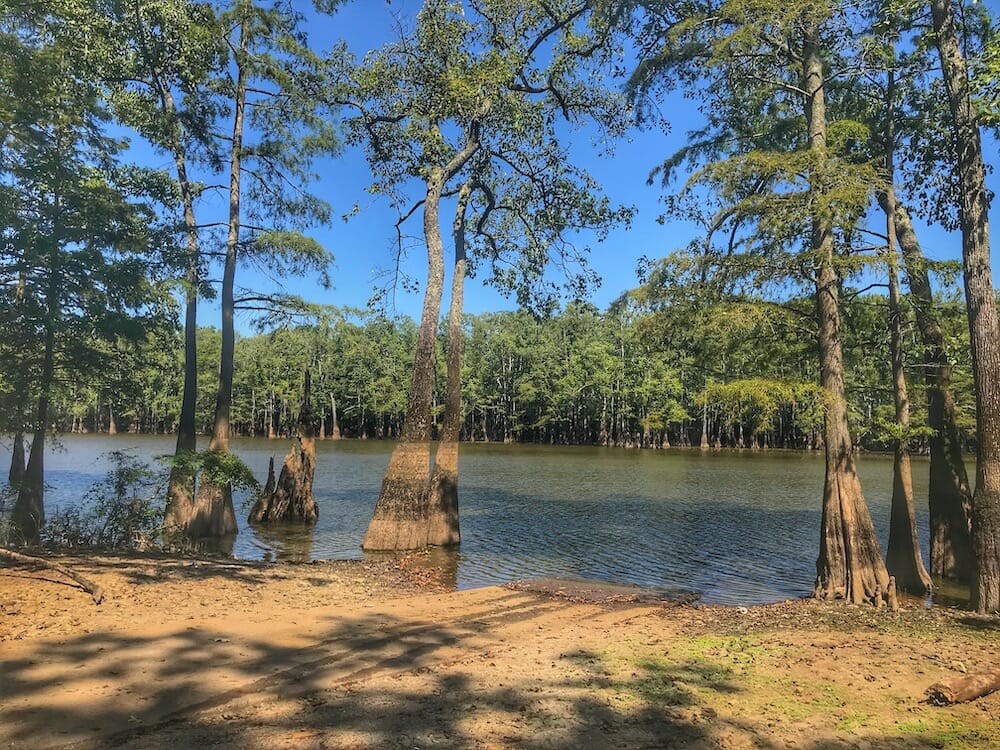 An outdoor paradise is just waiting to be explored in the central Arkansas region. Located near Bald Knob, the Henry Gray Hurricane Lake Wildlife Management Area invites outdoor-lovers to come and hunt, fish, camp or take to the water on a kayak or boat.

My family and I are always on the lookout for outdoor places to spend time and enjoy the beauty of Arkansas. My husband grew up fishing this site, a place we rediscovered as a family in the spring when it was mostly underwater. It’s still nice to find an outdoor gem, especially when it’s not too far from home. In fewer than 10 minutes, I can be at the U.S. Highway 64 entrance to the Henry Gray Hurricane Lake region with my fishing rod in hand, hoping to reel in a big one on the third-largest state-owned management area.

Henry Gray Hurricane Lake is one of Arkansas’s most frequented wildlife management areas, and after we took a drive through there on a Sunday last summer, it became clear why. The area encompasses more than 17,000 acres and comes loaded with possibilities for hunters, anglers, boaters and anyone looking to spend time outdoors.

Records indicate that in the early 1900s, Singer sewing machine company owned the land. The company operated a plant to dry and rough cut lumber near Trumann and the site may have been a source for lumber used to make sewing machine cabinets.

In 1930, Singer sold the land to the Fisher Body Corporation, which controlled 160,000 acres of timber in three states, including Arkansas. Fisher used lumber to construct car bodies for Buick, Cadillac and other car manufacturers. Shortly after their purchase, industry changes led to cars being made from steel, thus rendering the land less valuable to the automobile company. In 1941, the land was converted to a game refuge.

Wildlife Management Areas are often set up to help monitor wild animals and natural resources as a means of both conservation and recovery. This area was established as the Hurricane Lake Wildlife Management Area in 1958. In 1985, a name change was proposed to honor Henry Gray, a local who had been instrumental in securing the initial purchase of the land for the state.

The Wildlife Management Area is well-loved and well-used throughout the year. Within its boundaries flow Glaise Creek, the White River and the Little Red River. Eleven oxbow lakes ranging in size from three to 33 acres dot the area and provide ample opportunities for sportsmen and sportswomen.

Water control measures have made the management area an attractive stopover for migrating waterfowl. The site is flooded for much of the winter months, making it a prime location for duck hunting. To maintain the waterfowl population, there are bag limits and multiple regulations. Please review these rules before entering the area.

The booming deer population here attracts Arkansas hunters. Archery and crossbow hunters should follow state regulations. A Deer Hunt Permit is required to hunt with firearms in this wildlife management area. Along with other furbearers, hunting and trapping mink and raccoon are legal.

Located near the U.S. Highway 64 entrance is a camping area suitable for small RVs with picnic tables and a shared water source. Setting up in one of the 35 primitive camping areas would certainly be considered “roughing it,” and lots of insect repellent is recommended.

Although it is not yet officially designated, the Arkansas Game and Fish Commission has placed Arkansas Water Trail signs along several routes in the area. Kayakers also have access to the lakes throughout the management zone.

Despite the many outdoor opportunities, fishing is what brings the most people to the Henry Gray Hurricane Lake area, and it’s what drew my family to the area multiple times this summer.  It’s not unusual to see families parked along Glaise Creek or various lakes for a day of fishing and family fun. The most sought-after species include largemouth bass, crappie and bream. Access to the White and Little Red rivers also provide opportunities to fish for catfish and buffalo.

The area is an essential stopover for migrating waterfowl and shorebirds and at the right time of the year can be a birder’s paradise with the chance to observe more than 80 species.

Located near the entrance of the management area, sits 28-target archery range. The Hurricane Lake Bowhunters Association also built and donated a pavilion available for public use.

Flooding is becoming an increasing concern, particularly in the area known as the South Unit. As late as June 2020, much of the hardwood forest here was still underwater, primarily because of flooding on the White River and two of its tributaries, which pass through the designated land area. Flooding has led to dead and dying trees, which depletes the habitat needed for migrating waterfowl. The Arkansas Game and Fish Commission is currently exploring water control and management options. Still, with projected costs in the millions of dollars, it could be a long time before a viable solution is found.

If you love the outdoors, Henry Gray Hurricane Lake Wildlife Management Area is well worth the trip. If you’re lucky enough to live just down the road as I do, it’s a great place to revisit time and time again.