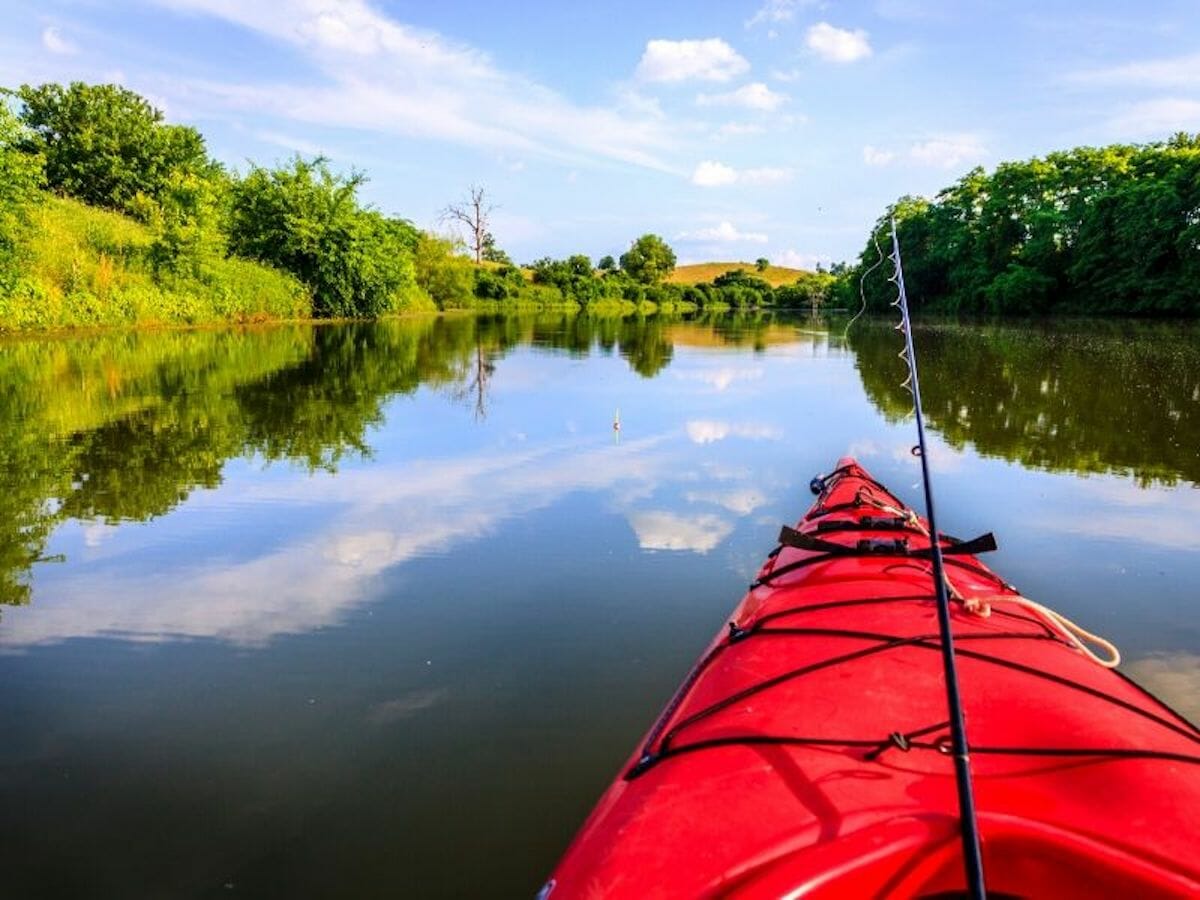 Arkansas is loaded with fishing hot spots, but some are only accessible by boat. For a long time, that meant only those lucky enough to own a boat or have a friend willing to take them along were able to reach Arkansas’s prime fishing locations. However, kayak fishing is now making it possible to catch a big one – no outboard motor needed.

Kayak fishing has been growing in popularity and for a good reason. Kayaks are available at a fraction of the cost of traditional fishing boats. As with most sporting equipment, buyers can spend a little or spend a lot. You can fish from a recreational kayak with a standard rod and reel, but true fishing kayaks are designed a bit differently. Typically, they are wider to add stability, acting as small fishing platforms so that you can stand while fishing. They can also be outfitted with adjustable seats, rod holders, bait wells, spots for coolers and other gear and foot peddles so you don’t have to keep up with a paddle. Whichever route you choose, it’s best to start with the basics and add equipment and amenities as you get more involved in the sport.

In addition to being less expensive, kayaks can reach areas not accessible to larger boats. A kayak can slip into a little cove without making much noise and without the risk of catching weeds in the motor, thus leading anglers to find bigger and better catches.

When it comes to fishing, you will quickly learn that anglers aren’t very forthcoming with revealing the location of their honey holes, but most are willing to give some pointers and steer newcomers in the right direction. So, while I can’t give you coordinates to exact locations, these spots around Arkansas are popular amongst kayak anglers. Load up, head out and discover your own favorite spots.

Little Red River (Heber Springs) – This river is popular for anglers who prefer to fly fish from their kayaks and yields brown and rainbow trout along with several other species.

Dry Fork Lake (Jessieville) – Largemouth bass, sunfish, crappie, catfish (Note that there is a health advisory out for mercury levels in predatory fish on Dry Fork Lake and catch and release is recommended.)

Connect with other Kayak Anglers

While many enjoy the solitude of kayak fishing, it doesn’t have to be an entirely solo sport. Angling tournaments are growing in popularity and gathering with friends to kayak fish is a wonderful way to spend a Saturday. To learn more about upcoming tournaments or to connect with other kayakers, check out these resources.

2 responses to “Kayak Fishing in Arkansas”