The Museum of the Arkansas Grand Prairie 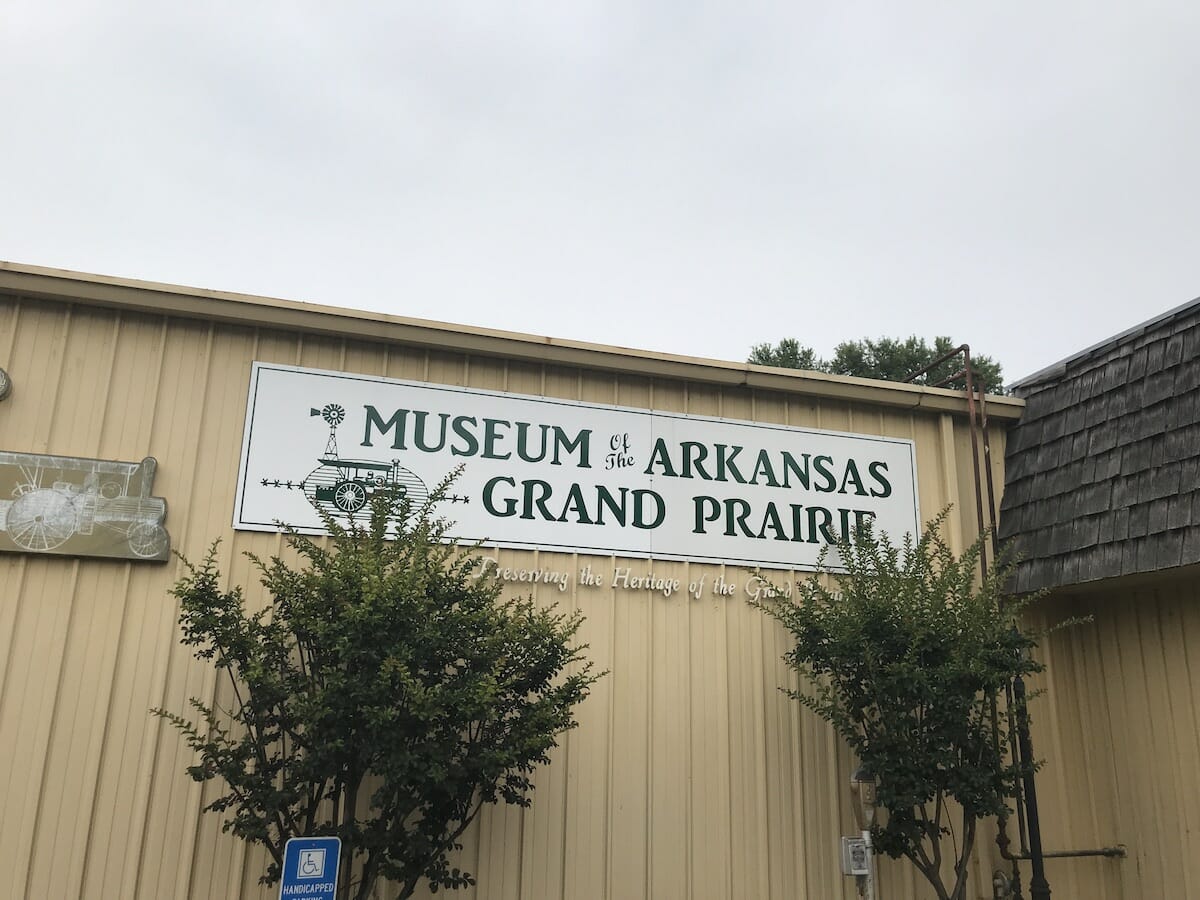 It is difficult to imagine the history of a southern prairie held together within the walls of a few buildings. But with more than 20,000 square feet of space and five additional outbuildings structures to hold replica exhibits, that is precisely what the Museum of the Arkansas Grand Prairie tries to do. Welcoming over 13,000 visitors each year, the museum runs on donations from its host city of Stuttgart and contributions from residents who desire to preserve the heritage of Arkansas County.

One of the best ways to learn about the past is to see and touch things from that time. Pictures and stories can provide insight, but the exhibits in the Museum of the Arkansas Grand Prairie are designed to fully immerse you in the Grand Prairie culture and prompt you to ask questions.

The museum opened in 1974 and was formerly known as both the Stuttgart Agricultural Museum and the Arkansas County Museum. Founders Bennie Burkett and Jack Crum built the museum to preserve the community’s heritage as a center for rice farming and duck hunting.

Gena Seidenschwarz, the museum’s archivist, has been there since 1994 when she was hired after previously working as a volunteer.

“I am so proud of what we have been able to do with the museum. We’re painting a self-portrait of what the future will see. We have worked hard to collect artifacts and information about the pioneers.”

Stuttgart History and The Grand Prairie

Stuttgart, Arkansas is known as the Duck and Rice Capital of the World. Long before settlers arrived, tall grasses and flowers flourished in the fields now known as the Grand Prairie. The museum celebrates the rich history of the Stuttgart community and its relationship with the unique prairie land which surrounds it.

The Grand Prairie stretched for 900,000 acres across the richly-watered Mississippi River Delta. Settlers initially avoided it over fears of malaria and wildfires, rampant in the dry season. When a few hearty German immigrants began to settle the area in the 1880s, it wasn’t long until they were cutting hay and planting rice.

Rice was not new to Arkansas; farmers had experimented with growing the grain as early as 1819, although many families in the state were still relying primarily on crops like cotton for income. To grow rice, farmers needed open land and sitting water. William H. Fuller, a farmer from Carlisle known as the Father of Arkansas Rice Farming, went to Louisiana on a hunting trip and noticed a connection between successful rice crops in Louisiana and the soil and land quality of the Grand Prairie. The Grand Prairie was often subject to seasonal flooding, terrible for the cotton crop but ideal for growing rice.

As rice farming became a profitable way of life for many in the Grand Prairie, they realized the cost of shipping their harvest to the established mills in Louisiana ate into their profits. In 1906, the first rice mill in Arkansas was built in Stuttgart and would pave the way for the community to become the rice capital of the world. Four additional mills would also follow. Now known as Riceland, those mills are currently producing more than 49 percent of all the rice in the United States.

Those German pioneers who came to Stuttgart took a risk when they moved onto the prairie and began to build a thriving agricultural industry out of land otherwise thought to be useless. The stories of those pioneers is celebrated by the museum in the 15,000 artifacts, many of which were donated by descendants.

This scaled-down authentic replica of a Grand Prairie village contains a mercantile, a doctor’s office, photography shop, millinery, grocery, post office and jail. Interestingly, the town’s millinery was owned and operated by a woman, something relatively unheard of in the early 1900s. Stuttgart has a history of being welcoming and supportive to women and minorities.

Flooding throughout the Grand Prairie creates an excellent habitat for migrating waterfowl and has also led to Stuttgart being a hot spot for duck hunters. The waterfowl wing celebrates the sport of waterfowl hunting and pays tribute to some of the greatest hunters in the state.

This large area contains a variety of farm implements that were used from the early 1900s. The collection includes walk-behind tools, a 1917 Avery tractor and a 1946 Harvest Brigade combine.

The transportation hall celebrates various transportation modes seen in Stuttgart over the years. Visitors can observe horse-drawn buggies, early model cars and learn about Stuttgart’s army airfield and their history with making aircraft.

The museum grounds are home to several important outbuildings. While the Lutheran Church and prairie cabin are replicas of original structures, the Prairie School is an actual rural schoolhouse.

Thanks to a monetary gift from Lennox Industries, the museum debuted audio technology in many of its displays this year. The project allows guests to listen to audio at select exhibits throughout the museum.

Seidenschwarz is proud that most of the 15,000 artifacts are actual pieces used by Stuttgart pioneers on Stuttgart soil. Each has a unique story and is likely connected to a family that still lives in the area.

“We still regularly receive donations of artifacts from families in the community. This museum is not just for the community, but the community supports it through their continued generosity. We can’t change our story, but we can learn more about it.”

The Museum of the Arkansas Grand Prairie contains exhibits that will appeal to all ages of visitors. To take in most of what the museum has to offer, plan to spend at least an hour.

3 responses to “The Museum of the Arkansas Grand Prairie”