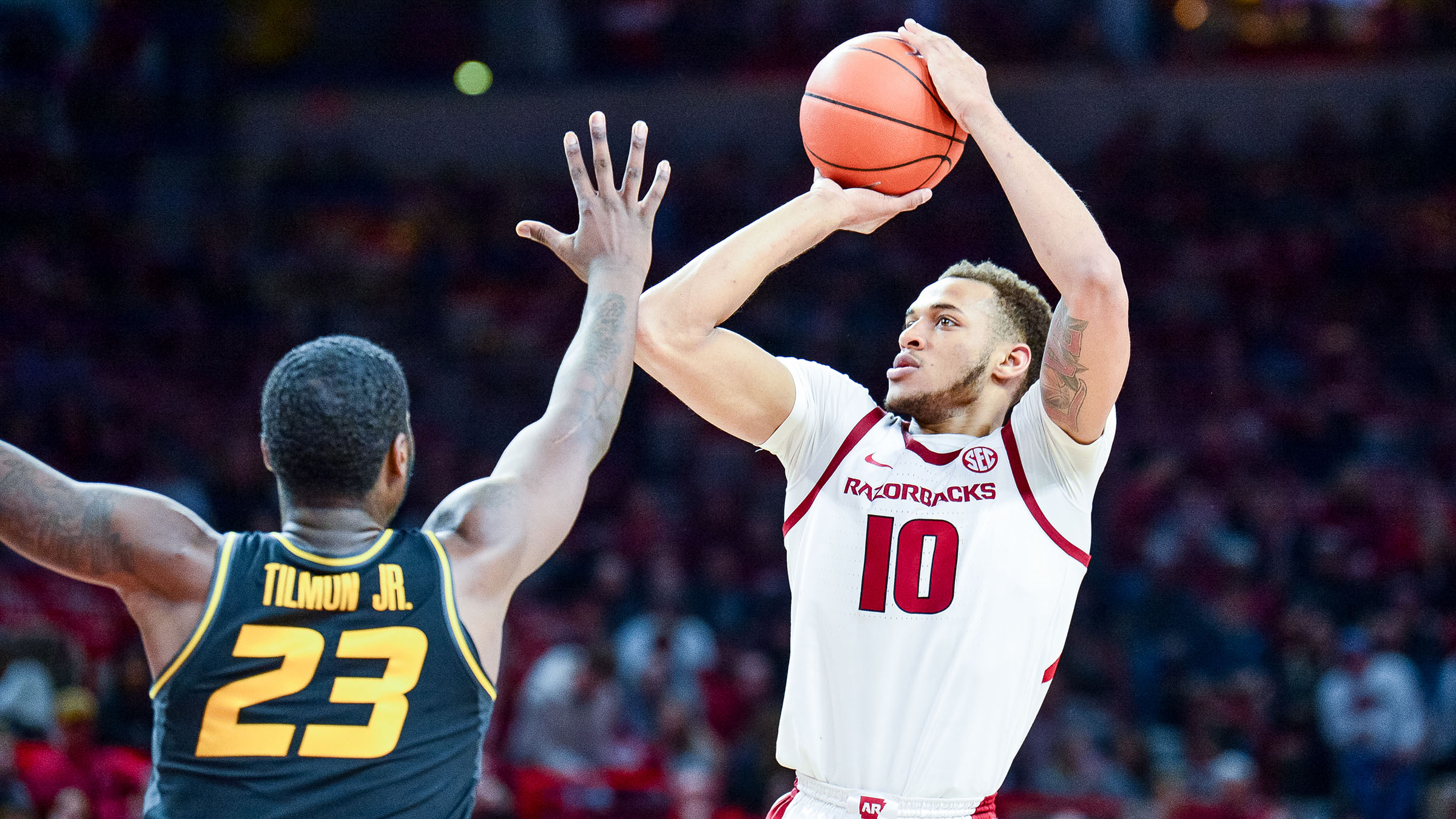 In one way, getting picked by the Chicago Bulls in the 2019 NBA Draft was the start of a new journey for the former star Razorback. It was also the end of another.

At first, it was very tough. “I didn’t know the game of basketball at all,” Gafford recalled. “I was always the biggest kid out there, but I didn’t know what to do,” he told The Stadium. “I was always running around like a chicken with my head cut off.”

For years, Gafford struggled with confidence. How could he excel when he could barely dribble with his dominant hand? Of course, he wanted to play for the Razorbacks, but that seemed like the longest of shots. And the NBA?

On top of that, Gafford was shy, more comfortable with playing clarinet and bass drum in the Wildcats’ school band. “I used to put myself down a lot in high school. I almost quit basketball.”

But that’s where his people stepped in. Friends and family gave him the support he needed. “They’re all encouraging people. My dad [Wayne Gafford] is the wisest man I know. He helps me out a lot,” Gafford told THV 11’s Dorian Craft. “My mom — she’s more on the crazier side. She has a crazy temper, but she has a more calm side also. And that calm side helps me out a lot.”

As Gafford grew in height, eventually reaching nearly 6’11”, so did his game rise.

As a senior, he averaged 17.4 points, 16 rebounds, 7.7 blocks and 2.4 steals a game. In all, he helped El Dorado win 79 percent of its games, and he expected to continue those winning ways at Arkansas.

It didn’t quite go as planned. Gafford made a splash as a freshman, helping push the Hogs into the 2018 NCAA Tournament. He decided to forgo a likely first-round selection in last year’s NBA Draft to return for his sophomore season in hopes of improving both his draft stock and pushing the Hogs closer to a national title.

Though Gafford shined individually, averaging 16.9 points, 8.7 rebounds and 2 blocks, the Razorbacks won only 53 percent of their games and didn’t return to March Madness. But as fast as Gafford is, he doesn’t try to run from taking responsibility.

“When it comes to those games we lost, some of them I didn’t show up to. And it’s stuck in my mind — I could have done this or that better throughout the season to prevent all those losses.”

In 2018-19, Gafford got better at his strengths, namely finishing around the basket and attacking the rim on fast breaks. Those are the skills which ultimately attracted Chicago. “He’s a defensive rolling center, high energy, can run the floor. He’s very athletic,” said John Paxson, a Bulls executive. “His rebounding numbers, analytically, his shot-blocking numbers were really high. He played in a really difficult conference and produced.”

Yet Daniel Gafford didn’t show improvement at his biggest weakness — the outside shot. In fact, he barely attempted shots beyond 15 feet at Arkansas. Some of that, Gafford told Craft, was because he felt it was in the team’s best interest to stay inside. There, he hit about two-thirds of his shots.

There’s another reason for passing up wide-open jumpers, too. “Sometimes, the confidence just wasn’t there. I thought I was gonna miss and [the other team] would score off a fast break.” Fortunately, he still had friends and family to lean during the lows. “I have my girlfriend on my side. She helps me a lot,” he added.

In the end, Gafford says he decided to go pro after his sophomore season as a way to help his inner circle. “I want to give back to them because of what they gave to me.”

Daniel Gafford fell from the NBA Draft’s first round into the second round at No. 38 in large part because of his lack of a three-point shot. More and more, such range is necessary to thrive from the “stretch four” position where he’ll start his career. “He’s essentially a one-trick pony on offense, living around the rim on pick-and-rolls and offensive rebounds,” NBCSports’ Mark Strotman wrote. “He took just 16 shots outside of the paint last season.”

Still, the NBA player to whom Gafford is most compared —  Houston’s Clint Capela — has excelled in a similar non-outside shooting role. Gafford told The Stadium he’s followed Capela’s example by trying “to pattern my game as much as I can off of pick and roll situations, being able to finish at the rim, rebounding skills.” Fortunately, Gafford will be coached by Bulls assistant Roy Rogers, the former Rockets assistant who helped transform Capela into one of the league’s best rim runners.

In season one, Gafford will play behind young Bulls Lauri Markennen and Wendall Carter Jr. His long-term success, though, depends on how well he hones his overall game.

Here, Gafford seeks to emulate another player long described as a SportsCenter Top 10-level “athletic freak”: Blake Griffin. “He was once a back to the basket guy, and now he’s doing everything, he’s shooting threes,” Gafford said. “I know it took hard work for him to do, and I know I can do the same thing.”

So, no, Daniel Gafford isn’t yet comfortable hitting long shots on the court. But that should develop in due time. He’s made the biggest long shot of his life so far just by getting to the NBA.