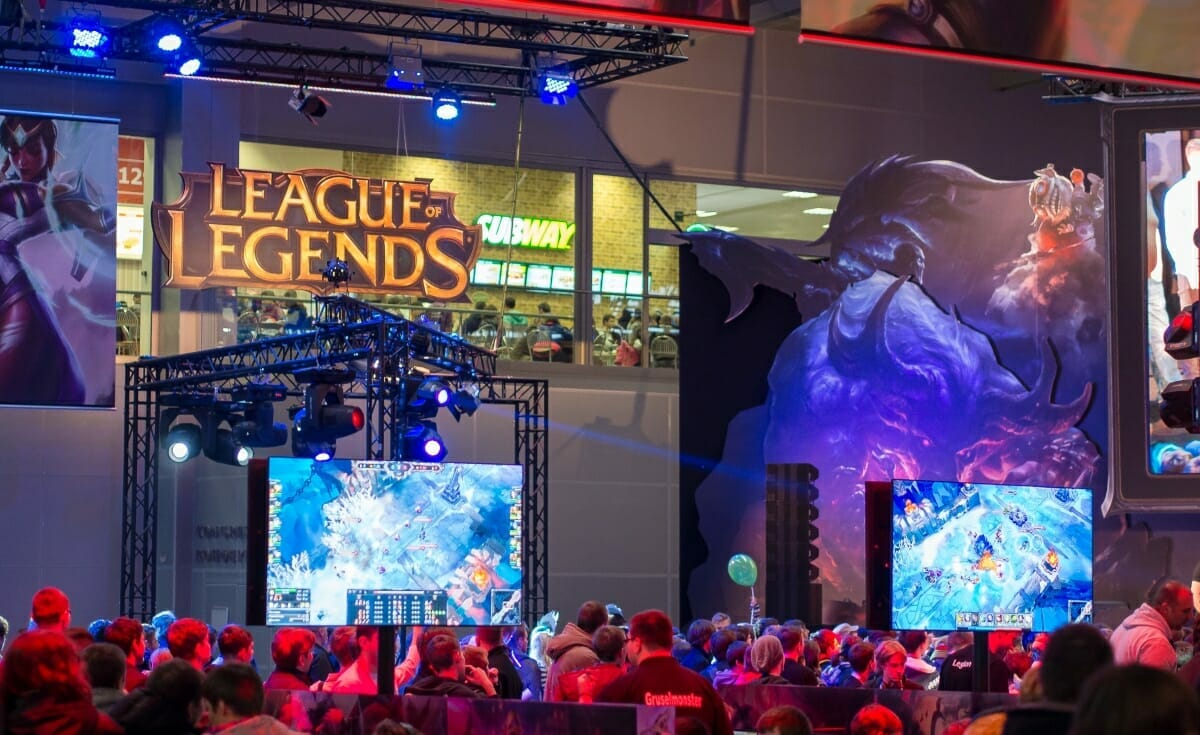 If you grew up when video games were played on simple consoles between one or two players, or the very idea of video games was a flight of fancy itself, you’re not alone. The inventor of the first video game, physicist William Higinbotham, had no idea video games would catch on in the future. He first created the game “Tennis for Two” to serve as an interactive exhibit at Brookhaven National Laboratory to liven up what he considered an otherwise boring collection of exhibits for visitor’s day in October of 1958.

Higinbotham’s game was a hit that day and stayed in the lab for two years, but the reality of what he’d invented remained obscure until Magnavox began producing the first video games for commercial use in the early 1970s. One of those early favorites was Pong, a game remarkably similar to Higinbotham’s initial tennis game. Today, the video game market is a 100 billion dollar industry worldwide, and it’s predicted to grow to over 250 billion by 2025. Nearly 2 out of every 3 homes in the U.S. have a gaming system.

For children growing up today, video games are as much a part of life as school, homework and physical sports. With the ability to play anyone in the country, or in the world, it’s no surprise that eSports have been growing in popularity among children and adults. Esports leagues exist across Arkansas and offer an interesting way for people to connect, compete and have fun.

What are esports and how do they work?

Esports are competitions played through video games, usually involving multiple players. Players can be organized into teams, but they don’t have to be in the same location to play, as all competition takes place virtually. Esports began to gain popularity in the late 1990s and early 2000s, but the first esport competition took place in 1972 on the campus of Stanford University, where students competed against each other in Spacewar. Atari organized a competition in the 1980s and soon world records were being kept for games like Pac-Man and Donkey Kong, games that were traditionally arcade games but were now making the leap to individual gaming consoles for the home as Atari, Nintendo, and other companies took the arcade and video games craze straight to where the players lived.

When the internet connected the world in the 1990s, it also opened up a connection between video gamers that didn’t exist before. Previous gaming competitions meant gamers had to gather together in the same location to compete, much like a typical sporting event. With the internet, players could compete against each other online from anywhere in the world, as long as they had a strong internet connection.

Soon, game creators took notice. They began to organize competitions around individual games, like Nintendo, which held a worldwide Wii Games competition in 2010. Others followed, gathering thousands of players, and even more interesting, millions of viewers, who started to follow the competitions of their favorite games online. Prize money also increased in these competitions. A tournament called The International 2019 had the largest prize pool in esports history, totaling over 34 million dollars. In 2021, esports is predicted to generate $1 billion in revenue and the esports movement shows no signs of slowing down. In fact, this year esports are predicted to garner more viewers than any professional sports league in the U.S. except the NFL.

In Arkansas, esports has been gaining in popularity along with the rest of the world. Many schools now offer esports alongside traditional sports as an extracurricular activity. The Arkansas Activities Association partnered with PlayVS, an esports online platform for amateur esports. Through PlayVS, Arkansas schools compete against each other in several leagues, including League of Legends, FIFA 21, Madden 21 and Rocket League. These are all incredibly popular video games that are easily played as teams. For example, the Arkansas AAA Rocket League has 207 teams enrolled in competition. What’s unusual about playing esports that isn’t typically seen in traditional sports is the level playing field: boys and girls compete on the same team, and smaller schools compete against larger schools.

Colleges and universities are also increasingly providing esports for their students, as the number of gamers continues to grow, and students who competed in high school expect to find esports opportunities in college. Henderson State University was the first university to offer scholarships for esports. In the 2020-2021 season, it awarded $20,000 in scholarships to esports athletes. Many other universities have esports clubs on campus as well.

If the rise in esports is surprising to some, it’s important to remember this isn’t students sitting alone in their dorm rooms playing video games for hours on end. Esports are played collectively. Teams meet together on campus for practice and competitions. They travel to events to compete against others. It’s as social as any other club or sport, and the competition is fierce. There are 175 teams in the National Association of Collegiate Esports, including Arkansas State University.  The number of participating colleges is likely to grow every year.

Esports Across the State

As for those who want to play outside of high school and college, there are growing opportunities to do so in the state. Cities and other organizations have joined in creating leagues for gamers who are outside of high school. Fayetteville offers three leagues for players of all ages. Cabot Parks and Recreation offers esports opportunities for anyone age 13 and up. Part of their mission is to make esports “available to every child or adult as an alternative sports option. We want to connect all gamers across Arkansas and expand the knowledge of ESports.”

During the pandemic, the Arkansas Soccer Association decided to create a league for its athletes. Executive Director James Walker wanted to give their players “an outlet for competition and an opportunity to connect with their peers.” The ASA league required each esports competitor to be a registered player with the Arkansas Soccer Association, which allowed the league to confirm the identity of each player and create a safe atmosphere for online competition.

Businesses have jumped into the market as well. The GRID Gaming Lounge is a video game lounge and center for all ages in Fayetteville. The GRID offers beginners the opportunity to use great equipment to learn about gaming, and they even offer coaching. Players can also bring their own teams to compete together, or individuals can join teams. The emphasis is on providing a social community for gamers. Hot Springs Esports Center and Spec Ops Gaming Lounge in Little Rock provide similar experiences. Expect to see more of these gaming centers in the future as the popularity of esports continues to rise.

Esports arenas are also on the rise. Like gaming centers, they offer places to play with top-of-the-line equipment and the latest games. Arenas also offer daily competitions for as little as $5 an hour, making this a fun and cost-effective way to join in with friends or online competitors. The largest esports arena is in Las Vegas, Nevada, a 30,000 square foot facility with multiple levels and rooms for competitions. Esports arenas also host large, live events in the esports world, allowing players and fans to come together in person instead of a virtual environment.

The future of esports promises to bring more games and an even bigger audience to the sport. For those in Arkansas who want to give esports a try, or who are dedicated gamers searching for both competition and connection through esports, it’s easier than ever to find a team, a gaming center, and esports enthusiasts around the state.