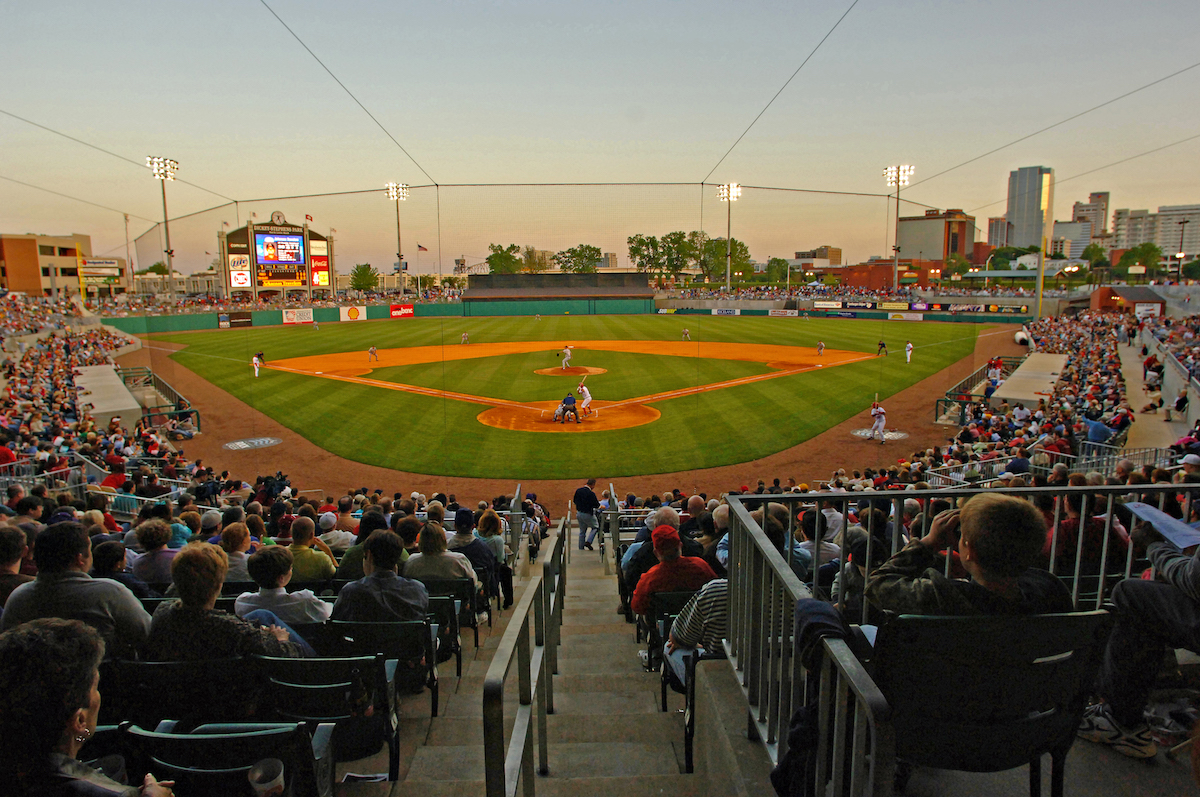 The one constant through all the years, Ray, has been baseball. America has rolled by like an army of steamrollers. It has been erased like a blackboard, rebuilt and erased again. But baseball has marked the time. This field, this game: it’s a part of our past, Ray. It reminds of us of all that once was good and it could be again. – James Earl Jones as Terence Mann in Field of Dreams

Appropriately, on a Friday the 13th, the sports page headline surprised very few. Baseball Season on Hold…Opening Day Postponed. It was an announcement that wary Americans and the most ardent baseball fans supported, as concern for the Covid-19 pandemic overshadowed even the National Pastime. Despite the disappointment of a delayed season, for one Arkansas organization of baseball fans there is never a time without baseball, never a postponement, and never an offseason. The Robinson-Kell Chapter of the Society for American Baseball Research (SABR) enjoys a baseball “season” that never ends.

Baseball is indeed a unique game. It is the game of our grandfathers. Likely the first game we played with our fathers, with underhanded tosses, and overdone cheers for any accidental contact. Some form of this game gave us our first chance to put on a uniform and be part of a team. It may have been something called T-ball, Teeny League, or Softball, but we were all dressed alike, mom took a lot of photographs, and the bar for success was low. Foul balls drew cheers, miss-fielded ground balls became home runs, and even losses earned celebrations at the Dairy Queen. We were ballplayers, our dads had been ballplayers, and our granddads had been ballplayers. It was summer, the grass was green, and all was well in the world.

Baseball is also an historic game, bound in tradition, evaluated against legendary heroes and volumes of recorded statistics.  Documentary film producer Ken Burns describes it as a game that “compares every major league player to every player who has gone before.” It is this unique combination of childhood memories and historical reverence that makes baseball fans uncommonly dedicated to their game. Those self-described “baseball fanatics” can even find excitement in a sport with a season on hold and games unplayed.

In the spring of 1971, a baseball super-fan named Bob Davids sent a letter to about 40 other baseball fanatics around the nation to determine if there was interest in forming an organized group interested in searching for a “deeper understanding of the game.” Fifteen of those contacted met that summer in Cooperstown, New York, to organize the Society for American Baseball Research. They called themselves “statistorians,” to reflect the group’s interest in the math of baseball and the history of the game.

The little group of SABR fanatics worked in virtual obscurity for about 15 years until SABR researcher Bill James published a book called Baseball Abstracts that influenced much of modern baseball’s analytics. James coined the phrase “sabermetrics” to identify his new statistical categories and Oakland A’s General Manager Billy Beane proved the theories worked on the field. With sabermetrics as a guide, the A’s made the playoffs four consecutive years. Billy Beane became the subject of the movie Money Ball starring Brad Pitt and SABR’s James was chosen one of Time Magazines “100 most Influential People.” The obscure group of baseball fanatics was no longer obscure.

By the early 2000s, the suddenly-popular SABR was promoting regional chapters and Arkansas was among the first states in the South to organize a local chapter. Like Bob Davids had done on a national level, a young engineer from Bryant, named Madison McEntire, sent emails to those he thought would be interested in talking about baseball year-round in an organized chapter of SABR.  Like Davids 30 years earlier, McEntire found his like-minded baseball fanatics.

The first meeting of Arkansas SABR took place in McEntire’s office on May 8, 2004 with nine potential members on hand. The group chose the name Robinson-Kell as a chapter name to honor Arkansas’ Hall of Fame third basemen. Brooks Robinson and George Kell were outstanding major leaguers and were coincidentally inducted into the Baseball Hall of Fame together in 1983.

Since that meeting over 15 years ago, the Robinson-Kell Chapter has met 30 times. Meetings are now scheduled on National SABR day in January, and the afternoon before an Arkansas Traveler home date in August. Special events are scheduled throughout the year and the conversations never end.

Most meetings include an opening presentation by a former major leaguer from Arkansas or a special guest with a baseball background. In 2018-2019, Robinson-Kell welcomed St. Louis Cardinal great Dick Hughes, a native of Stephens, as well as former major leaguers, Russ Nagelson, Ryan Kuroski, and Allen McDill.

Several members of the Robinson-Kell Chapter have received attention for noteworthy research projects. Charter member, Terry Turner, authored Baseball in Little Rock in 2004. The book is the most respected work on the history of the Arkansas Travelers. Member, Dr. Robert Reising, is a nationally respected baseball author. His book, titled Chasing Moonlight, chronicles the life of Moonlight Graham, made famous in the movie Field of Dreams. Chapter President McEntire’s book called Big League Trivia will guarantee the reader an opportunity to stump fellow baseball fans with “Facts, Figures, and Oddities” from our National Pastime. All are available in book stores and at Amazon.

Charter member, Jim Rasco, one of Arkansas’s most respected historians, was inducted into the Arkansas Sports Hall of Fame in 2017. Rasco also edited a pictorial and informational history of the First 60 Years of the ASHOF. Charter member, Mike Dugan, was instrumental in the organizing of Hot Springs Baseball Weekend, a celebration of baseball in Arkansas. This year’s event will take place in October.

Charter member, Dr. Fred Worth, has received national attention for his work in locating the graves of former professional baseball players. Dr. Worth has now visited nearly 8,000 such graves. Caleb Hardwick, a long-time member and an authority on baseball research, is the founder and administrator of The Arkansas Baseball Encyclopedia, one of the most complete resources on Arkansas’ colorful baseball history.

The next scheduled meeting of the Arkansas Society for American Baseball Research will be in August 2020. The meeting will take place at Dickey-Stephens Park the afternoon before a Traveler home game. While the Robinson-Kell Chapter of SABR is affiliated with the national organization, guests are not only welcomed, but cordially invited. Check back for more details on the chapter website.

Love is the most important thing in the world, but baseball is pretty good, too.  – Yogi Berra