10 Daytrips and Outings in Little Rock 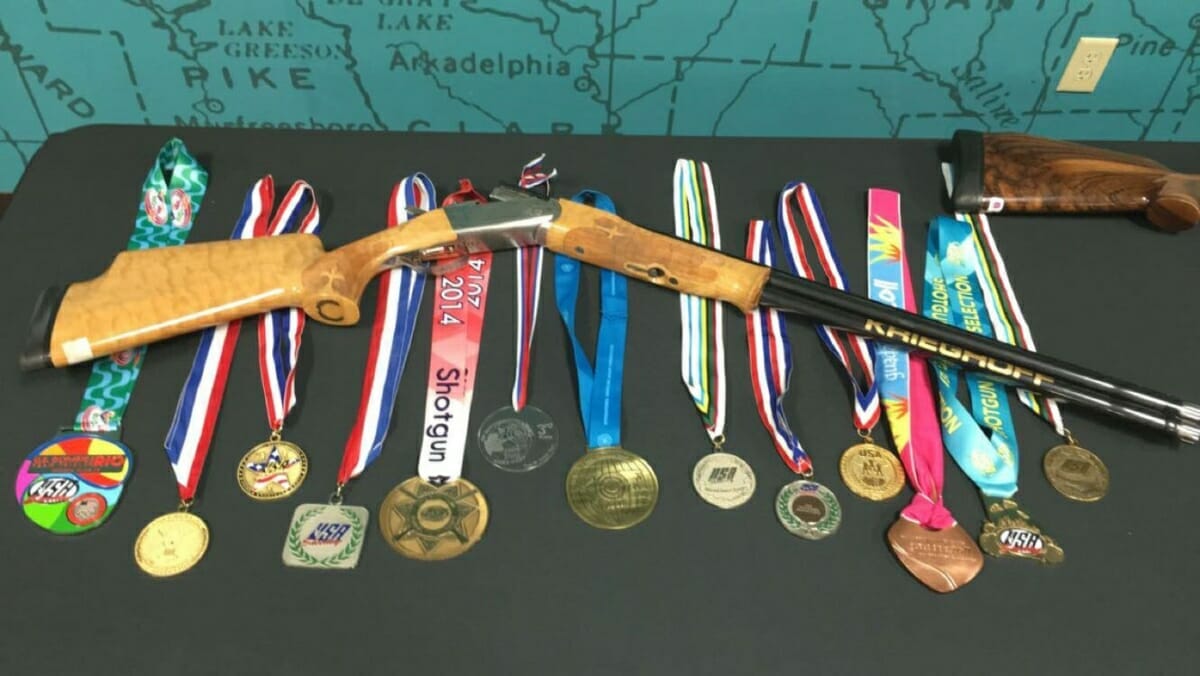 For many athletes, competing in the Olympics is a dream many envision, but not many will go on to achieve, let alone change sports to do so. This week, Arkansan Kayle Browning will compete in trap shooting at the Toyko Olympics. Her journey to becoming an Olympian includes growing up in Arkansas and switching events to be able to compete internationally and make the Olympic team.

Browning grew up in Wooster, Arkansas where she learned to shoot from her dad, Tommy Browning. Her father was a five-time national champion in sporting clays and won the international competition once as well. He has been Kayle’s coach for 20 years and the rock behind her Olympic drive. Kayle often accompanied her father hunting and the senior Browning set up targets in their yard for his daughter to shoot. Kayle graduated from a BB gun to a shotgun at age 8, when she started competing in sporting clays. In this game, which simulates hunting, competitors must shoot clay pigeons moving at various speeds and trajectories. This mimics the different conditions in hunting, instead of shooting targets with the same speed and trajectories, as in trap or skeet shooting.

Browning excelled in sporting clays, quickly working her way up the shooter classification system, which grades shooters from levels D up to A before adding Master or Grand Master. By the time she was 14, Browning had won several sporting clays competitions as she worked towards becoming a Master class shooter. Then she discovered that shooting was an Olympic sport and the Olympic dream kicked in. But with one problem: sporting clays wasn’t in the Olympics. Browning made the decision to switch to international trap.

This Olympic sport is difficult in that competitors are farther away from targets and targets are thrown at greater speeds. Still, Browning made the adjustment and went after her dream. Her father set up an Olympic-sized trap shooting range on their land to allow Kayle to practice without having to leave home.

Browning made her first international trap traveling team at the age of 15 and attended her first world cup in Munich, Germany. She realized the competition was quite serious in international trap. Browning had always loved to shoot but knew she needed to train hard if she wanted to reach her goal. She began training up to seven or eight hours a day. In high school, she worked to help pay for the many bullets and targets needed for such intensive training. Her efforts paid off.

Now 28 years old, Kayle has medaled in world championships, world cup tournaments, and twice medaled in the Pan American Games. She was an alternate for the 2012 Olympic games but didn’t compete. Most recently, Browning was the 2019 Shooting Olympic Trials Gold Medalist and was named a 2020 Olympic Team Member. Browning will finally achieve her dream of competing in the Olympics when the international trap competition is held on July 28, 2021 in Tokyo.

Kayle Browning is part of the 20-member shooting team representing the United States. But she will fill the lone slot for Team USA in the women’s international trap competition. Browning will first compete in a round of qualifications. If she qualifies as one of the top competitors, then she will go on to the semi-final round and, hopefully, the final round, which are both scheduled for July 29, 2021. If you’re a fan of shooting sports, there are plenty of competitors to watch at the 2021 Olympics. The shooting competitions open with the women’s air rifle and men’s air pistol competitions on July 24. Events will continue until August 2, 2021, with a full schedule available at olympics.com.

For the first time, the Tokyo Olympics will also include mixed shooting competitions, with a male and female shooter competing together in addition to her women’s competition. Browning will compete alongside a male teammate as they try to capture a gold medal together. In 2019, she and fellow Olympian Brian Burrows were the silver medalists at the Olympic trials. This is the first year the shooting competitions will include mixed-gender events in trap, skeet and rifle shooting. It is an effort on the part of the Olympic Committee to provide gender equality. Three men’s-only events were removed while the mixed events took their places. The mixed trap event begins Friday, July 30.

Kayle Browning at Home in Wooster

Outside of the Olympics, Browning is a skilled coach and helps shooters of all ages and abilities better their skills. She’s also an avid duck hunter and continues to hunt on her own and with her father each season. She’s also a Realtor with a penchant for flipping houses. In a recent interview with Ducks Unlimited, Browning spoke about why she loves shooting and coaching others. “Most people can pick up a gun and, when you’re in the right hands, somebody can show you the proper way to hit a target and it becomes really fun. It’s not as intimidating as people might think.

While Kayle Browning gets to live out her Olympic dream and hopefully bring home a medal, because of the ongoing Covid-19 pandemic, her parents will be unable to attend the competition. Instead, they will hold watch parties at home in Wooster, where Kayle Browning has trained so hard to reach this spot in her 20-year career as a shooter. Whether Browning medals or not, she’ll return to Arkansas knowing she accomplished what many athletes dream of, but few ever get to experience, by competing as an Olympian.

For other Tokyo Olympians with Arkansas ties, click here!