Kick It Up — FootGolf in Arkansas 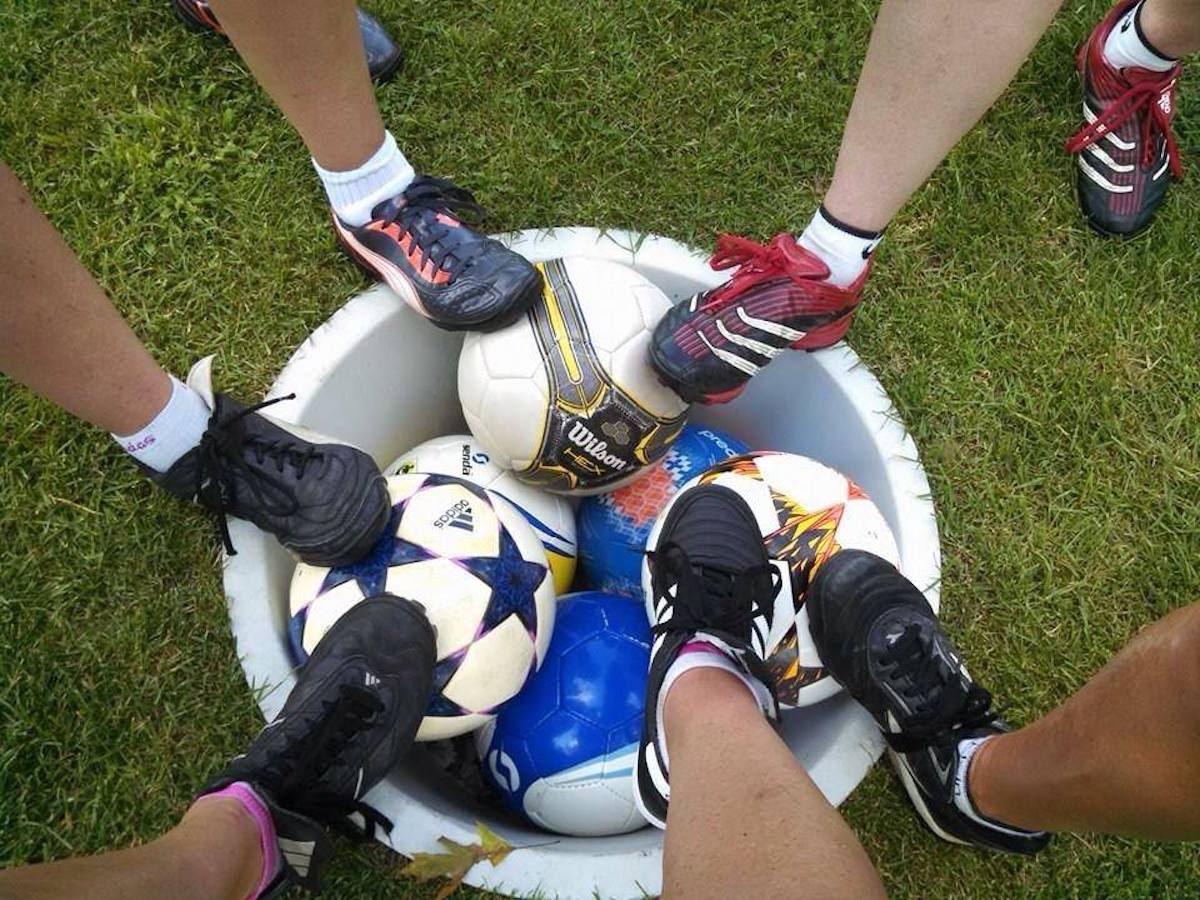 When my mom called a few months ago and asked if I had ever heard of FootGolf, I assumed she was just once again confusing her sports. She is not exactly known for being trendy or particularly familiar with current topics, sports included. (“Hey! That quarterback threw a home run!”) She certainly gets points for trying.

As it turns out, this time she wasn’t confused at all; FootGolf is an actual sport, and it has shown up right here in Arkansas.

FootGolf is a young sport that combines soccer and golf and was first played in the U.S. in 2011. The game generally follows the rules and etiquette of golf and is usually played on a golf course. Rather than cleats, players typically wear golf apparel and indoor soccer flats. Players “tee off” and attempt to kick the ball along the fairway to a 52-centimeter cup using the fewest shots possible.

With an official start in the Netherlands in 2008, FootGolf’s origins can be traced back as early as 2001. The idea came when footballers (remember it’s only called soccer in the U.S.) would end practice sessions by trying to kick the ball back to the changing room with the fewest number of kicks. Eventually, someone realized the similarity to golf. What started as a fun game between friends began to morph into something a bit more organized.

In 2015, owners of the historic Belvedere Golf Course in Hot Springs hoped to revive their business and became the first FootGolf course in Arkansas. Although the course ultimately closed, it still gets recognition for bringing the new sport of FootGolf to the Natural State.

Around the same time, the Pine Valley Golf Course in Sherwood also added FootGolf and it continues to be popular especially among college children and families. The attendant in the pro shop mentioned that the sport has helped to keep the course busy between peak golf times.

While tee times aren’t required, all of the courses that offer FootGolf suggest calling ahead since, during peak times, priority will be given to golfers. Here in Arkansas none of the courses allow cleats. And while most have balls you can rent, many suggest you bring your own, especially if you have several players in your group. Greens fees vary, but overall FootGolf is an inexpensive form of physical activity and entertainment.

Mom wasn’t wrong. FootGolf is real, and a lot of fun for children of all ages; the whole crew is likely to laugh a lot and have a great time with a sport that might become a new family favorite.

Check out these golf courses that offer FootGolf and book a tee time or plan a birthday party. All have 18 holes, with some using the first or back nine for FootGolf. If your local course isn’t offering it yet, share this article and encourage them to do so.

One response to “Kick It Up — FootGolf in Arkansas”